AFTERMATH. A woman looks at her neighbor's damaged house after a rocket exploded between their homes in a residential area in Kharkiv as Russia's attack on Ukraine continues, Ukraine, April 8, 2022.

Facebook Twitter Copy URL
Copied
'There is little doubt the move was in response to our reporting on the war in Ukraine,' Human Rights Watch says

Russia’s justice ministry said on Friday, April 8, it had revoked the registration of 15 foreign organizations, including Amnesty International and Human Rights Watch (HRW).

The Russian units of the organizations, which also included the Carnegie Endowment for International Peace, “were excluded due to the discovery of violations of the current legislation of the Russian Federation,” the ministry said in a statement.

The decision, which did not give details of any violations, was announced days after New York-based HRW said it had found “several cases of Russian military forces committing laws-of-war violations” in Ukraine.

Russia has repeatedly denied war crimes allegations by Ukraine and Western countries during its six-week-long invasion of Ukraine and denies targeting civilians. 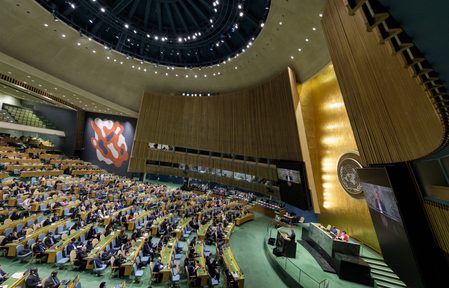 “There is little doubt the move was in response to our reporting on the war in Ukraine,” HRW said.

“The Russian government had already made it abundantly clear that it has no use for any facts regarding the protection of civilians in Ukraine. This is just one small further proof of that,” it said on Twitter.

Russia says it is conducting a “special military operation” to demilitarize and “denazify” Ukraine. The Kyiv government and its Western allies reject that as a false pretext for an unjustified invasion.

Other organizations whose registration was revoked on Friday included a branch of the Rosa Luxemburg Foundation, the Aga Khan Foundation, and the Institute of International Education.

Nine German organizations were included as well as three from the United States, one from Britain, one from Poland, and one from Switzerland. – Rappler.com