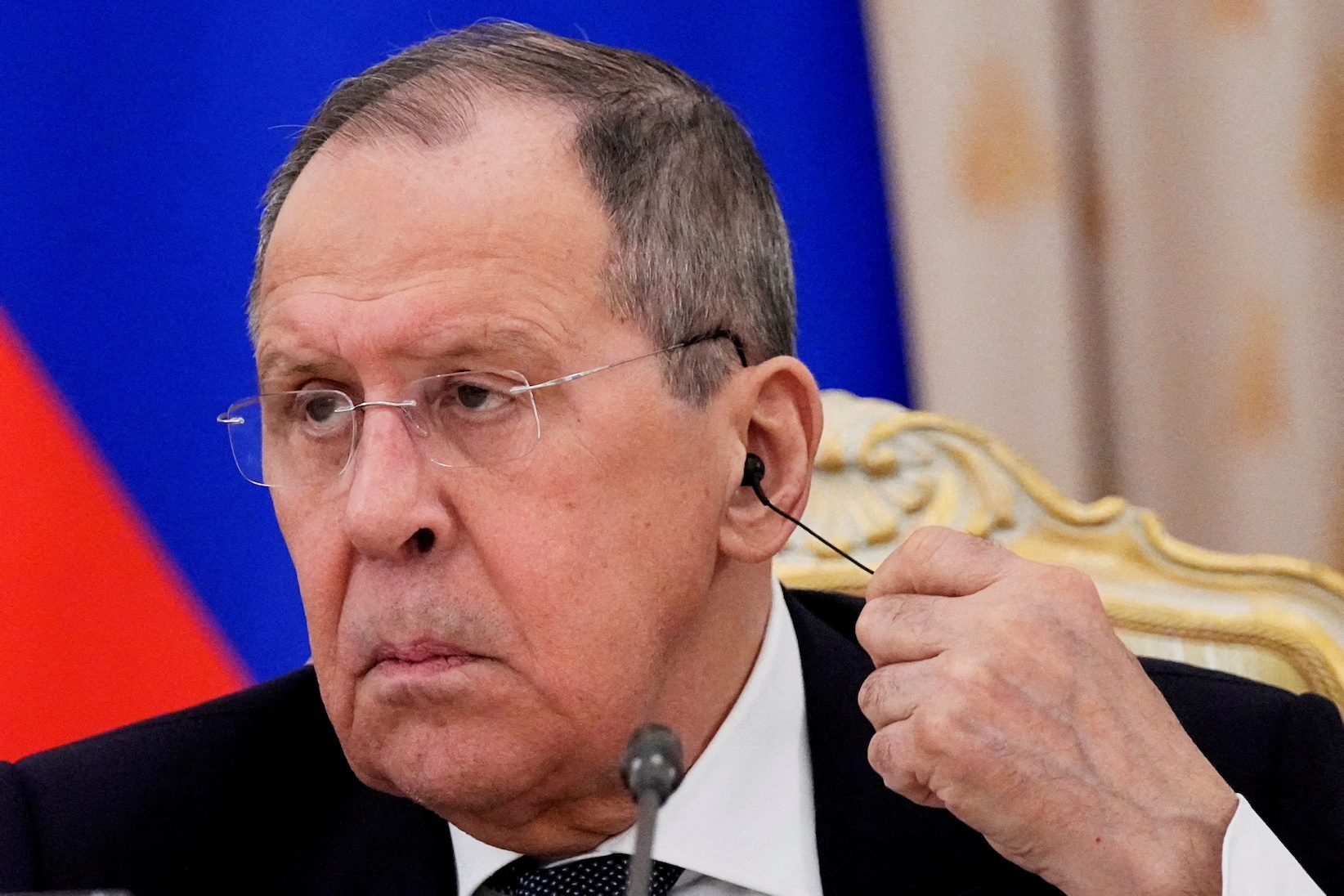 Facebook Twitter Copy URL
Copied
The Kremlin says talks with Ukraine are not progressing as rapidly as it would like, and has accused the West of trying to derail negotiations

The Kremlin has said talks with Ukraine are not progressing as rapidly as it would like, and has accused the West of trying to derail negotiations by raising war crimes allegations against Russian troops in Ukraine, which Moscow denies.

Lavrov said on Thursday that Ukraine had presented a draft agreement on Wednesday that deviated from proposals both sides’ negotiators had agreed on.

Ukraine’s new draft, according to Lavrov, said the status of Crimea, which Moscow annexed from Ukraine in 2014, should be raised at a meeting between the two countries’ presidents.

It also said Ukraine could hold military drills with foreign countries without receiving Russia’s permission, something Moscow disagrees with.

“Such inability to agree once again highlights Kyiv’s true intentions, its position of drawing out and even undermining the talks by moving away from the understandings reached,” Lavrov said, adding that the proposals were “unacceptable”.

Kyiv says it is committed to the talks but is not willing to give up its sovereignty and territorial integrity.

Presidential adviser Mykhaylo Podolyak, one of Ukraine’s negotiators, said Lavrov’s comments should be seen as a tactic to undermine Ukraine or divert attention from war crime accusations against Russian troops.

“To make any changes to our position to weaken it would be pointless,” he said in written comments to Reuters.

“Mr Lavrov is not directly related to the negotiation process, and so his statements are pure propaganda.”

Ukrainian forces have mounted stiff resistance and the West has imposed sweeping sanctions in an effort to force Russia to withdraw its forces.

Lavrov said Russia was now keen to continue with the talks and secure its own demands.

“Despite all the provocations, the Russian delegation will continue with the negotiation process, pressing for our own draft agreement that clearly and fully outlines our initial and key positions and requirements,” he said. – Rappler.com