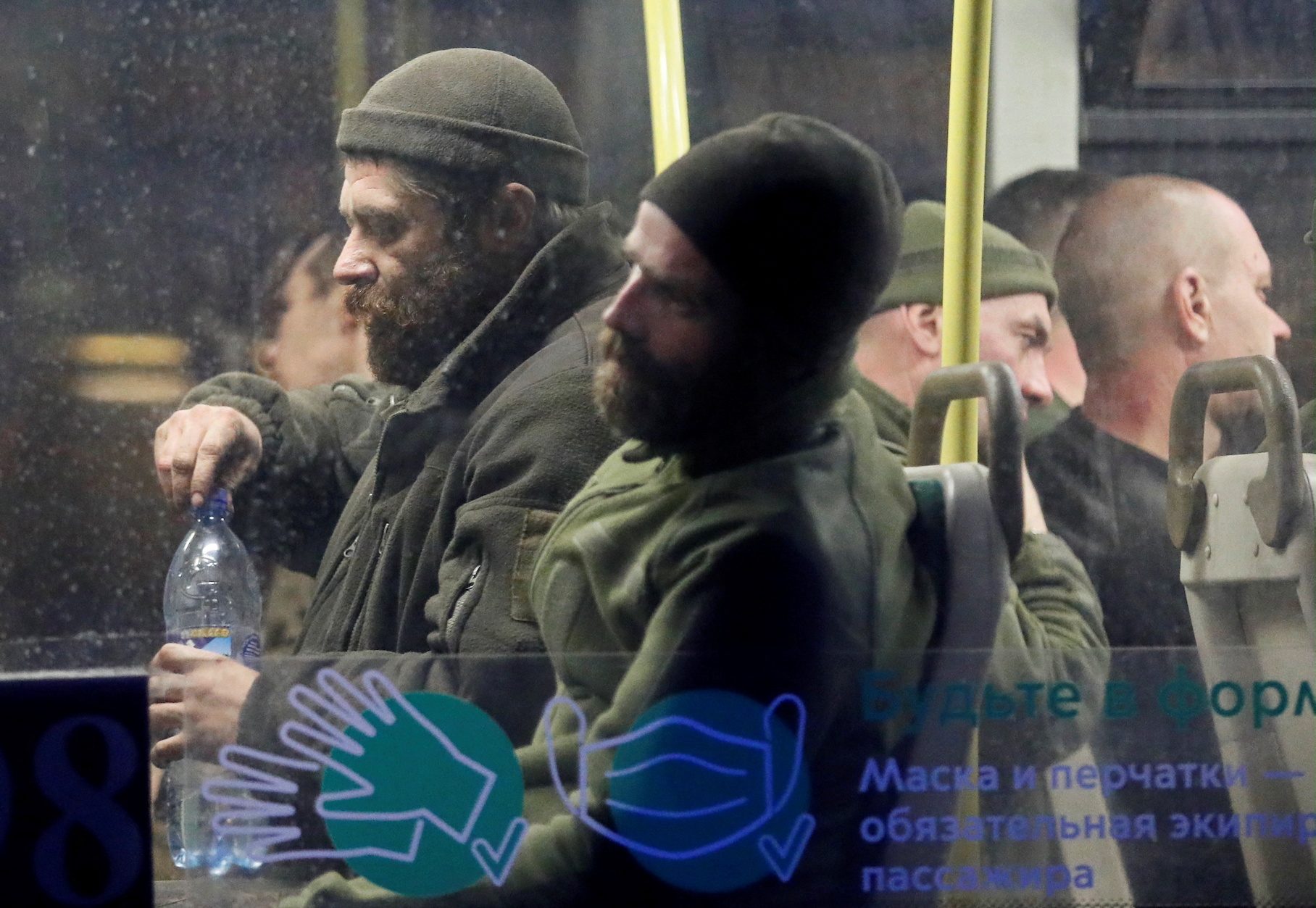 Service members of Ukrainian forces who have surrendered after weeks holed up at Azovstal steel works are seen inside a bus, which arrived under escort of the pro-Russian military at a detention facility in the course of Ukraine-Russia conflict in the settlement of Olenivka in the Donetsk Region, Ukraine May 17, 2022. REUTERS/Alexander Ermochenko

Russia said on Wednesday, May 18, that a total of 959 Ukrainian fighters, including 80 wounded, had surrendered from the bunkers and tunnels below Mariupol’s Azovstal steelworks since Monday.

The defense ministry said 694 Ukrainian fighters – including members of the Azov regiment – had surrendered in the past 24 hours, including 29 wounded.

In the latest update on what Moscow calls its special military operation, the ministry said Russia also struck eastern Ukraine with missiles in the Soledar area of the Donetsk region. Russia struck 76 control points and 421 troop and artillery points, including 147 artillery and mortar, with missiles and artillery, the ministry said.

It hit a Ukrainian battery of 155-mm M777 howitzers manufactured by the United States, the ministry said.

It was not possible to independently confirm the claims. – Rappler.com