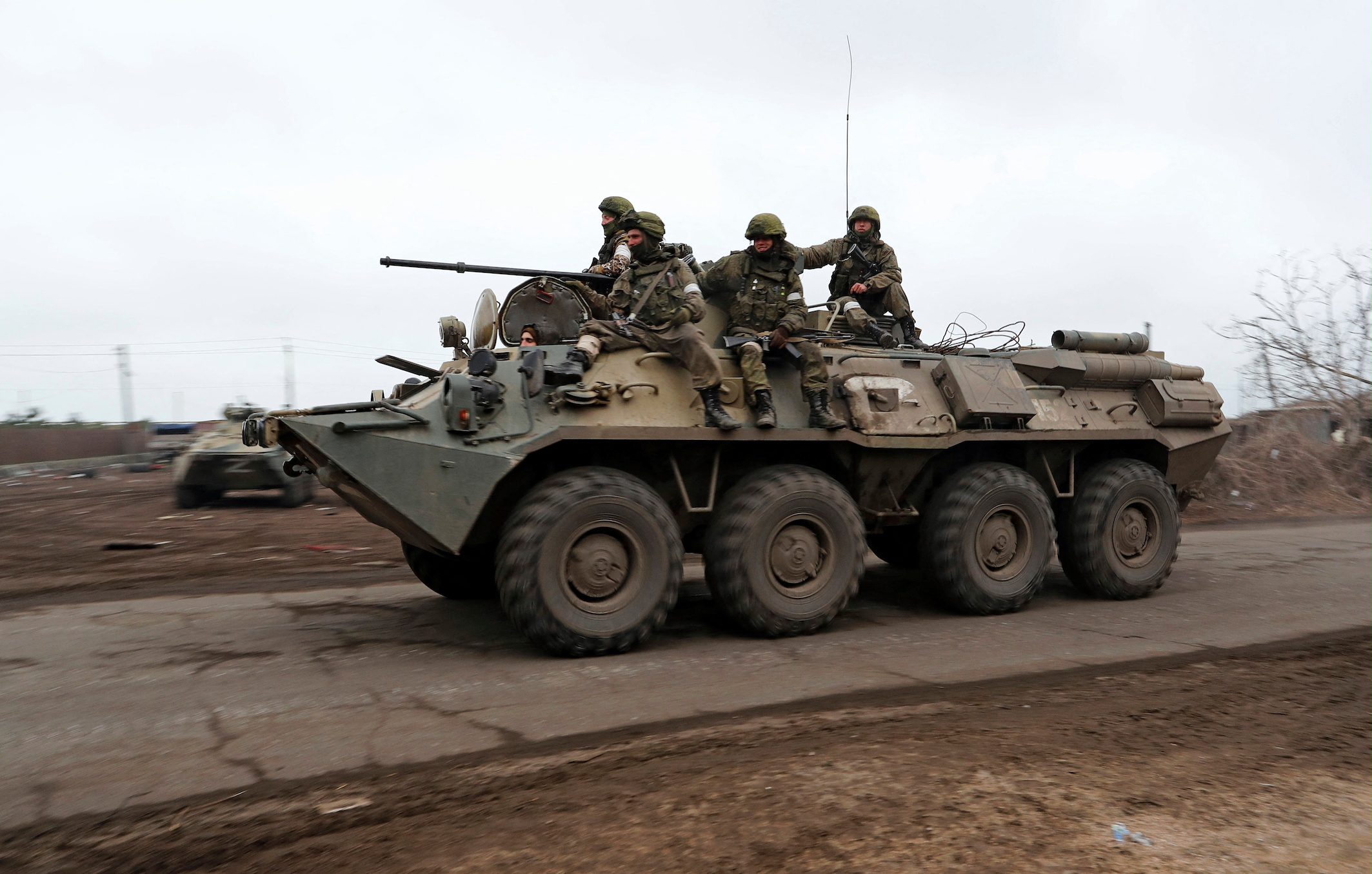 Facebook Twitter Copy URL
Copied
(1st UPDATE) Surrounded and bombarded by Russian troops for weeks and the focus of some of the fiercest fighting in the war, Mariupol would be the first major city to fall since Russia invaded Ukraine on February 24

More than 1,000 Ukrainian marines have surrendered in the port of Mariupol, Russia’s defense ministry said on Wednesday, April 13, signaling that it had moved closer to capturing the ruined city, its main strategic target in eastern Ukraine.

If the Russians take the Azovstal industrial district, where the marines have been holed up, they would have full control of Mariupol, Ukraine’s main Sea of Azov port, reinforcing a southern land corridor before an expected new offensive in the country’s east.

Surrounded and bombarded by Russian troops for weeks and the focus of some of the fiercest fighting in the war, Mariupol would be the first major city to fall since Russia invaded Ukraine on February 24.

Russia’s defense ministry said 162 officers were among the marines who had surrendered to Russian and pro-Russian separatist forces. 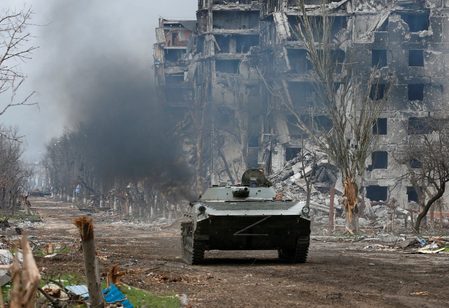 “In the town of Mariupol, near the Ilyich Iron and Steel Works, as a result of successful offensives by Russian armed
forces and Donetsk People’s Republic militia units, 1,026 Ukrainian soldiers of the 36th Marine Brigade voluntarily laid down arms and surrendered,” the ministry said in a statement.

Ukraine’s general staff said Russian forces were proceeding with attacks on Azovstal and the port, but a defense ministry spokesman said he had no information about any surrender.

On Monday, Ukraine’s 36th Marine Brigade said it was preparing for a final battle in Mariupol that would end in death or capture as its troops had run out of ammunition.

Tens of thousands of people are believed to have been killed in Mariupol and Russia has been massing thousands of troops in the area for a new assault, Ukrainian President Volodymyr Zelenskiy said.

“We have destroyed more Russian weapons and military equipment than some armies in Europe currently possess. But this is not enough,” he said in a social media video, reiterating calls for tanks, fighter jets, and missile systems.

Ukraine accuses Russia of blocking aid convoys to tens of thousands of civilians it says are still trapped in Mariupol.

“Within Azovstal at the moment there are about 200 wounded who cannot receive any medical assistance,” Kadyrov said in a Telegram post. “For them and all the rest it would be better to end this pointless resistance and go home to their families.”

Russian television showed pictures of what it said were marines giving themselves up at Illich Iron and Steel Works in Mariupol on Tuesday, many of them wounded.

Ukrainian Deputy Defense Minister Hanna Malyar has said there was a high risk of Russia using chemical weapons in their assault on the country, echoing earlier warnings by Zelenskiy that Russia was using phosphorus bombs to terrorize civilians.

He did not provide evidence and Reuters has not been able to independently verify his assertion.

Chemical weapons production, use and stockpiling is banned under the 1997 Chemical Weapons Convention. White phosphorous, although condemned by human rights groups, is not banned.

Moscow’s incursion into Ukraine, the biggest attack on a European state since 1945, has seen more than 4.6 million people flee abroad, killed or wounded thousands and left Russia increasingly isolated on the world stage.

The Kremlin says it launched a “special military operation” to demilitarize and “denazify” Ukraine. Kyiv and its Western allies reject that as a false pretext for an unprovoked attack.

The presidents of Poland, Lithuania, Latvia and Estonia arrived in Kyiv to meet Zelenskiy, the Polish leader’s office said, joining a growing number of European politicians to visit since Russian forces were driven away from the country’s north.

US President Joe Biden said for the first time that Moscow’s invasion of Ukraine amounted to genocide, a term denounced by Kremlin spokesman Dmitry Peskov.

“This is hardly acceptable from a president of the United States, a country that has committed well-known crimes in recent times,” Peskov told reporters.

An initial report by a mission of experts set up by Organization for Security and Cooperation in Europe (OSCE) documents a “catalogue of inhumanity” by Russian troops in Ukraine, the US ambassador to the OSCE said.

Russia has denied targeting civilians and has said Ukrainian and Western allegations of war crimes are fabricated.

Many towns from which Russia retreated in northern Ukraine were littered with the bodies of civilians.

International Criminal Court Prosecutor Karim Khan said after visiting Bucha, a town where bound bodies of people
apparently shot at close range were found, that Ukraine was a “crime scene” and this was within ICC jurisdiction.

“We have to pierce the fog of war to get to the truth,” Khan said on Twitter.

Interfax Ukraine news agency quoted the Kyiv district police chief saying 720 bodies had been found in the region around the capital, with more than 200 people missing.

The General Headquarters of the Armed Forces of Ukraine said Russian forces were maintaining attacks on civilian infrastructure in the Kharkiv region in the northeast and the central Zaporizhzhia region.

At least seven people were killed and 22 wounded in Kharkiv over the past 24 hours, Governor Oleh Synehubov said. A 2-year-old boy was among those killed, he said in an online post.

He said Ukrainian forces shot down two Russian planes which were attacking towns in Kharkiv.

Reuters could not independently verify the information. – Rappler.com