Russian forces advance in factory city; US to send precision rockets to Ukraine 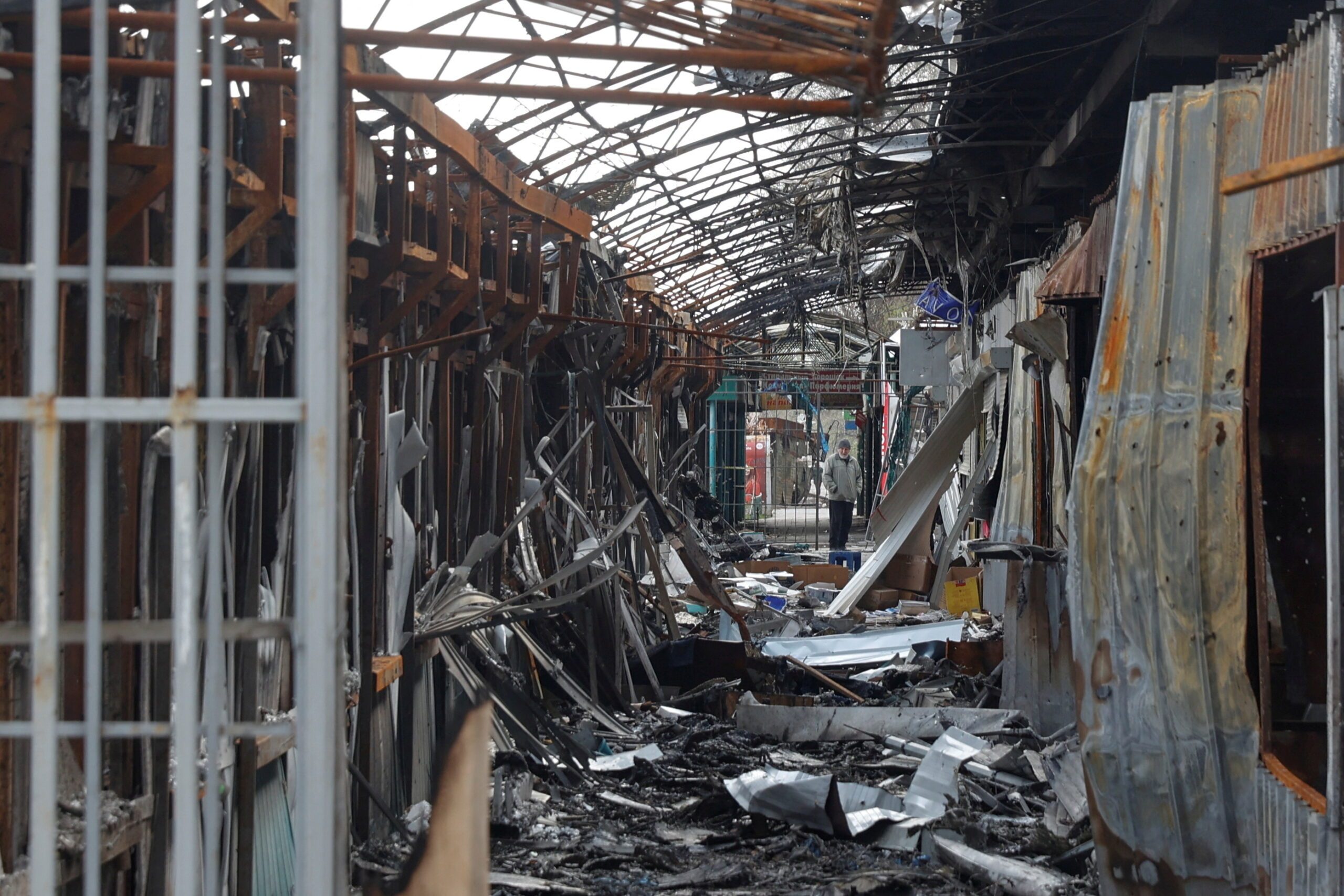 FILE PHOTO: A local resident stands next to debris of an open market destroyed by a military strike, as Russia's attack on Ukraine continues, in Sievierodonetsk, Luhansk region, Ukraine April 16, 2022. REUTERS/Serhii Nuzhnenko/File Photo

KYIV, Ukraine – Russian forces on Wednesday, June 1, pressed closer to the center of an industrial city in a drive to grab a swathe of eastern Ukraine, while the United States said it would supply advanced rockets to Kyiv to help force Moscow to negotiate an end to the war.

Ukraine’s General Staff said Russian forces, now 98 days into their invasion, were pounding infrastructure in eastern and southern regions including the symbolically important city of Sievierodonetsk, which they entered on May 27. It has been the main focus of their ground offensive for several weeks.

Sievierodonetsk, a Soviet-era city, houses a large chemical factory. According to local governor Serhiy Gaidai, a Russian airstrike hit the plant on Tuesday, blowing up a tank of toxic nitric acid and releasing a plume of pink smoke.

Russia “attacked the Azot factory from a plane, resulting on the release of toxic substances,” Gaidai said, urging residents to remain inside. Reuters could not independently confirm the cause of the incident.

President Joe Biden announced the supply of precision rocket systems and munitions that could strike at long-range Russian targets, part of a $700 million weapons package expected to be unveiled on Wednesday.

“We have moved quickly to send Ukraine a significant amount of weaponry and ammunition so it can fight on the battlefield and be in the strongest possible position at the negotiating table,” Biden wrote in an opinion piece in the New York Times.

A senior Biden administration official said the new supplies – which comes on top of billions of dollars worth of equipment such as drones and anti-aircraft missiles – included the M142 High Mobility Artillery Rocket System (HIMARS), which Kyiv has said is “crucial” to counter Russian missile attacks.

Addressing concerns that weapons such as HIMARS could draw the United States into direct conflict, Jonathan Finer, deputy White House national security adviser, said Washington had asked Ukraine for assurances the missiles would not strike inside Russia.

Russia, however, warned of an increased risk of direct confrontation with the United States.

“We believe that the United States is purposefully and diligently adding fuel to the fire,” Kremlin spokesman Dmitry Peskov told reporters, adding that such supplies would not encourage Ukraine’s leadership to resume stalled peace talks.

Shortly after the US decision was announced, the Russian defense ministry said Russia’s nuclear forces were holding drills in the Ivanovo province, northeast of Moscow, the Interfax news agency reported.

Some 1,000 servicemen were exercising in intense maneuvers using more than 100 vehicles including Yars intercontinental ballistic missile launchers, it cited the ministry as saying. The report did not mention the US decision.

Russia has also completed testing of its hypersonic Zircon cruise missile and will deploy it by the end of the year on a new frigate of its Northern Fleet, a senior military officer said on Wednesday.

If Russia captures the city and its smaller twin Lysychansk on the west bank of the Siverskyi Donets river, it will hold all of Luhansk, one of two provinces in the eastern Donbas region that Moscow claims on behalf of separatists and a key war aim of President Vladimir Putin.

Ukrainian forces now control just 20% of Sievierodonetsk, Russian forces 60% and the rest has become a “no-man’s land”, Oleksandr Stryuk, the Ukrainian head of the city administration, told Reuters in an interview.

“The 20% is being fiercely defended by our armed forces… Attempts are being made to drive out the Russian troops… We have hope that despite everything we will free the city…,” Stryuk said.

Governor Gaidai said Lysychansk was easier to defend as it is located on a hill but Russian forces would target it with artillery and mortars once in full control of Sievierodonetsk.

Jan Egeland, head of the Norwegian Refugee Council aid agency which had long operated out of Sievierodonetsk, said up to 12,000 civilians remain trapped in the crossfire, without sufficient access to water, food, medicine or electricity.

Ukrainian President Volodymyr Zelenskiy has called for more weapons while lambasting the European Union, which agreed on Monday to cut imports of Russian oil, for not sanctioning energy from Russia sooner.

The EU will ban imports of Russian oil by sea. Officials said that would halt two-thirds of Russia’s oil exports to
Europe at first, and 90% by the end of this year.

Responding to the EU oil embargo, Russia widened its gas cuts to Europe, driving prices higher and ratcheting up its
economic battle with Brussels. Moscow said on Wednesday it could re-route oil exports to limit its losses.

Russia’s invasion has jolted European security arrangements, prompting Sweden and Finland to seek NATO membership. The Nordic duo said on Wednesday they were talking with NATO member Turkey to address its concerns that they provide a safe haven for Kurdish militants.

The war has also disrupted Ukraine’s exports of wheat and other commodities, hitting consumers with higher food prices especially in the world’s poorest countries.

Pope Francis appealed on Wednesday for all blockades on wheat exports from Ukraine to be lifted, saying grain should not be used as a “weapon of war”.

Putin launched what he calls a special military operation on February 24 to disarm and “denazify” Ukraine. Ukraine and its Western allies call this a baseless pretext for a war of aggression. – Rappler.com