Battle for Ukraine’s Sievierodonetsk ebbs and flows through city streets 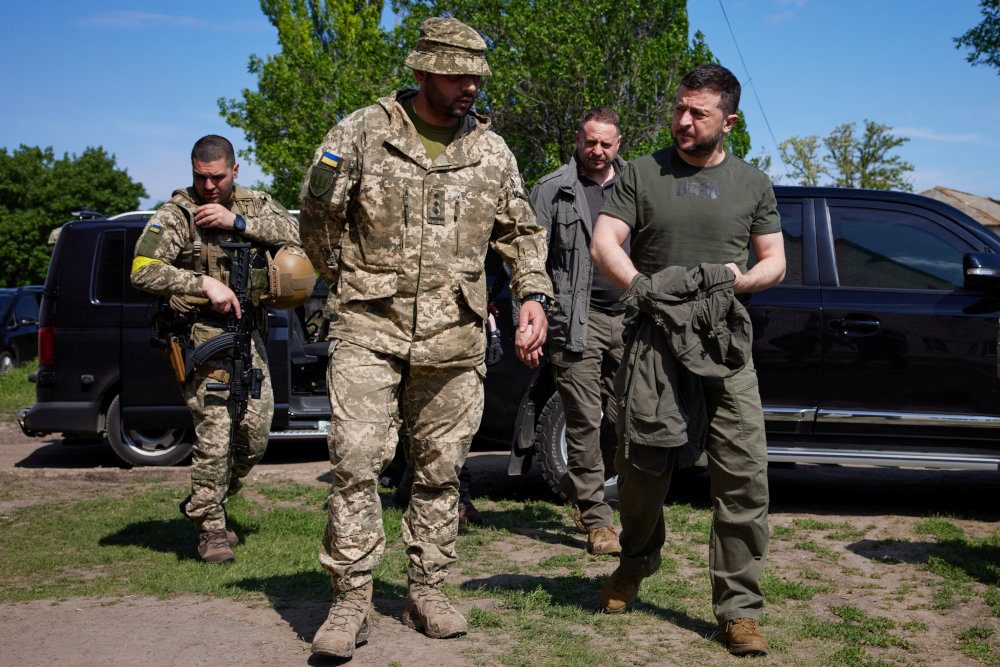 Facebook Twitter Copy URL
Copied
(1st UPDATE) 'What you all deserve is victory – that is the most important thing. But not at any cost,' Ukraine President Volodymyr Zelenskiy tells Ukrainian troops in a video released on June 5

KYIV, Ukraine – Intense fighting between Ukrainian and Russian forces raged in the streets of the industrial city of Sievierodonetsk on Monday, June 6, in a pivotal battle for advantage in eastern Ukraine, the provincial governor said.

The Ukrainian defenders had over the weekend regained control over about half the city just as the Russians appeared on the verge of victory.

“Our defenders managed to undertake a counter-attack for a certain time, they liberated almost half of the city. But now the situation has worsened a little for us again,” Gaidai said.

The Ukrainian forces were holding positions in Sievierodonetsk’s industrial zone, he said.

Both sides say they have inflicted huge casualties in Sievierodonetsk, the largest city in Luhansk province still held by Ukraine.

The city has become the main target of a Russian offensive in Ukraine’s Donbas region – made up of Luhansk and Donetsk provinces – as the Kremlin’s invasion of the country grinds on in a war of attrition that has seen whole cities laid waste by Russian artillery bombardments.

Russia says it is on a mission to “liberate” the Donbas after Ukraine pushed its troops back from the capital Kyiv and Ukraine’s second biggest city Kharkiv in the war’s early stages.

Ukrainian President Volodymyr Zelenskiy sought to rally his troops on Sunday with a visit to two cities close to the front lines.

“What you all deserve is victory – that is the most important thing. But not at any cost,” Zelenskiy, wearing his trademark khaki T-shirt, said in a video.

Zelenskiy said he had travelled to Lysychansk, south of Sievierodonetsk, and Soledar – rare outings for him outside of Kyiv since the start of the Russian invasion on February 24.

In a boost for Kyiv, Britain said on Monday it would supply Ukraine with multiple-launch rocket systems that can strike targets up to 80 km (50 miles) away. The systems would give the Ukrainians the more precise, long-range firepower needed to reach Russian artillery units, a key component of Moscow’s battle-plans.

The British move was coordinated with the United States, which last week pledged to supply Kyiv with advanced rocket systems.

Russia attacked Kyiv with missiles for the first time in more than a month on Sunday. Ukraine said the strike hit a rail car repair works, while Moscow said it had destroyed tanks sent by Eastern European countries to Ukraine.

Oleksandr Kamyshin, head of Ukraine’s railways, confirmed four missiles had smashed into the Darnytsia railcar repair facility but said no military hardware was at the site.

Normal life had largely returned to Kyiv since Russian forces were driven from its outskirts in March. The missile strikes had only one goal – “kill as many as possible”, Ukrainian presidential adviser Mykhailo Podolyak said.

Russia says the strikes are part of a campaign to degrade Ukraine’s military infrastructure and block Western arms shipments.

Britain’s Ministry of Defense said on Monday that while heavy fighting continued in Sievierodonetsk, Russian forces were also pushing towards Sloviansk, which lies about 85 km (53 miles) to the west.

In Lysychansk, divided from Sievierodonetsk by a river, Russian forces fired on a bakery and several administrative and residential buildings, Governor Gaidai said on Monday. One civilian had been wounded, he said.

Some 60 km (40 miles) to the south, on the front line near Bakhmut, Ukrainian soldiers said the situation was difficult but they had no choice but to push back the Russians. A unit commander who gave his name as Maxym appealed for more arms from Ukraine’s allies.

“This is our home, our land. We will fight for every piece of this land.”

Russian forces were fortifying their positions in the Kharkiv region and shelling Ukrainian positions to keep hold of the territory they had occupied, Ukraine’s military general staff said.

It said Russia was targeting civilian infrastructure in several towns in the region and the regional administration said three civilians were killed and 10 wounded in shelling.

It was not immediately possible to verify the toll. Moscow denies targeting civilians.

The governor of Russia’s western Kursk region, Roman Starovoit, said the border village of Tyotkino had come under fire from Ukraine on Monday morning that targeted a bridge and some businesses. There were no immediate reports of casualties.

Russia calls its action in Ukraine a “special military operation” mounted to stamp out what it sees as threats to its own security. Ukraine and its Western allies dismiss this as nonsense and say it is an unprovoked war of aggression that risks turning into a wider European conflict. – Rappler.com