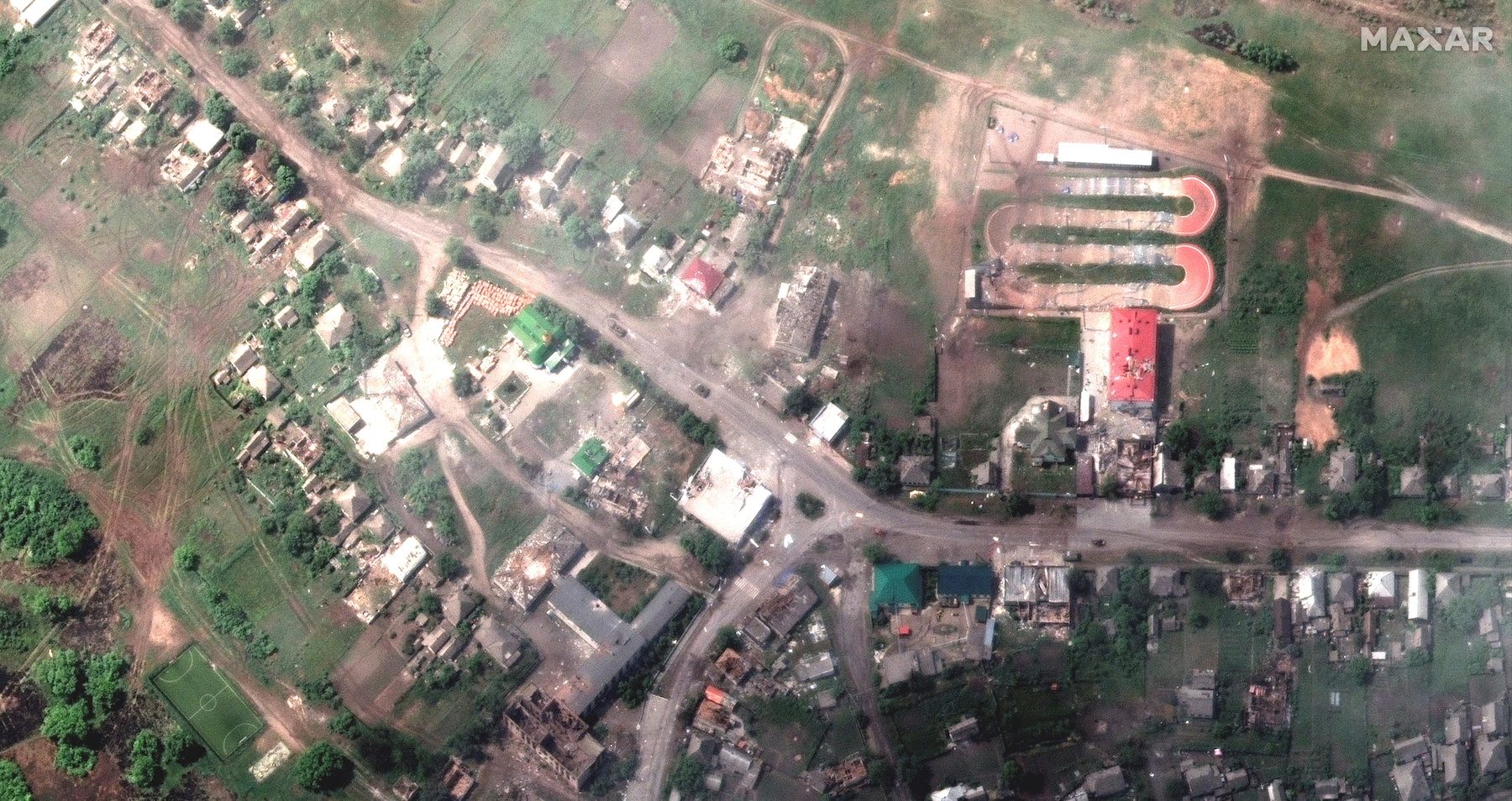 Ukrainian forces may have to retreat from their last pocket in the Luhansk region to avoid being captured, a Ukrainian official said, as Russian troops press an advance in the east that has shifted the momentum of the three-month-old war.

A withdrawal could bring Russian President Vladimir Putin closer to his goal of capturing eastern Ukraine’s Luhansk and Donetsk regions in full. His troops have gained ground in the two areas collectively known as the Donbas while blasting some towns to wastelands.

Luhansk’s governor, Serhiy Gaidai, said Russian troops had entered Sievierodonetsk, the largest Donbas city still held by Ukraine, after trying to trap Ukrainian forces there for days. Gaidai said 90% of buildings in the town were damaged.

“The Russians will not be able to capture Luhansk region in the coming days as analysts have predicted,” Gaidai said on Telegram, referring to the area including Sievierodonetsk and its twin city Lysychansk, across the Siverskiy Donets River.

“We will have enough strength and resources to defend ourselves. However, it is possible that in order not to be surrounded we will have to retreat.”

Russia’s separatist proxies said they controlled Lyman, a railway hub west of Sievierodonetsk. Ukraine said Russia had captured most of Lyman but that its forces were blocking an advance to Sloviansk, to the southwest.

President Volodymyr Zelenskiy said Ukraine was protecting its land “as much as our current defense resources allow.” Ukraine’s military said it had repelled eight attacks in Donetsk and Luhansk on Friday, destroying tanks and armored vehicles.

“If the occupiers think that Lyman and Sievierodonetsk will be theirs, they are wrong. Donbas will be Ukrainian,” Zelenskiy said in an address.

Analysts at the Institute for the Study of War, a Washington-based think tank, said while Russian forces had begun direct assaults on built-up areas of Sievierodonetsk, they would likely struggle to take ground in the city itself.

“Russian forces have performed poorly in operations in built-up urban terrain throughout the war,” they said.

Reached by Reuters journalists in Russian-held territory on Thursday, Popasna was in ruins. The bloated body of a dead man in combat uniform could be seen lying in a courtyard.

Resident Natalia Kovalenko had left the cellar where she was sheltering in the wreckage of her flat, its windows and balcony blasted away. She said a shell hit the courtyard, killing two people and wounding eight.

“We are tired of being so scared,” she said.

Russia’s eastern gains follow the withdrawal of its forces from approaches to the capital, Kyiv, and a Ukrainian counter-offensive that pushed its forces back from Ukraine’s second city, Kharkiv.

Russian forces shelled parts of Kharkiv on Thursday for the first time in days. Authorities said nine people were killed. The Kremlin denies targeting civilians in what it calls its “special military operation” in Ukraine.

In the south, where Moscow has seized a swath of territory since the February 24 invasion, including the port of Mariupol, Ukrainian officials say Russia aims to impose permanent rule.

He said the humanitarian situation was critical in some areas and people were finding it very difficult to leave.

Police said 31 people had been evacuated on Friday, May 27, from the Luhansk region, including 13 children.

On the diplomatic front, European Union officials said a deal might be reached by Sunday to ban deliveries of Russian oil by sea, accounting for about 75% of the bloc’s supply, but not by pipeline, a compromise to win over Hungary and clear the way for new sanctions.

Zelenskiy has accused the EU of dithering over a ban on Russian energy, saying the bloc was funding Russia’s war and delay “merely means more Ukrainians being killed.”

In a telephone call with Austrian Chancellor Karl Nehammer, Putin stuck to his line that a global food crisis caused by the conflict can be resolved only if the West lifts sanctions.

Nehammer said Putin expressed readiness to discuss a prisoner swap with Ukraine but added: “If he is really ready to negotiate is a complex question.”

Both Russia and Ukraine are major grain exporters, and Russia’s blockade of ports has halted shipments, driving up global prices. Russia accuses Ukraine of mining the ports.

Russia justified its assault in part on ensuring Ukraine does not join the US-led NATO military alliance. But the war has pushed Sweden and Finland, who were both neutral throughout the Cold War, to apply to join NATO in one of the most significant changes in European security in decades.

The Nordic states’ bids have been tripped up over opposition by NATO member Turkey, which contends they harbor people linked to a militant group it deems a terrorist organization.

Swedish and Finnish diplomats made little headway during talks in Turkey this week, two sources said. “It is not an easy process,” a Turkish official told Reuters. – Rappler.com