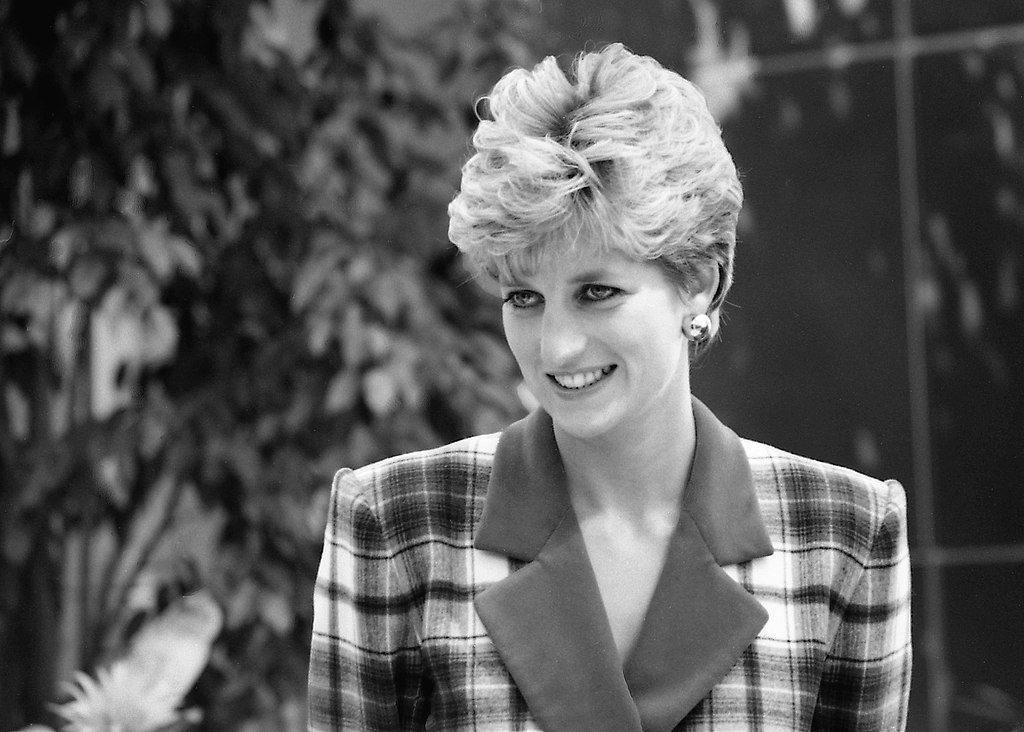 WELL-LOVED. Princess Diana opens The Paisley Centre and pays a visit to the Accord Hospice.

The day after his mother, Britain’s longest serving monarch, died, King Charles and his wife Camilla surprised well-wishers gathered outside Buckingham Palace in London by getting out of their car to greet them.

The following day his two sons, princes William and Harry, staged their own walkabout near Windsor Castle, to the delight of crowds of mourners with whom they spent 40 minutes shaking hands and chatting.

Amid a meticulously choreographed program guiding the succession, such moments of apparent spontaneity have stood out, and suggest lessons were learned after the royals drew scorn from the press and many ordinary Britons for perceived indifference when Princess Diana died in 1997.

That had been a rare misstep by Queen Elizabeth, a monarch widely admired for steadfast service to her country, and experts believe it marked a turning point in the royal family’s relationship with the public. 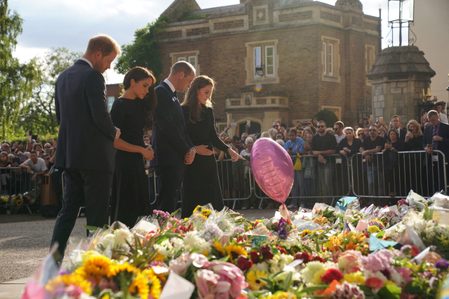 While the queen remained largely reserved throughout her 70-year reign, her son Charles has shown his emotions more readily. In his heartfelt first address to the nation since becoming king, the 73-year-old paid tribute “to my darling mama”.

His children, including heir-to-the-throne Prince William, and their wives are more informal still in their interactions with people, reflecting younger generations’ less deferential attitude towards the crown.

“The royalty is adapting to the changes in society,” said Ishbel Orr, 66, who had been to see the queen lying at rest in Edinburgh before her coffin was flown to London ahead of her burial.

“Until Diana’s death the royalty was stuck in their old habits. It was the jolt that they needed to be more approachable. You saw the way that Charles mixed with the crowd outside Buckingham Palace.”

Robert Lacey, royal biographer and the historical consultant on Netflix’s hit TV drama “The Crown”, said that what was once seen as his weakness may now be Charles’ strength.

“Charles always has been a more emotional person, worn his heart on his sleeve, much more than his mother, and he’s been criticized for it. Well now, heart on the sleeve, emotions of mourning, and dedication, he’s conveyed those very well.”

Initial reaction to Charles’ handling of the succession has been positive. A YouGov poll published on Tuesday found that 63% of respondents thought Charles would do a good job as king, up sharply from earlier in 2022.

The survey was based on interviews with over 1,700 adults in Britain carried out on September 11 and 12.

That, however, may reflect a honeymoon period as the nation mourns a deeply respected monarch.

Britain is at risk of a recession, while a scandal involving Charles’ brother, Andrew, has not gone away. He denies any wrongdoing. Criticism of Buckingham Palace from Harry and Meghan, his son and daughter-in-law, after they gave up royal duties has also alienated some younger Britons.

Charles’ ascension to the throne has also led to renewed calls from politicians and activists in some former colonies, including in the Caribbean, to remove the monarch as their head of state.

For now, it is about winning hearts and minds closer to home.

A quarter of a century ago, angry Britons openly criticized the royals for remaining silent when the hugely popular Diana was killed in a car crash in Paris aged 36 – a year after she divorced Charles in a public and acrimonious split.

The queen and her grandsons William and Harry, then aged 15 and 12 respectively, initially remained in Balmoral, Scotland, a decision some saw as evidence of an over-privileged family, funded by the taxpayer, that was aloof and uncaring.

For others, it was seen a natural move by a family looking to protect the young princes – and the queen herself said that in an address to the nation about Diana. Meanwhile, hundreds of thousands of people poured into London ahead of Diana’s funeral, leaving a sea of flowers outside her residence – a reaction that appeared to catch the queen off guard.

“People are shocked at the death of the queen, they are sombre, but there’s not that kind of hysteria and real sadness that greeted the death of Diana,” said Andrew Morton, whose book about Diana in 1992 first blew apart the myth of a fairytale marriage to Charles.

Eventually the queen did travel to London, greeted crowds outside Buckingham Palace and made the rare address to the nation on the eve of the funeral. As Diana’s horse-drawn coffin passed her and her family, she bowed her head in respect.

The queen said in the televised address: “We have all been trying in our different ways to cope.”

“My view is that when Diana died, the queen suddenly got into people’s psyche as the sort of mother of the country,” said Eamonn McCabe, who was picture editor at the Guardian newspaper from 1988 to 2001.

“It’s a sad thing to say, but I think it took Diana’s death to get the queen out there to represent everybody.” – Rappler.com