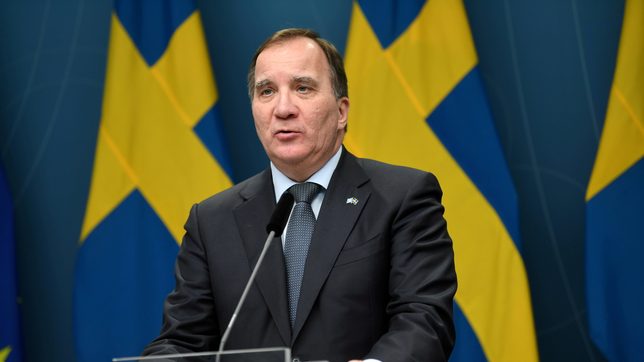 Facebook Twitter Copy URL
Copied
If the motion passes, Prime Minister Stefan Lofven could resign, handing the job of finding a new government to the parliamentary speaker, or call a snap election

The far-right Sweden Democrat Party submitted a motion of no-confidence against Prime Minister Stefan Lofven on Thursday, June 17, that, if it passes, could lead to a snap election or a caretaker government until regular elections due next year.

The move was triggered when the Left Party said on Thursday it would no longer support Lofven, who has headed a minority coalition since an election in 2018, because it opposes a government plan to scrap rent controls on newly built apartments..

“If we have a chance to replace this damaging government we will take it,” Henrik Vinge, the Sweden Democrat’s parliamentary group leader, told a news conference.

Lofven has relied on support from both the Left Party and two small centre-right parties since winning a second term in office after the 2018 election.

A vote of no-confidence would need a simple majority in the 349-seat parliament to pass. A date for the vote has yet to be set, but would likely take place within the next few days.

If the motion passes, Lofven could resign, handing the job of finding a new government to the parliamentary speaker, or call a snap election.

Neither alternative is likely to solve the current political deadlock. Opinion polls suggest that neither the center-left nor center-right bloc would get a majority if an election were held today.

A caretaker government – another alternative should a vote of no-confidence pass – would likely be headed by Lofven as there is no clear alternative. – Rappler.com