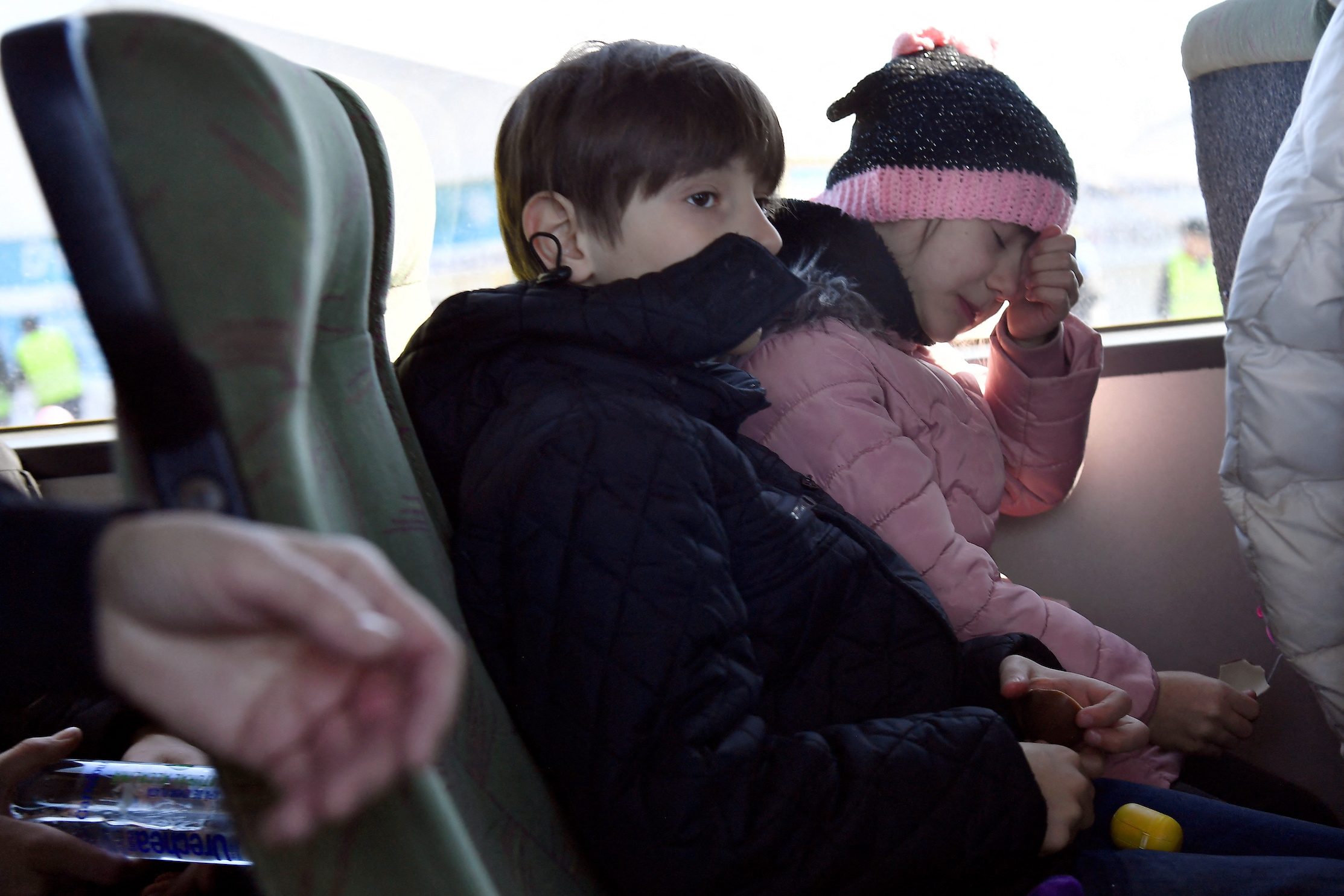 Children sit on a bus bound for Germany after fleeing from Mariupol in Ukraine to Romania, following Russia's invasion of Ukraine, at the border crossing in Siret, Romania, March 22, 2022. REUTERS/Clodagh Kilcoyne

Facebook Twitter Copy URL
Copied
Prominent journalist Alexander Nevzorov says he is being blamed for drawing his conclusions from the international media, which had access to proof of what happened, rather than from the Russian defense ministry

LONDON, UK – A Russian reporter being investigated under a new law for deliberately spreading false information about the war in Ukraine on Wednesday, March 23, defended his claims on social media that Russian forces had shelled a maternity hospital.

In an open letter to Russia’s top investigator, Alexander Bastrykin, prominent journalist Alexander Nevzorov said he was being blamed for drawing his conclusions from the international media, which had access to proof of what happened, rather than from the Russian defense ministry.

“I invite you to shut this ridiculous case,” Nevzorov, who has more than 1.6 million subscribers to his YouTube channel, wrote on Telegram.

He also said the criminal law, which could see journalists jailed for up to 15 years for purposefully spreading false information, contradicted freedom of speech provisions in the Russian constitution and media law that gave him the right to have an opinion on the war.

The Investigative Committee law enforcement agency said it had opened a case against Nevzorov for posting on Instagram and YouTube that Russia’s armed forces had deliberately shelled a maternity hospital in the Ukrainian city of Mariupol.

Nevzorov said the case against him was meant as a signal to journalists in Russia that “the regime is not going to spare anyone, and that any attempts to comprehend the criminal war will end in prison”.

Kremlin spokesperson Dmitry Peskov declined to comment on Nevzorov’s specific case, but said the tough new law was justified by what he called the most brutal information war being waged against Russia.

Ukraine and its Western allies condemned the hospital attack as an atrocity. Russia denied bombing the hospital, accusing Kyiv of a “staged provocation”.

Russia sent tens of thousands of troops into Ukraine on February 24 in what it called a special operation to weaken its southern neighbor’s military capabilities and root out people it called dangerous nationalists.

Ukrainian forces have mounted stiff resistance and the West has imposed sweeping sanctions on Russia to pressure it to withdraw its forces.

On Tuesday, Russia’s parliament passed amendments to the Criminal Code that would expand the new law to allow authorities to prosecute those deemed to have spread false information about the work of state bodies abroad.