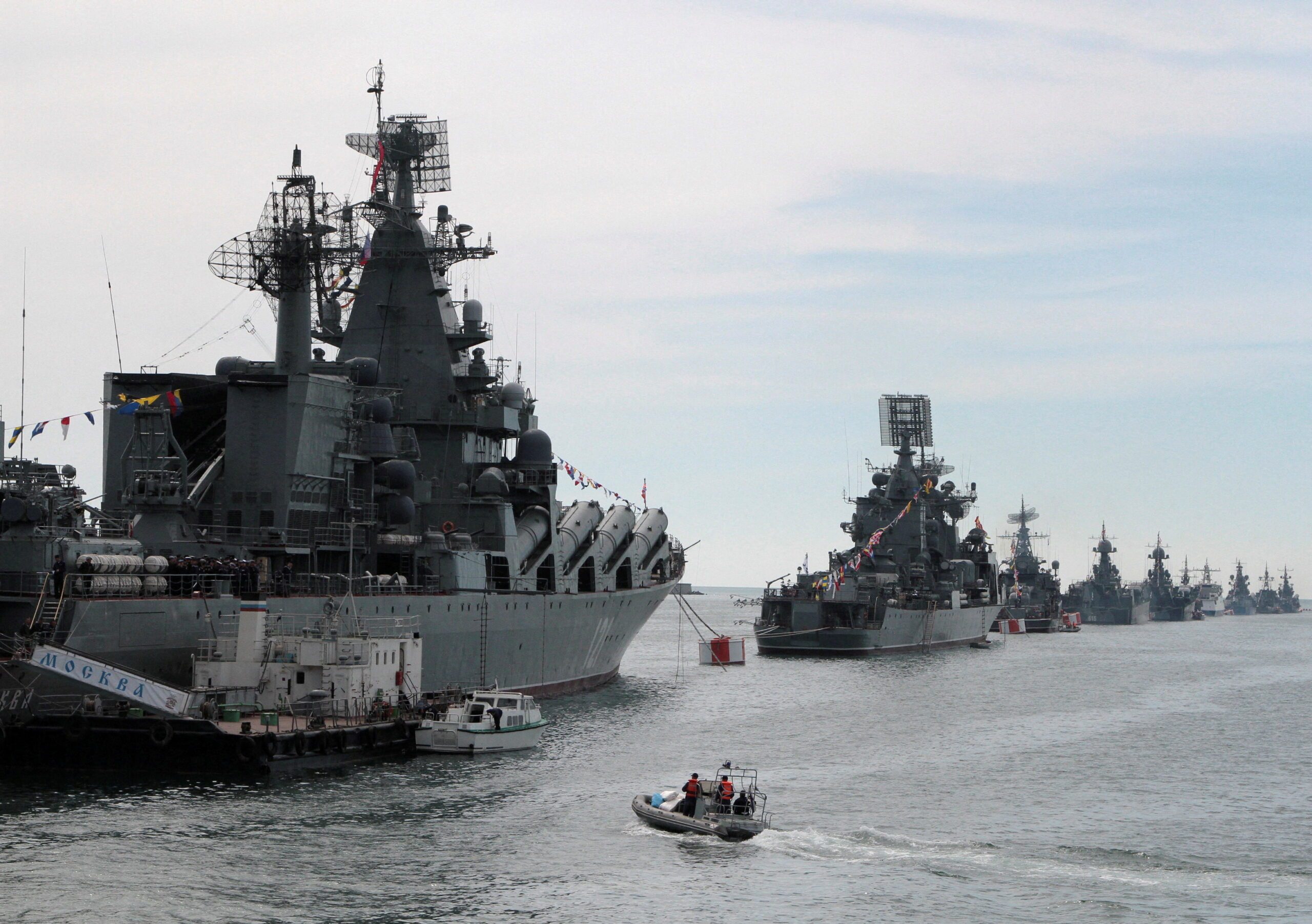 BLACK SEA. File photo from 2014 shows Russian Navy vessels anchored in a bay of the Black Sea port of Sevastopol in Crimea.

ISTANBUL, Turkey – Turkey called Russia’s invasion of Ukraine a “war” on Sunday, February 27, in a rhetorical shift that could pave the way for the NATO member nation to enact an international pact limiting Russian naval passage to the Black Sea.

Under the 1936 Montreux Convention, Turkey has control over the Dardanelles and Bosphorus straits that connect the Mediterranean and Black seas and can limit the passage of warships during wartime or if threatened.

Balancing its Western commitments and close ties to Moscow, Ankara has said the Russian attack is unacceptable but until Sunday, February 27, had not described the situation as a war.

“On the fourth day of the Ukraine war, we repeat President [Tayyip] Erdogan’s call for an immediate halt of Russian attacks and the start of ceasefire negotiations,” presidential spokesperson Ibrahim Kalin said on Twitter.

Fahrettin Altun, Turkey’s communications director, said “we are witnessing yet another war in our region,” and repeated Erdogan’s offer to mediate

Kyiv has appealed to Ankara to block any more Russian warships from passing toward the Black Sea, from which Moscow has launched one of its incursions on Ukraine’s southern coast.

But Turkey’s foreign minister said on Friday, February 25, that Russia had the right under Montreux to return ships to their home base, which could limit any Turkish policy shift.

Turkey has cultivated good ties with both Russia and Ukraine. Any step too far against Moscow could harm its heavy energy and commodity imports and its tourism sector at a time of domestic economic turmoil. – Rappler.com