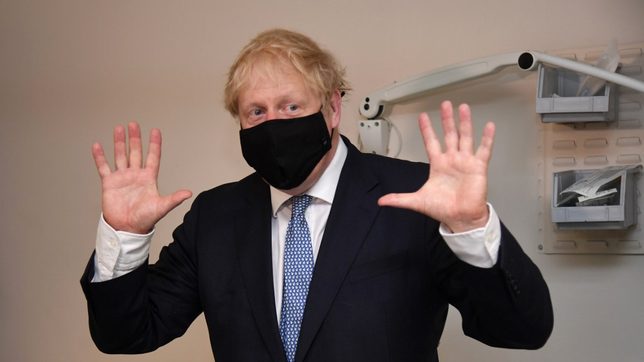 British Prime Minister Boris Johnson on Thursday, July 23, rejected calls for a second referendum on Scottish independence, despite an apparent surge in support for a breakaway.

Scots voted to maintain the status quo by 55% to 45% in 2014, in what even the pro-independence Scottish National Party (SNP) agreed was a “once-in-a-generation” vote.

But spurred by tensions between London and Edinburgh over Britain’s departure from the European Union, and political and personal differences, the issue refuses to go away.

Polling now suggests a majority of Scots are in favor of going it alone, and breaking up the more than 3-centuries-old union with England.

Conservative party leader Johnson, however, reaffirmed that the UK parliament would not approve powers for the Scottish Parliament to hold a new vote.

“The union is a fantastically strong institution. It has helped us through thick and thin,” he said on a visit to Orkney, off Scotland’s far northeast coast.

“We had a referendum on breaking up the union… only 6 years ago. That is not a generation by any computation.

“What people really want to do is to see our whole country coming back stronger, together, and that’s what we’re going to do.”

The coronavirus outbreak, which has led to more than 45,000 deaths across the country, and First Minister Nicola Sturgeon’s more cautious approach have fuelled the debate.

Earlier this month, polling group Panelbase said a record 54% of Scots were in favor of independence. An average of polls in the last 6 months put support on 51%.

SNP leader Sturgeon’s approval ratings soared to 60% – well above that for Johnson, who has been accused of not acting fast enough to curb the spread of the virus.

Sturgeon and Johnson were not scheduled to meet but she said his visit, which included a stop to talk to crab fishermen, underscored the need for independence.

“One of the key arguments for independence is the ability of Scotland to take our own decisions, rather than having our future decided by politicians we didn’t vote for, taking us down a path that we haven’t chosen,” she tweeted.

The main thrust of Sturgeon’s push for a new vote is that a majority of Scots did not vote for Brexit, which changed the fundamental nature of the relationship with England.

But Johnson said the strength of the union, which dates from 1707, had been shown to be effective in the coronavirus response.

The issue is unlikely to go away, with warnings of dire economic consequences both from the coronavirus shutdown and Brexit if no trade deal can be agreed with the EU.

The SNP strengthened its position in Scotland in last December’s general election, and is expected to cement its majority in the Scottish Parliament at elections in May. – Rappler.com