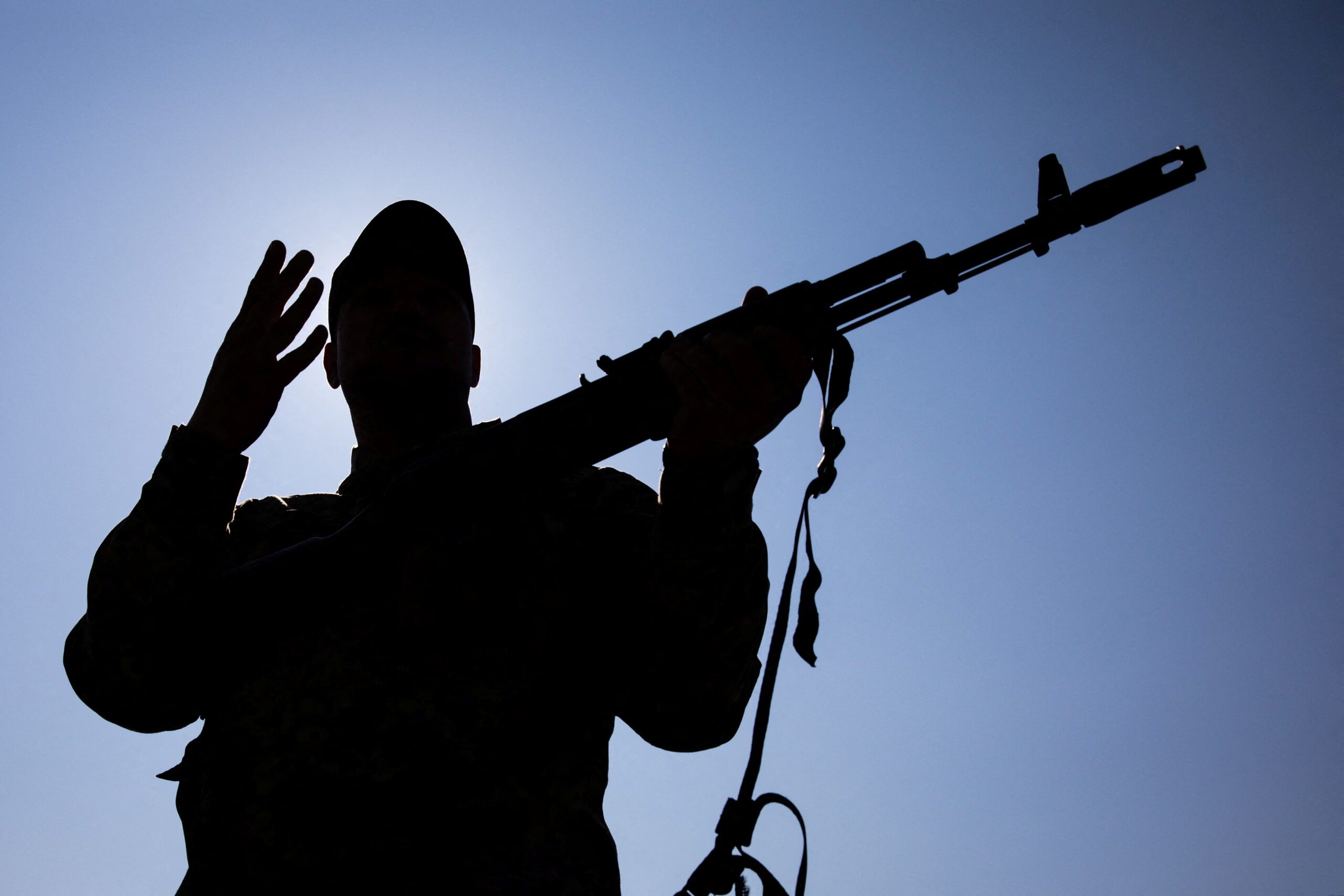 IN FIGHTING FORM. Silhouette of a Kyiv territorial defence member with a Kalashnikov rifle in his hands, as Russia's invasion of Ukraine continues, in Kyiv, Ukraine, March 25, 2022.

Heavy battles are coming up in Ukraine’s eastern and southern regions and for the besieged city of Mariupol in particular, Ukrainian presidential adviser Oleksiy Arestovych said on Saturday, April 2.

Speaking on national television, Arestovych said Ukrainian troops around Kyiv had retaken more than 30 towns or villages in the region and were holding the front line against Russian forces in the east.

“Let us have no illusions – there are still heavy battles ahead for the south, for Mariupol, for the east of Ukraine,” he said. – Rappler.com