Ukrainian forces may have to pull back in Sievierodonetsk, governor says 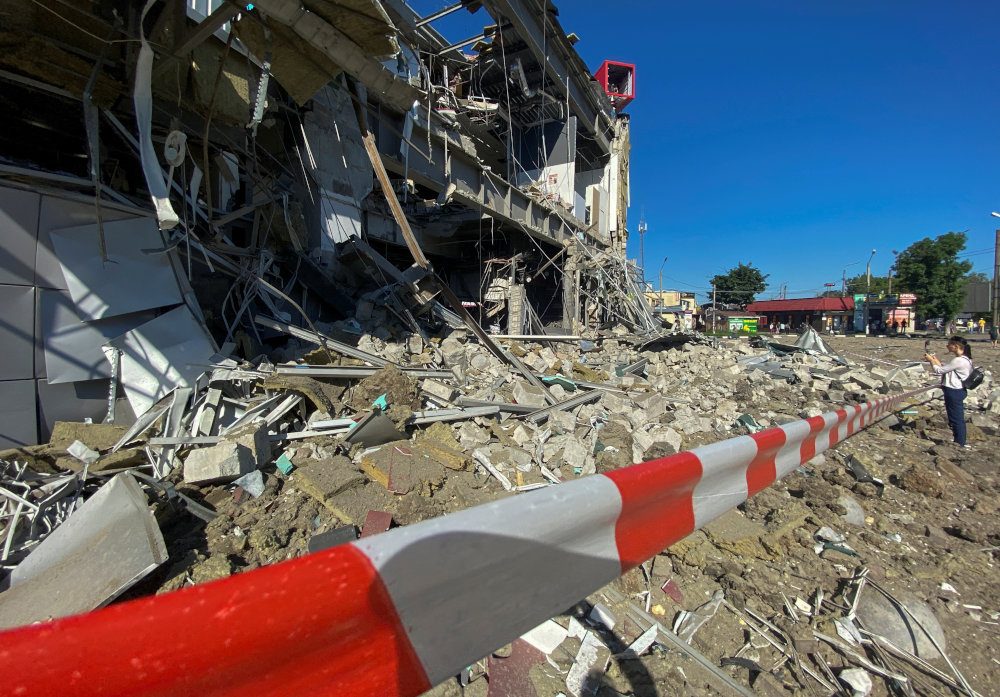 RUINED UKRAINE MALL. A woman takes a picture of a shopping mall damaged by a Russian missile strike, as Russia's attack on Ukraine continues, in Kharkiv, Ukraine on June 8, 2022.

Facebook Twitter Copy URL
Copied
Ukraine expects Russia to step up its bombardment of Sievierodonetsk and to mount a huge offensive where Moscow is focusing all its efforts, governor Serhiy Gaidai says

KYIV, Ukraine – Ukraine’s military may have to pull back to stronger positions in the embattled eastern city of Sievierodonetsk, but they will not give up the city and fierce fighting raged there on Wednesday, June 8, the region’s governor said.

Ukraine expects Russia to step up its bombardment of Sievierodonetsk and to mount a huge offensive where Moscow is focusing all its efforts, the governor, Serhiy Gaidai, said on television.

“Fighting is still going and no one is going to give up the city even if our military has to step back to stronger positions. This will not mean someone is giving up the city – no one will give up anything. But it’s possible (they) will be forced to pull back,” he said.

The days-long battle for the industrial city has emerged as pivotal, with Russia focusing its offensive might in the hope of achieving one of its stated aims – to fully capture surrounding Luhansk province on behalf of Russian-speaking separatists.

“We expect the amount of shelling and bombardments of Lyshychansk and Sievierdonetsk to increase many times, huge offensives in the Sievierdonetsk and Popasna direction and attempts to once again cross the Siverskyi Donets River to create a bridgehead and further develop the offensive,” he said. – Rappler.com