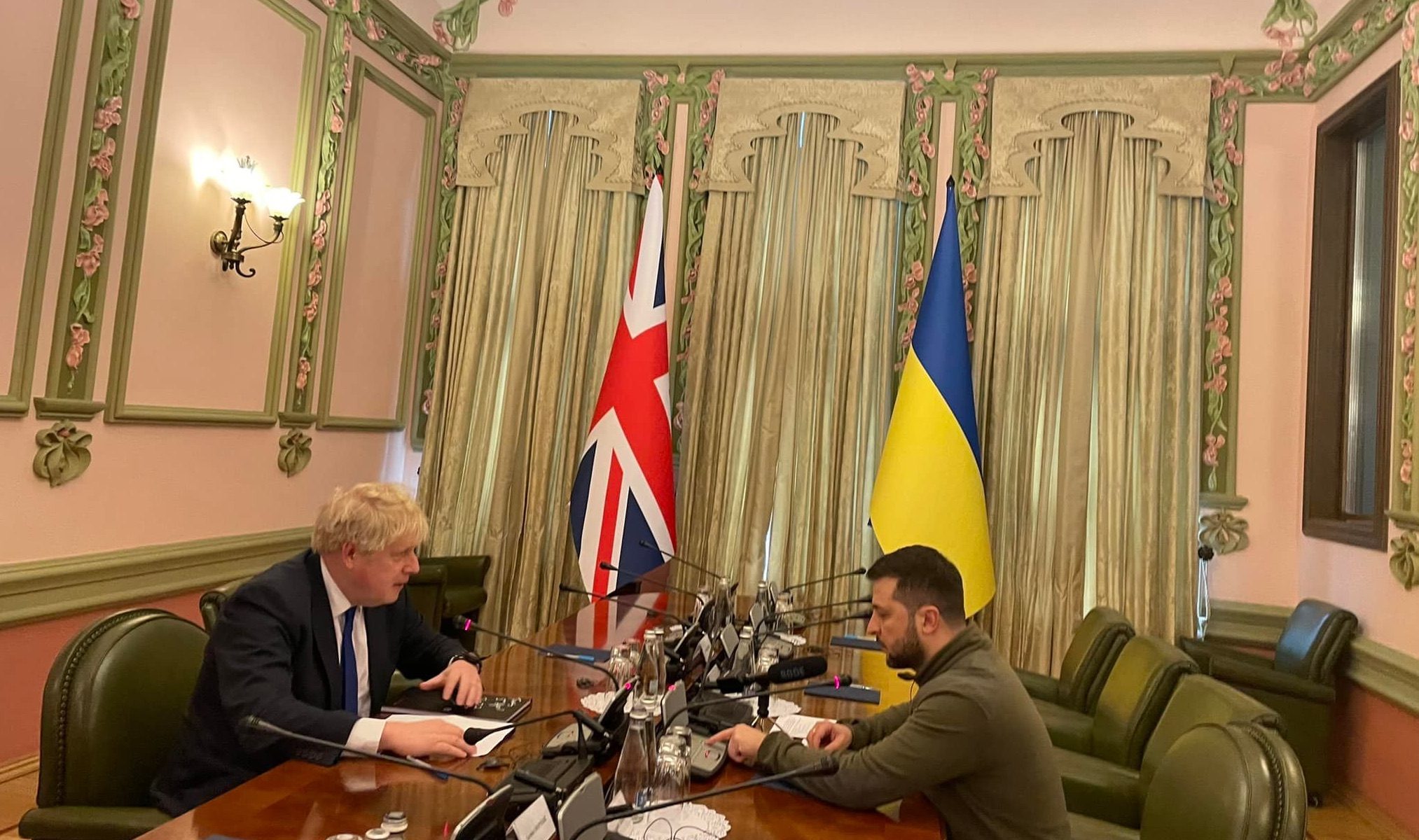 Johnson’s visit had begun with a one-on-one meeting with Zelenskiy, Andriy Sybiha, deputy head of the Ukraine president’s office, said on Facebook.

Johnson met Zelenskiy “in a show of solidarity with the Ukrainian people,” a Downing Street spokesperson said.

“They will discuss the UK’s long-term support to Ukraine and the PM will set out a new package of financial and military aid.”

Johnson’s visit to the Ukrainian capital was not announced in advance, and comes as Russia is amassing troops in the east of the country.

“The UK will send more defensive weapons to Ukraine and will work with G7 partners to target every pillar of the Russian economy to ensure Putin fails,” Johnson tweeted earlier on Saturday. – Rappler.com