Ukraine wants peace but won’t give up its land to Russia, president says 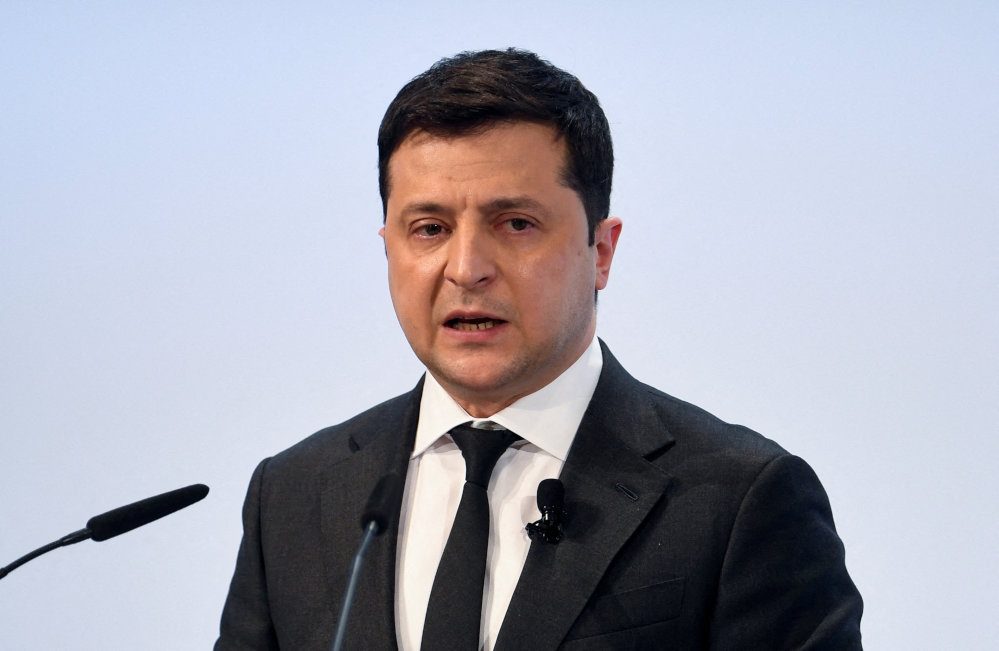 KYIV, Ukraine – Ukrainian President Volodymyr Zelenskiy accused Russia of wrecking peace efforts and ruled out making any territorial concessions in an address to the nation in the early hours of Tuesday, February 22.

Zelenskiy spoke after Russia’s decision to formally recognize two Moscow-backed regions of eastern Ukraine as independent and send troops to the region, accelerating a crisis that the West fears could unleash a major war.

After chairing a security council meeting, Zelenskiy accused Russia of violating Ukraine’s sovereign territory and said it could mean Moscow pulling the plug on the Minsk peace talks aimed at ending the separatist conflict in eastern Ukraine.

Zelenskiy said Ukraine wanted to solve the crisis through diplomacy but that his country was ready to dig in for the long haul.

“We are committed to the peaceful and diplomatic path, we will follow it and only it,” Zelenskiy said. “But we are on our own land, we are not afraid of anything and anybody, we owe nothing to no one, and we will give nothing to no one.”

He called for an emergency summit of the leaders of Ukraine, Russia, Germany and France while urging Ukraine’s allies to take action against Russia.

Russia’s actions drew US and European condemnation and vows of new sanctions although it was not immediately clear whether the Russian military action would be regarded by the West as the start of a full-scale invasion. The area was already controlled by Russian-backed separatists and Moscow in practice.

Zelenskiy’s administration has voiced frustration at the West’s unwillingness to impose preemptive sanctions after Russia massed more than 100,000 troops near Ukraine’s borders in recent weeks.

“We expect clear and effective steps of support from our partners,” Zelenskiy said. “It is very important to see who is our real friend and partner, and who will continue to scare the Russian Federation with words.” – Rappler.com