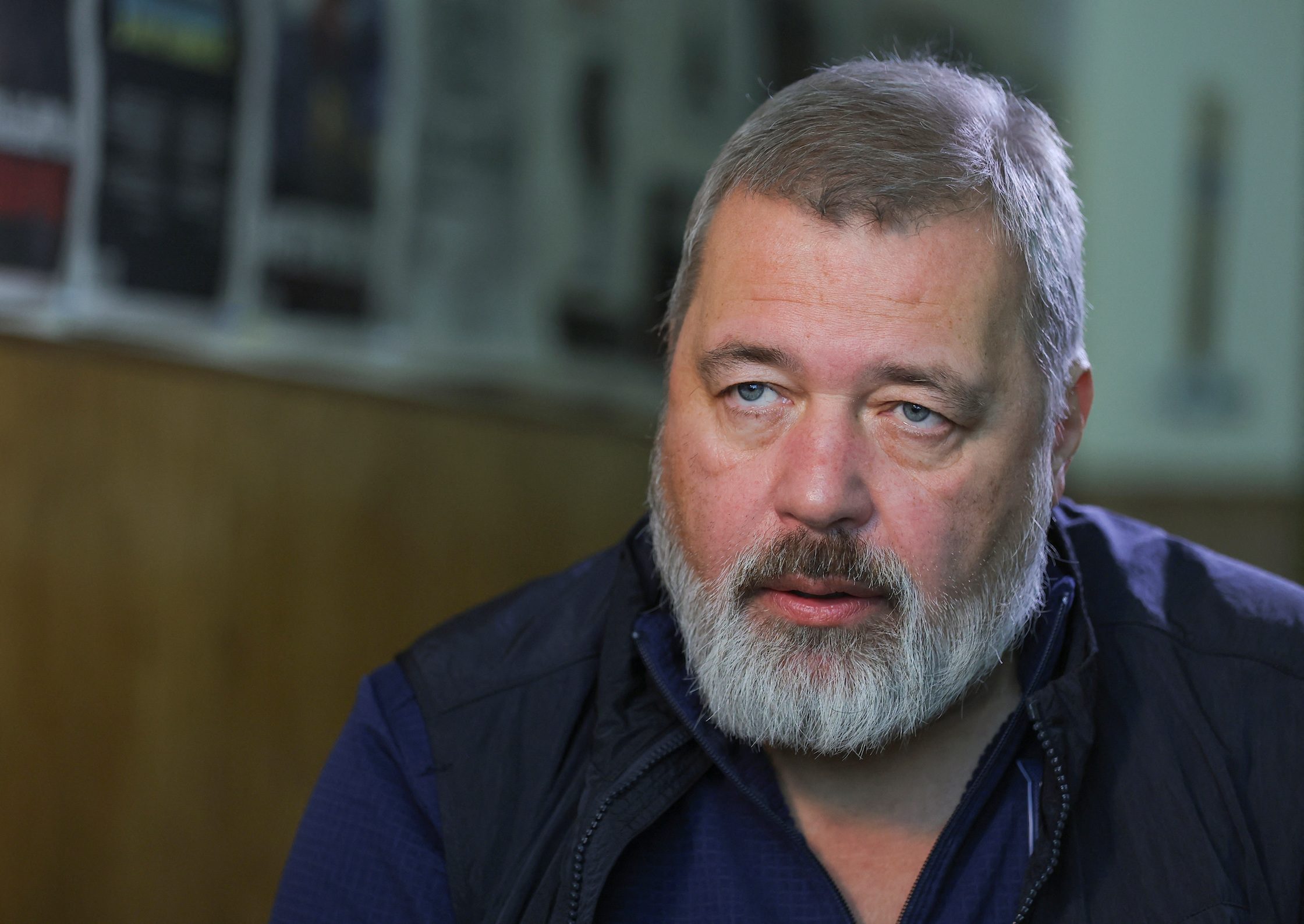 Facebook Twitter Copy URL
Copied
Nobel Peace laureate Dmitry Muratov, the longtime editor-in-chief of Novaya Gazeta, one of the last independent media outlets in Russia, says Ukraine would never agree to peace or to the annexation of any of its territory

Ukraine will never forgive Russia for a shameful conflict which has thrown back Russia’s development by half a century to Soviet times predating Mikhail Gorbachev, journalist and Nobel Peace laureate Dmitry Muratov told Reuters.

Russia’s military campaign in Ukraine has killed tens of thousands, left some Ukrainian cities wastelands and triggered Moscow’s biggest confrontation with the West since the 1962 Cuban Missile Crisis.

Muratov, the longtime editor-in-chief of Novaya Gazeta, one of the last independent media outlets in Russia, said Ukraine would never agree to peace or to the annexation of any of its territory.

“Ukraine will never forgive Russia,” Muratov, who co-founded Novaya Gazeta in 1993 with money from Gorbachev’s Nobel Peace Prize, said in an interview in his office, which is adorned with ice hockey sticks and dozens of front pages from the paper.

Muratov said that modern technology had brought the horrors of the war home to people, along with the devastation of the battle for Mariupol in southern Ukraine and the claims of war crimes against Russian soldiers in Irpin and Bucha.

“You may want to forgive everything, but you click in the search engine: Mariupol, Irpin or Bucha. And you can’t forgive a goddamn thing anymore,” Muratov said. “Every step of this war, every crime and every shot, every torn scrotum will now remain forever.”

Ukraine has accused Russia of war crimes. Russia says such accusations are a lie. The Russian government did not respond to a request for comment on Muratov’s remarks.

President Vladimir Putin says Russia’s soldiers are “heroes” and that all Russia’s aims will be achieved.

Putin casts the operation in Ukraine as an attempt to foil a Western plot to rip Russia apart. Ukraine says it is fighting an illegal occupation and will never give in.

The war, Muratov said, was a “huge national shame” that was wiping out not just half a century of development but also extinguishing hope, love and confidence in the future among Russians.

The war had destroyed the reputation of the land of Gorbachev, Russian physicist and human rights campaigner Andrei Sakharov and Soviet cosmonaut Yuri Gagarin, Muratov said.

“We have been thrown back in our development by at least half a century into the pre-Gorbachev era,” Muratov said.

Russia, he said, had forgotten the lessons of the past, including the need to end wars.

“We no longer have faith. Russia and Russians are disliked. Love was a very important thing in order to travel, to learn, to believe in your god, to read the books that you love.”

Gorbachev, lauded in the West as the man who helped bring down the Berlin Wall and end the Cold War without bloodshed, died on August 30, 2022. Muratov was his friend.

“Unfortunately, there has been a loss of our reputation globally, a loss of trust,” Muratov said. “The loss of reputation is a difficult thing to recover.”

After Putin backed a plan leading to the formal annexation of Russian controlled areas in Ukraine, including parts of Donetsk, Luhansk, Kherson and Zaporizhzhia regions, Muratov said many Russians were not interested.

“If you go out onto the street and ask: ‘Do you need Kherson?’ people will look at you as if you are a moron,” he said. “They will ask: ‘What? Why are you talking about Kherson? I have a mortgage, not Kherson’.”

“For geopoliticans with inflamed brains, victory is associated with the annexation of foreign territories.”

In mid-September, Russia’s Supreme Court revoked the last media license of Novaya Gazeta. The newspaper Novaya Gazeta is no longer published in paper form in Russia, though it has a limited online version and has a magazine.

Muratov said he has no intention of leaving Russia.

“We have 82 people staying here and naturally I am staying with them. And we are going to work here,” Muratov said, referring to the newspaper’s employees.

“We will work here until the cold gun barrel touches our hot foreheads.” – Rappler.com