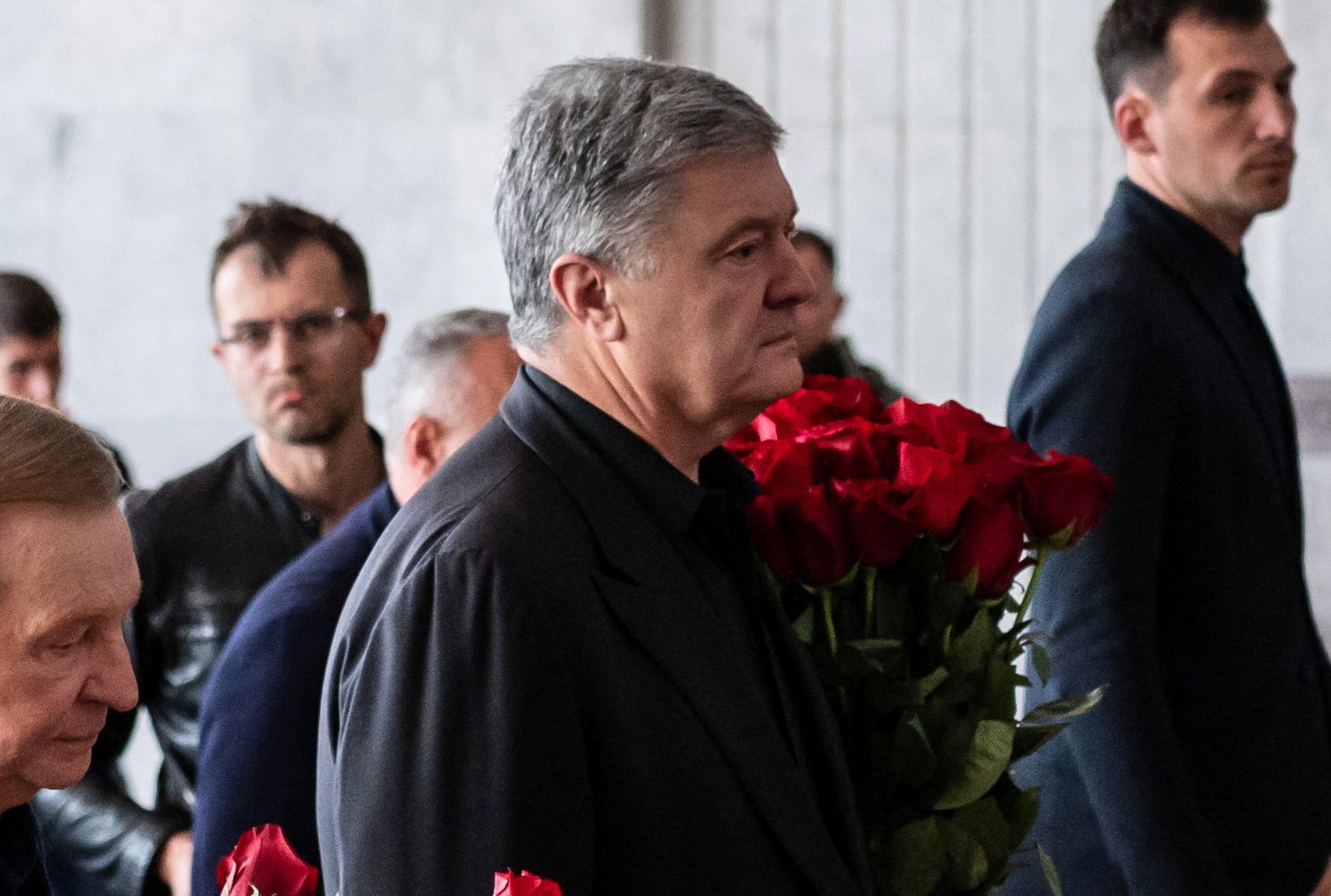 Facebook Twitter Copy URL
Copied
In January, Petro Poroshenko won a court ruling allowing him to remain at liberty while being investigated for treason

Former Ukrainian president Petro Poroshenko was prevented from leaving Ukraine to take part in a meeting of a NATO body in Lithuania, his party’s parliamentary faction said on Saturday, May 28.

Poroshenko was stopped twice at a border crossing with Poland while he was on his way to the meeting of NATO’s Parliamentary Assembly, a consultative interparliamentary organization, the statement said.

Ukrainian media reported Poroshenko could not cross the border due to “technical problems” with a permit allowing him to leave the country.

“Poroshenko had received all the formal permissions to leave the country and had been included….in the official delegation of the Parliament of Ukraine for this event,” his European Solidarity parliamentary faction said.

Poroshenko was to have a number of high-level meetings in Vilnius, including with the President of Lithuania Gitanas Nauseda. He was also scheduled to participate in a meeting of the European People’s Party in Rotterdam, it said.

In January, Poroshenko won a court ruling allowing him to remain at liberty while being investigated for treason in a probe he says was a politically motivated attack linked to allies of his successor, President Volodymyr Zelenskiy.

Poroshenko is being investigated in connection with the financing of Russian-backed separatists in the east of the country through illegal coal sales in 2014-15. – Rappler.com