‘We fear no one’: Ukrainians raise flags to defy Russia invasion fear 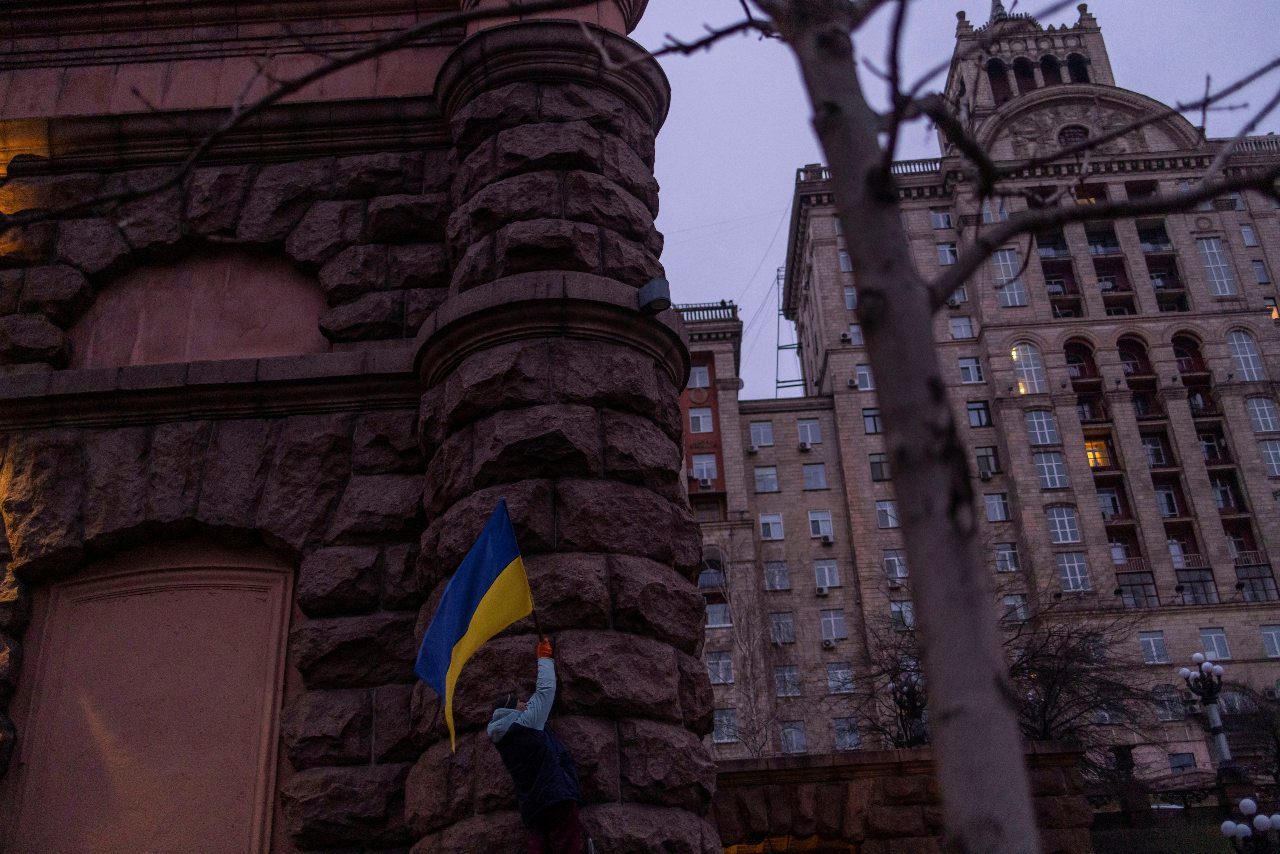 PURPOSE. A man installs a Ukrainian flag at a building in downtown Kyiv, Ukraine, on February 16, 2022.

KYIV, Ukraine – Ukrainians raised national flags and played the country’s anthem on Wednesday, February 16, to show unity against fears of a Russian invasion that Western powers have said could be imminent.

The yellow and blue banner fluttered outside schools, hospitals and many shops to mark “Unity Day,” a holiday President Volodymyr Zelenskiy created this week after Russia massed troops near Ukraine’s borders.

Russia has denied it will invade, but has warned it could take unspecified “military-technical” action if its security demands, including restrictions on NATO, are not met.

On Kyiv’s main Khreshchatyk boulevard, where flags decorated government offices, it was business as usual for many.

“Just a normal day, but these flags are here for a purpose, to show we fear no one. They did not scare us,” said Mykola, who operates a small coffee stand.

A loudspeaker at a local government office in the capital Kyiv blared patriotic songs, while television and government Youtube channels broadcast speeches and rousing reminders of Ukraine’s nationhood.

In a televised address, Zelenskiy said Ukrainians were united around a common desire “to live in peace, happily, in a family, children with parents.”

“No one can love our home as we can. And only we, together, can protect our home,” he said.

Zelenskiy, himself an active social media user, called on Ukrainians to post pictures and videos of the Ukrainian flag and add hashtags. On Instagram, users posted under #UnityDay.

Zelenskiy has long said that, while he believes Russia is threatening to attack his country, the likelihood of an imminent invasion has been overstated by Western allies, responding to Moscow’s efforts to intimidate Ukraine and sow panic.

Mykhailo Podolyak, an adviser to Zelenskiy’s chief of staff, said this week the president had chosen February 16 as the patriotic holiday partly ironically, in response to media reports an invasion could happed on Wednesday.

On Tuesday, February 15, the Russian defense ministry said it was returning some troops to their bases after exercises. The United States and its allies said they had not verified the move so far. US President Joe Biden said more than 150,000 Russian troops were currently deployed near Ukraine.

Hours after Moscow’s announcement, Ukraine said the online networks of its defense ministry and two banks were overwhelmed by a cyber attack. Although Kyiv did not name who was behind the incident, a statement suggested it was pointing the finger at Russia.

“Everyone wants to scare us and we are here to stay,” said Ludmila, a pensioner, who wore a tiny Ukrainian flag in the lapel of her coat. – Rappler.com