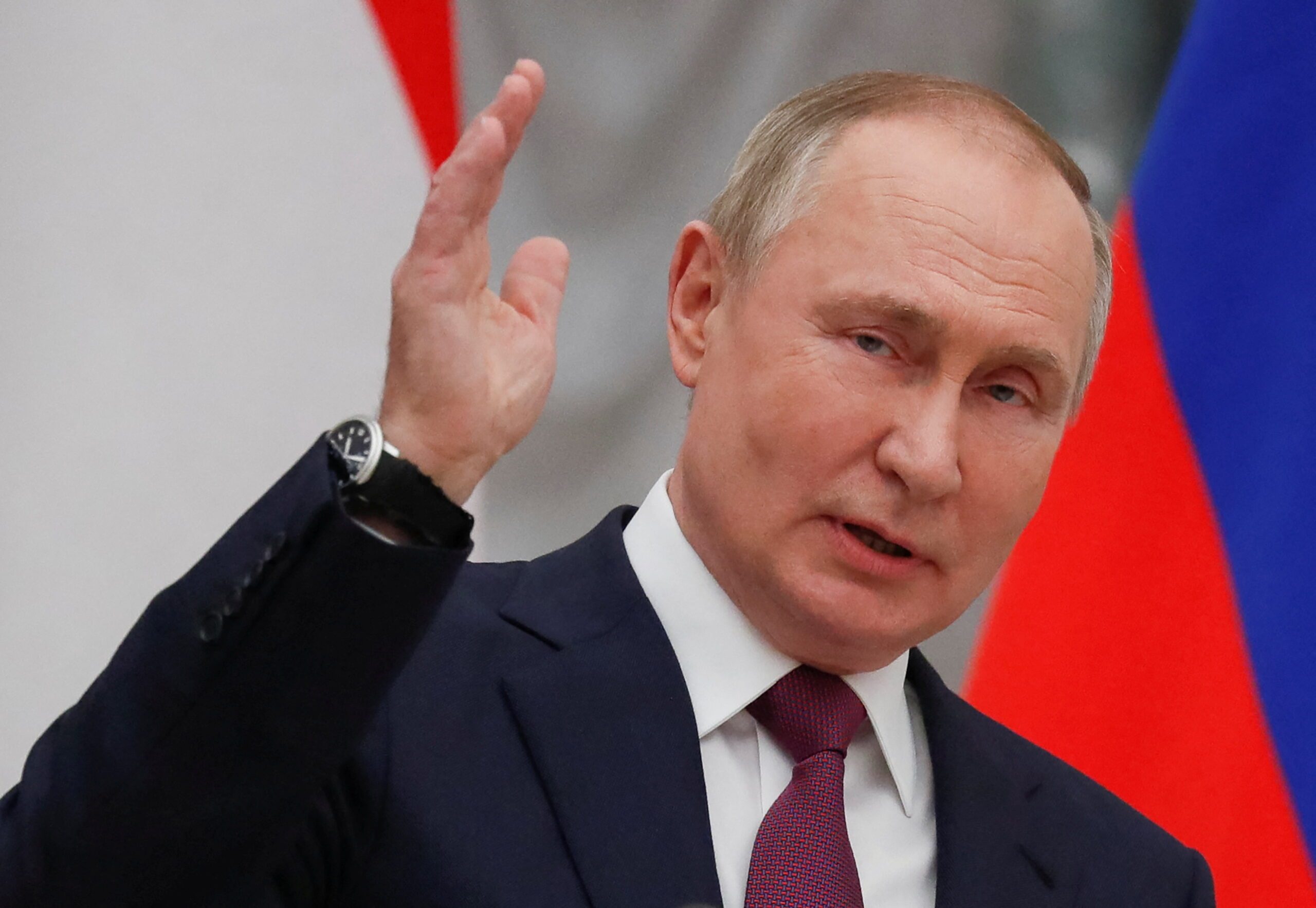 Facebook Twitter Copy URL
Copied
'No one else in their right mind would do what we are seeing on our telly screens today,' says British Defense Secretary Ben Wallace

Russia launched its invasion by land, air and sea on Thursday following a declaration of war by Putin, in the biggest attack on a European state since World War Two.

Missiles pounded the Ukrainian capital on Friday as Russian forces pressed their advance and Ukrainian President Volodymyr Zelenskiy pleaded with the international community to do more, saying sanctions announced so far were not enough.

“It’s definitely our view that the Russians intend to invade the whole of Ukraine,” Wallace told Sky.

Putin says Russia is carrying out “a special military operation” to stop the Ukrainian government from committing genocide against its own people – an accusation the West calls baseless. He also says Ukraine is an illegitimate state whose lands historically belong to Russia.

“I certainly think he has gone full tonto,” Wallace said. “No one else in their right mind would do what we are seeing on our telly screens today.”

Russia says Western leaders are gripped by Russophobia and that the United States and its allies have been plotting to undermine Russia for decades. Wallace said the Russian army had failed to deliver any of its key objectives, directly contradicting the Russian defense ministry which said it had achieved all of its main aims on the first day of the military operation.

“Contrary to great Russian claims, and indeed President Putin’s sort of vision that somehow the Ukrainians would be liberated and would be flocking to his cause, he’s got that completely wrong, and the Russian army has failed to deliver, on day one, its main objective,” Wallace said.

Russia, Wallace said, had lost more than 450 personnel so far.

After Britain unveiled its toughest sanctions yet on Russia, Wallace said London was pushing reluctant allies to cut off Russia from the SWIFT global interbank payments system.