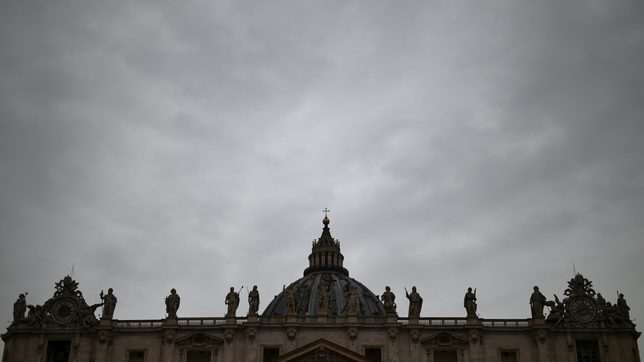 CATHOLIC CHURCH. The dome of Saint Peter's Basilica is seen on a rainy day in Saint Peter's Square at the Vatican, November 12, 2019.

The Vatican has disciplined the former archbishop of Gdansk in Poland following an investigation into negligence over sex abuse allegations, banishing him from the archdiocese’s territory.

The move against Archbishop Leszek Slawoj Glodz, who retired last August, was announced on Monday, March 29, by the Vatican’s embassy in Warsaw. The investigation started in November.

A statement said Glodz was banned from living in the territory of the archdiocese of Gdansk or attending any religious celebration or secular meeting within its confines.

He would also have to pay a “suitable sum” to a fund that helps victims of abuse, the statement said, without elaborating.

In 2019, priests in Gdansk accused Glodz of covering up instances of sexual abuse. At the time, Glodz denied any wrongdoing.

Glodz’s whereabouts were not known and it was not immediately possible to contact him for comment. The Gdansk archdiocese said it had received the decision but did not provide any further comment.

It was the latest case of alleged sexual abuse or cover up to rock predominantly Catholic Poland.

Films by brothers Tomasz and Marek Sekielski purporting to show bishops who covered up sexual abuse by shifting priests between parishes have had more than 23 million views on YouTube. – Rappler.com