Without the queen at its heart, Commonwealth faces uncertain future LONDON, England – When she was a child growing up in Nigeria, Timie Ogunmola’s father used to show her black-and-white pictures of his trip to London in 1953 to attend Queen Elizabeth’s coronation as an official in what was then his country’s colonial administration.

Now a resident of Edinburgh in her 60s, Ogunmola was among thousands of mourners who filed past the queen’s coffin this week as it lay at rest in the city’s cathedral, eager to pay her respects to a monarch who has been a fixture in her life.

The Commonwealth, a club of 56 countries that evolved out of the British Empire after World War II and which presents itself as a partnership of equals, mattered hugely to the late queen, who as its head made numerous visits to member states and cultivated friendly ties with their leaders.

Her dedication and longevity meant that many Commonwealth citizens, like Ogunmola, grew up seeing her and felt genuine warmth towards her, a reservoir of goodwill that gave meaning to the organization. Her presence at Commonwealth events attracted heads of state and government, giving it diplomatic clout.

Now that she is gone, the baton passes to her son King Charles, as she had hoped and as was agreed by Commonwealth leaders in 2018, but stepping into her shoes will not be straightforward for the new monarch, who is far less popular.

Some Caribbean ministers have questioned why he should succeed her as head of the Commonwealth, noting the British monarch is not automatically its figurehead and suggesting that this was redolent of the days of Empire, when British colonies were expected to transfer allegiance from one monarch to the next. 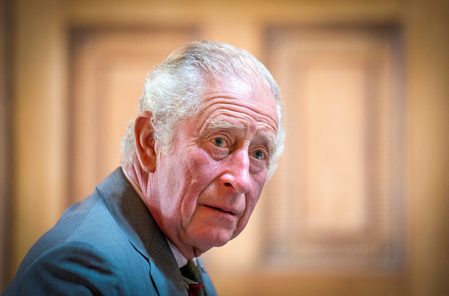 The question of colonial legacies, hotly debated in the Caribbean and among some sections of British society, is an underlying tension in the Commonwealth, some observers say.

“Yes, the queen is a powerful symbol,” said Nicole Aljoe, a professor of English and Africana Studies at Northeastern University in Boston in the United States.

“She’s also a powerful symbol not only of the good stuff, but also of the very negative outcomes that have occurred because of Empire,” said Aljoe, who was born in Jamaica.

Some voices within the Commonwealth have called for a reckoning with that history, and Charles surprised many at its most recent summit of heads of state and government, in Rwanda in June, by raising the issue of slavery.

“I want to acknowledge that the roots of our contemporary association run deep into the most painful period of our history,” he said, expressing personal sorrow at the pain caused by the slave trade.

Charles said the time had come for the Commonwealth to have a conversation about slavery, but neither he nor anyone else has explained how that would work, what it would seek to achieve and whether it would tackle the question of reparations.

Calls for Britain to pay reparations for its role in the slave trade have grown louder in recent years, especially in the Caribbean, and some say the Commonwealth could be a useful forum in which to thrash out the highly divisive issue.

“Just because people are scared about where a debate will end up does not mean that we shouldn’t engage in it,” said Valerie Amos, a British ex-minister and diplomat, now head of an Oxford college, who was born in Guyana, a Commonwealth member.

So far, however, there is no sign that the organization is gearing up for a structured and substantive dialogue about these issues.

In an interview with Reuters, Commonwealth Secretary-General Patricia Scotland emphasised the club’s appeal beyond the circle of former British colonies, pointing out that new entrants Togo and Gabon had been French colonies.

“There are more countries applying even now, so I think she [the queen] has left our Commonwealth in robust good health,” said Scotland.

The organization tends to put forward its work on issues such as trade, climate change and human rights, but critics say it struggles to make much of an impact in those areas as other international bodies have more specific powers and mandates.

Some observers warn that, without the queen to provide focus and unity, the Commonwealth risks fading into irrelevance unless it shows it can improve its citizens’ lives.

Amos said she saw it as a positive thing to have a club where leaders and citizens from disparate countries, large or small, rich or poor, could meet and talk on an equal footing.

“But the Commonwealth will have to evolve around that agenda and have some clarity about exactly what contribution it can make to people going forward,” she said. – Rappler.com