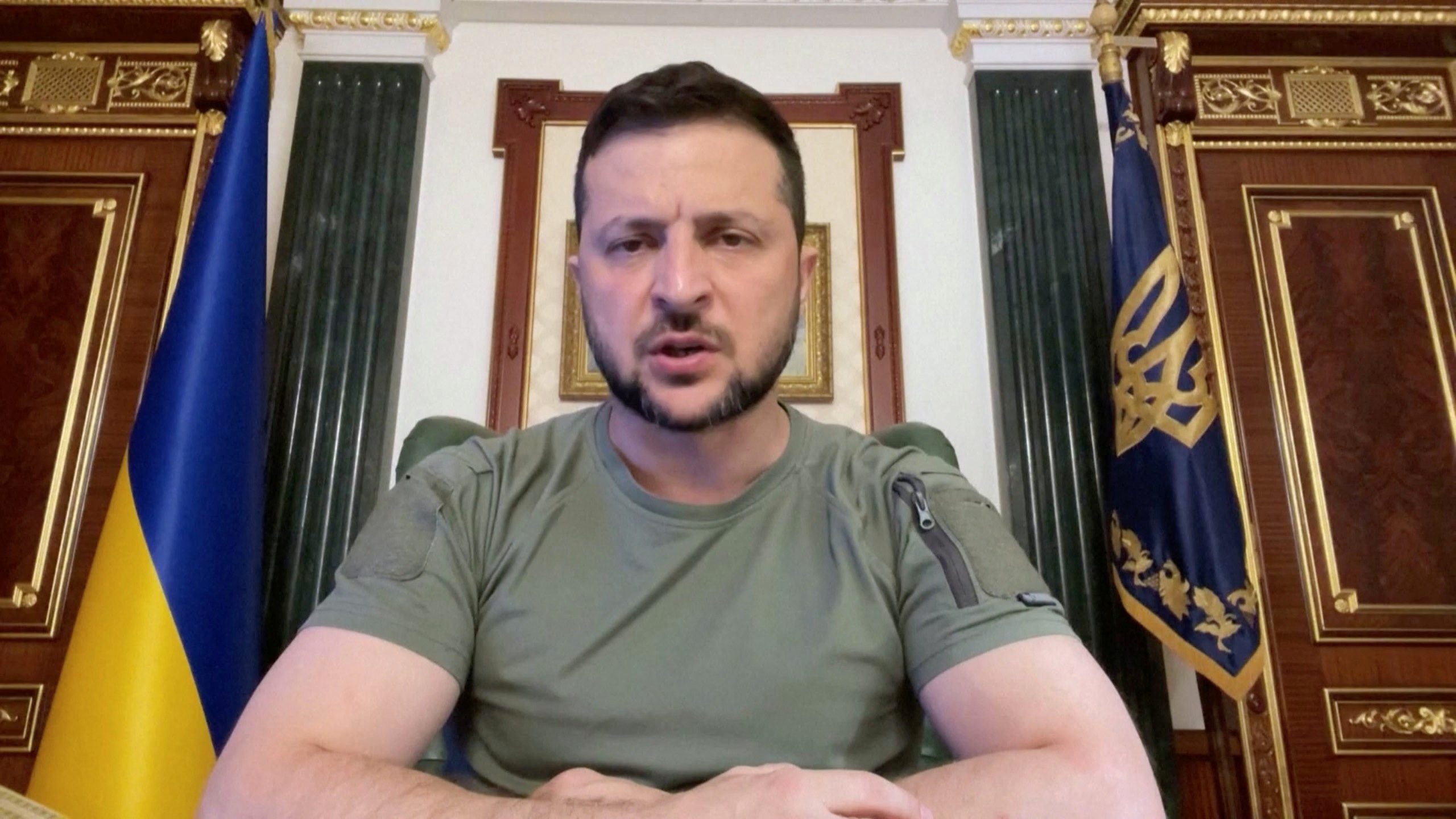 Ukrainian President Volodymyr Zelenskiy speaks during his nightly address where he mentions that Ukrainian troops will chase the Russian army "to the border", as his senior advisor confirmed Ukrainian troops had broken through Russian defences in several sectors of the front line near the city of Kherson, in this still image taken from video recorded in Kyiv, Ukraine, August 29, 2022. Ukrainian Presidential Press Service/via Reuters TV/Handout via REUTERS ATTENTION EDITORS - THIS IMAGE HAS BEEN SUPPLIED BY A THIRD PARTY.

Russian forces destroyed the critical infrastructure in the southern city of Kherson before fleeing, Ukrainian President Volodymyr Zelenskiy said on Saturday, November 12, adding that local authorities were starting to stabilize the city.

But pro-Moscow forces are putting up a much stiffer fight elsewhere and Zelenskiy said the battles in the eastern Donetsk region were hellish.

Jubilant residents welcomed troops arriving in the center of Kherson on Friday after Russia abandoned the only regional capital it had captured since the start of the war.

“Before fleeing from Kherson, the occupiers destroyed all the critical infrastructure: communications, water, heat, electricity,” Zelenskiy said in a video address.

“(Russians) everywhere have the same goal: humiliating people as much as possible. But we will restore everything, believe me,” he continued.

Zelenskiy said Ukrainian troops had taken control of more than 60 settlements in the Kherson region.

Ukraine was able to conduct successful operations in Kherson and elsewhere in part because of resistance in the Donetsk region in the face of repeated Russian attacks, he said.

“There it is just hell – there are extremely fierce battles there every day,” he said. “But our units are defending bravely – they are withstanding the terrible pressure of the invaders, preserving our defense lines.” – Rappler.com