Ukraine may break off diplomatic ties with Russia, president says 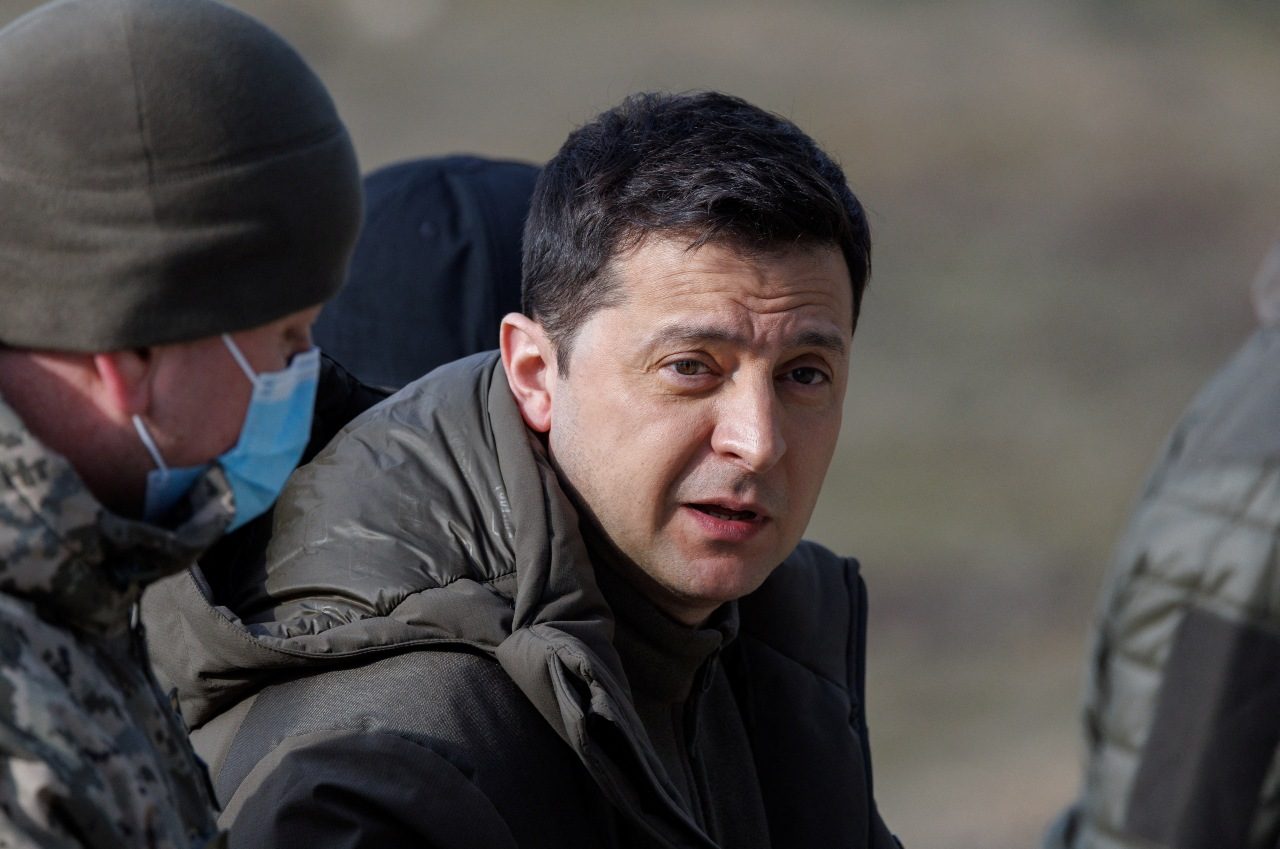 TIES WITH RUSSIA. In this file photo, Ukrainian President Volodymyr Zelenskiy arrives at a military drill for Ukrainian soldiers at the training centre of Ukrainian Ground Forces near Rivne, Ukraine, February 16, 2022. REUTERS/Antonio Bronic

KYIV, Ukraine – Ukraine may break off diplomatic relations with Russia after Moscow decided to recognize two breakaway regions of eastern Ukraine as independent, President Volodymyr Zelenskiy said at a briefing on Tuesday, February 22.

Speaking alongside his Estonian counterpart, Zelenskiy said he was weighing a request from his foreign ministry to break off ties.

He also urged Ukraine’s allies not to wait for a further escalation to impose sanctions, which he said should include shutting down the Russian-led Nord Stream 2 pipeline, awaiting approval to carry Russian gas under the Baltic Sea to Germany.

“I’ve received a request from the foreign ministry. I will consider the issue of severing diplomatic relations between Ukraine and the Russian Federation. Immediately after our press conference, I will consider this issue,” Zelenskiy said.

Putin’s announcement on Monday, February 21, and his signing of a decree on the deployment of Russian troops to the two breakaway regions, drew international condemnation and immediate US sanctions, with President Joe Biden signing an executive order to halt US business activity in the breakaway regions.

The United States and its European allies were set to announce fresh sanctions against Russia on Tuesday.

Zelenskiy, who in his nighttime address to the nation accused Russia of destroying peace efforts, played down the prospect of a large-scale conflict with Russia but said he was prepared to introduce martial law if that happened.