AMERICA'S PROMISE. US President Joe Biden speaks during the 76th Session of the UN General Assembly in New York City, US, on September 21, 2021.

Facebook Twitter Copy URL
Copied
'Bombs and bullets cannot defend against COVID-19 or its future variants,' says the US President as he faces the UN for the first time

President Joe Biden promised a new era of “relentless diplomacy” for the United States (US) as he moved to reassure allies across the world and called for a united action against the pandemic and climate change.

In his first appearance before the United Nations (UN) as US president, Biden told world leaders on Tuesday, September 21, that the US is “back at the table” of the world’s biggest diplomatic stage.

He also defended the chaotic end to the United States’ longest war in Afghanistan, saying the US is better off devoting its resources to address challenges such as COVID-19 and global warming “instead of continuing to fight the wars of the past.”

“We’ve ended 20 years of conflict in Afghanistan. And as we close this period of relentless war, we’re opening a new era of relentless diplomacy,” Biden said.

He cited the pandemic, the climate crisis, shifts in global power dynamics, trade, cyber and emerging technologies, and terrorism as the most pressing issues gripping the planet today. 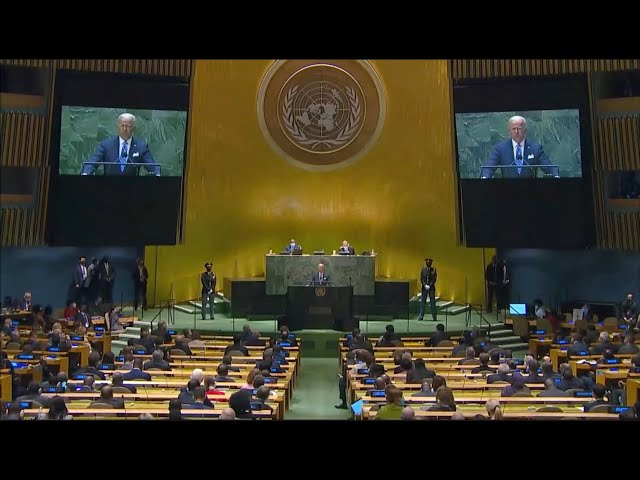 Biden, a Democrat, hoped to present a compelling case that the United States remains a reliable ally to its partners around the world after years of “America First” policies pursued by his Republican predecessor Donald Trump.

He reaffirmed support for US allies and partners such as the North Atlantic Treaty Organization, the European Union, and the Association of Southeast Asian Nations. He vowed America would continue to defend allies against any threats, but he also promised to exercise military restraint.

“US military power must be our tool of last resort, not our first, and should not be used as an answer to every problem we see around the world. Indeed, today, many of our greatest concerns cannot be solved or even addressed through the force of arms,” said Biden.

“Bombs and bullets cannot defend against COVID-19 or its future variants,” he added.

The US is set to convene a virtual summit on the margins of the 76th UN General Assembly in a bid to boost vaccinations worldwide, with the goal of ending the pandemic by the end of 2022. 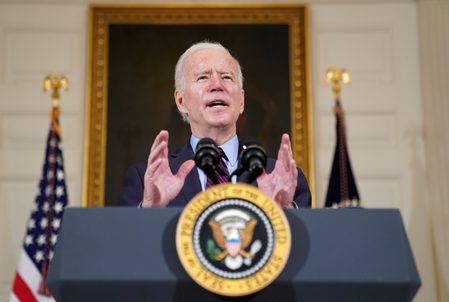 Biden also promised to step up the United States’ efforts to help developing nations combat the devastating effects of a much warmer climate.

The President told the UN he would work with the US Congress to double the funds rich nations have pledged to raise for poorer nations in the face of climate change.

“In April, I announced the United States will double our public international financing to help developing nations tackling climate crisis. Today, I’m proud to announce that we’ll work with the Congress to double that number again, including for adaptation efforts, to make the United States the leader of public climate finance,” said Biden.

UN Secretary-General Antonio Guterres earlier said there were “encouraging declarations” from developed countries to finally fulfill this pledge, but more has to be done.

Biden also said his administration is working closely with US lawmakers to make critical investments in green infrastructure and electric vehicles – key investments to help protect the planet and provide more jobs.

Some environmental groups welcomed the new pledge as a much needed boost for the Paris climate agreement ahead of November’s summit in Scotland.

But other campaigners said the promise of the US – the world’s second biggest greenhouse gas emitter – still falls short.

Power Shift Africa director Mohamed Adow said the United States is “still woefully short of what it owes and this needs to be increased urgently.” – with reports from Reuters/Rappler.com