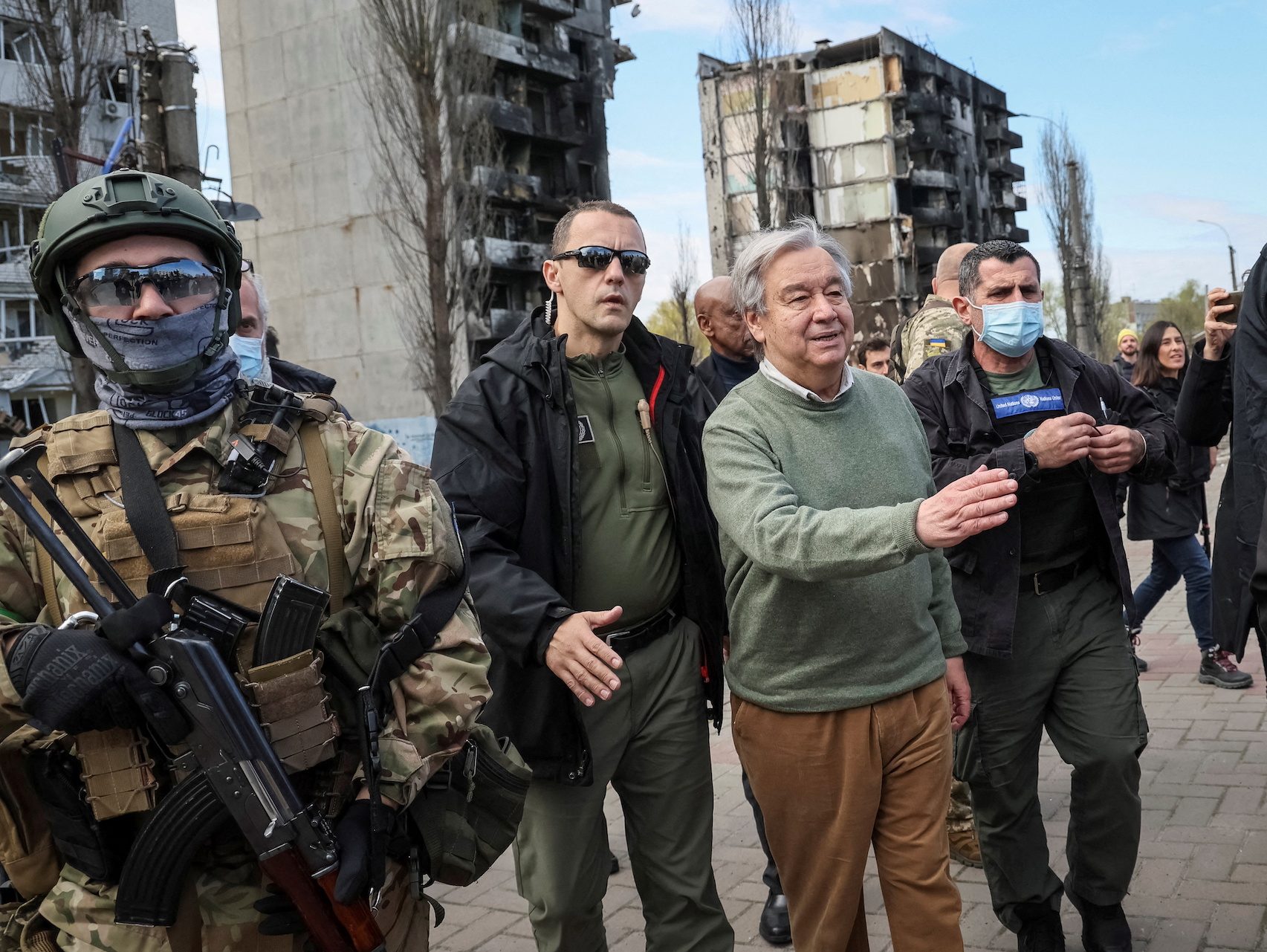 Facebook Twitter Copy URL
Copied
Marking 100 days since Russia invaded its neighbor, the UN crisis coordinator says at least 15.7 million people in Ukraine are now in urgent need of assistance and protection, with the number rising by the day

GENEVA, Switzerland – United Nations officials warned on Friday, June 3, that a protracted war in Ukraine threatened a hunger crisis in the country and around the world.

Marking 100 days since Russia invaded its neighbor, UN crisis coordinator Amin Awad said at least 15.7 million people in Ukraine were now in urgent need of assistance and protection, with the number rising by the day.

When winter comes, millions of people will be exposed given the destruction of power plants and fuel depots, Awad told an online media briefing.

“100 days of war, 100 days of suffering, devastation, destruction on a massive scale…The lives of millions have been shattered,” he said.

Nearly 14 million people – a third of the population – had been forced to flee the fighting, and another 15-16 million stayed home but had lost their livelihoods, he said.

Humanitarian relief had helped more than 1.5 million people so far, could reach 8.7 million by August, and 25 million by the end of the year, he said.

The conflict has also fuelled surging prices for grains, cooking oils, fuel and fertilizer globally. Russia and Ukraine account for nearly a third of global wheat supplies, while Russia is also a key fertilizer exporter and Ukraine a major supplier of corn and sunflower oil.

Awad said more negotiations were needed to unblock trade through the Black Sea.

“Failure to open those ports will result in famine, destabilization and mass migration around the world,” he said, noting the shortage of wheat and other grains could affect 1.4 billion people, causing hunger and fueling inflation.

100 days of war, 100 days of suffering, devastation, destruction on a massive scale…The lives of millions have been shattered.

The United Nations is trying to broker a deal to unblock Ukraine’s grain exports. President Vladimir Putin has said Russia was willing to facilitate Ukraine’s Black Sea wheat exports, as well as shipments of Russian fertilizer, if sanctions were eased.

He appealed to the world community to find ways to get food out of Ukraine by land or sea while the war rages.

“Realistically though we know this war is going to continue unfortunately for quite some time to come, perhaps with no winners, no losers,” he said.

The International Organization for Migration said there were around 7 million displaced people in Ukraine as of May 23, down from a peak of around 8 million.

Russia calls the invasion a special military operation to disarm its neighbor and remove dangerous fascists from power, which Ukraine and the West call a baseless excuse for an unprovoked attack.