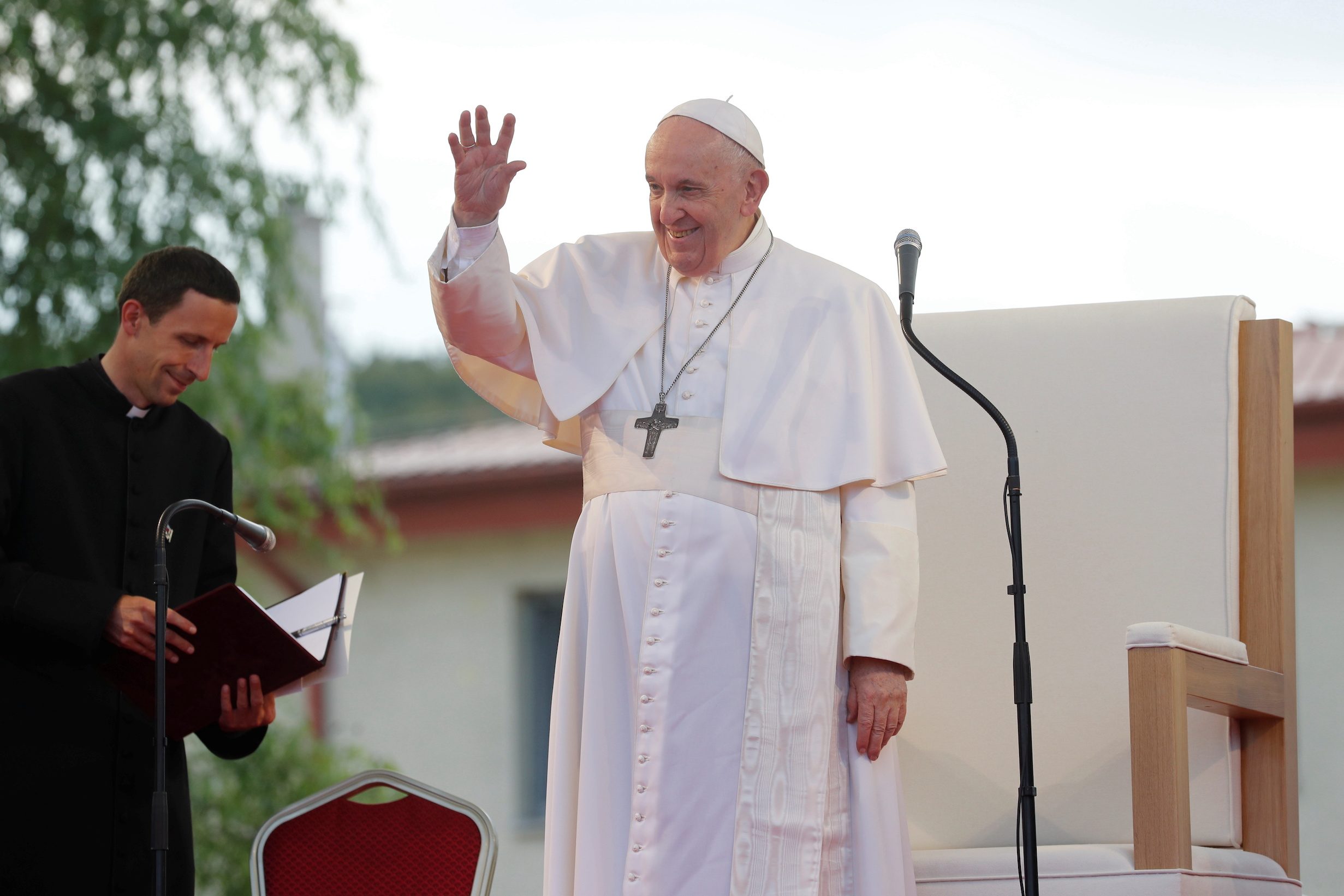 Pope Francis attends a meeting with members of the Roma Community at Lunik IX district in Kosice, Slovakia, September 14, 2021.

Facebook Twitter Copy URL
Copied
Pope Francis arrives at the bleak Lunik IX settlement on the outskirts of Slovakia's second biggest city, Kosice, on his penultimate day in the country

Pope Francis on Tuesday, September 14, condemned prejudice and discrimination against Europe’s Roma people during a visit to one of the most impoverished communities in Slovakia, saying it was wrong to pigeonhole entire ethnic groups.

Francis, 84, arrived at the bleak Lunik IX settlement on the outskirts of Slovakia’s second biggest city, Kosice, on his penultimate day in the country.

“We cannot reduce the reality of others to fit our own pre-packaged ideas; people cannot be pigeonholed,” he said, overlooking the dilapidated concrete apartment blocs where about 4,300 people live next to the city garbage dump. 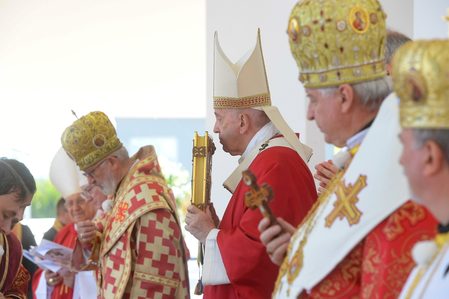 “All too often you have been the object of prejudice and harsh judgments, discriminatory stereotypes, defamatory words and gestures,” he said, after addresses from a Catholic priest who helps in the community and from several residents.

“As a result, we are all poorer in humanity,” he said.

There are around 440,000 Roma living in Slovakia, most of them in the eastern part of the country of 5.5 million.

The Roma, who migrated to Europe from India in the 10th century, have long faced persecution around the world, living on the fringes of society and struggling for work.

In Lunik’s squalid and dangerous living conditions, many residents burn whatever they can during the winter to stay warm because many buildings lack heating, making for poor air quality.

“He is bringing some joy to this place,” a Roma woman told reporters through a translator.

The jobless rate among Slovak Roma stands far above the national 7.7% level. 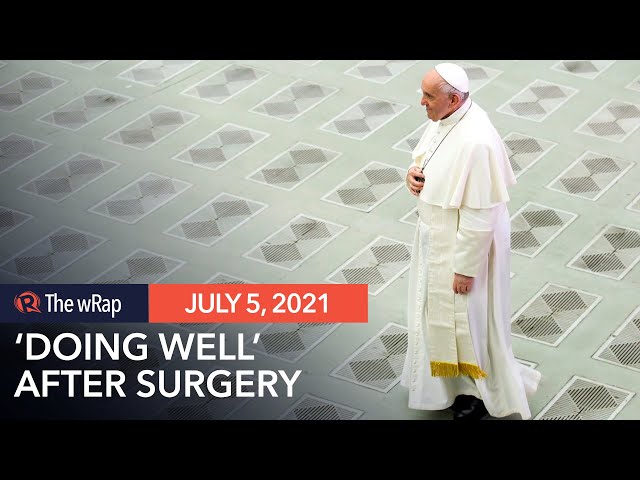 In April, Slovakia adopted a strategy to improve the Roma situation by 2030 with a focus on employment, education, healthcare and housing.

Addressing residents from an open stage covered by white cloth with flower designs painted by Roma children, the Pope said that God saw people as equal. Some residents watched from balconies with peeling paint.

“Judgment and prejudice only increase distances. Hostility and sharp words are not helpful. Marginalizing others accomplishes nothing. Segregating ourselves and other people eventually leads to anger,” he said.

Father Marian Deahos, who works with Roma people in a nearby town, said stereotypes made integration and communication difficult.

“The biggest problem is that everybody thinks gypsies, Roma people, are inferior,” he told a reporter.

In his address, the Pope asked the Roma to go forward “step by step, with honest work, in the dignity of earning your daily bread.”

Earlier on Tuesday, Pope Francis, presiding at a Byzantine religious, said the cross should not be used as a political symbol and warned against Christians trying to be triumphalist.

His last event on Tuesday was a rally with the city’s young people at a football stadium. – Rappler.com