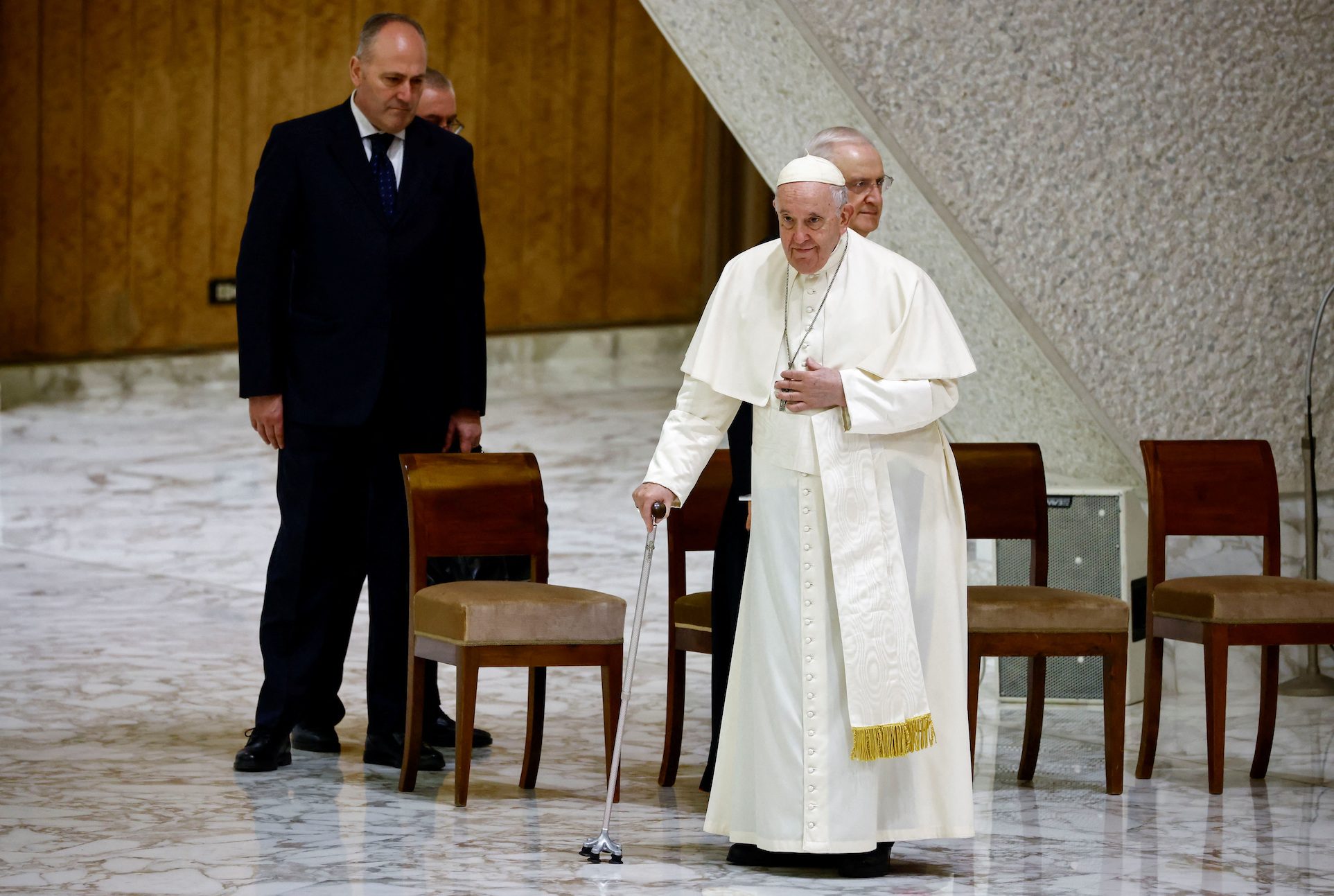 Pope Francis looks on as he meets CGIL executives and delegates at the Vatican, December 19, 2022.

Facebook Twitter Copy URL
Copied
The 86-year-old Pope makes his comments in his annual Christmas address to cardinals, bishops and other members of the Curia, the central administration of the Vatican

VATICAN CITY – Pope Francis on Thursday, December 22, denounced psychological violence and abuse of power in the Church, as the case of a prominent priest accused of exploiting his authority to sexually abuse nuns has rocked the Vatican.

The 86-year-old Pope made his comments in his annual Christmas address to cardinals, bishops and other members of the Curia, the central administration of the Vatican.

Francis has often used the occasion to decry perceived flaws in the top bureaucracy, such as gossip, cliques and infighting.

He added that no one should “profit from his or her position and role in order to demean others”.

Although he did not specifically refer to this, the Jesuit order, of which the Pope is a member, has been rattled in recent weeks by the case of Father Marko Ivan Rupnik, a Slovenian priest known in the Church for his artwork, including the designing of a chapel in the Vatican.

Rupnik has been accused of psychologically and sexually abusing nuns in Slovenia three decades ago while he was the spiritual director of their convent there.

Repeated attempts to reach Rupnik through his school for religious art in Rome have not been not successful and he did not respond to messages left there.

Under pressure from the media, the Jesuits acknowledged earlier this month that Rupnik was disciplined at least twice in recent years as alleged victims came forward but was quietly pardoned by the Vatican’s doctrinal office.

One case involved the “absolution of an accomplice” in confession, referring to when a priest has sex with someone and then absolves the person of the sin.

One former nun has accused him of exercising “psycho-spiritual” control over her.

The Jesuits have effectively reopened the case, posting a letter on their website on Sunday asking anyone wishing to make new complaints or discuss existing ones to contact them. – Rappler.com