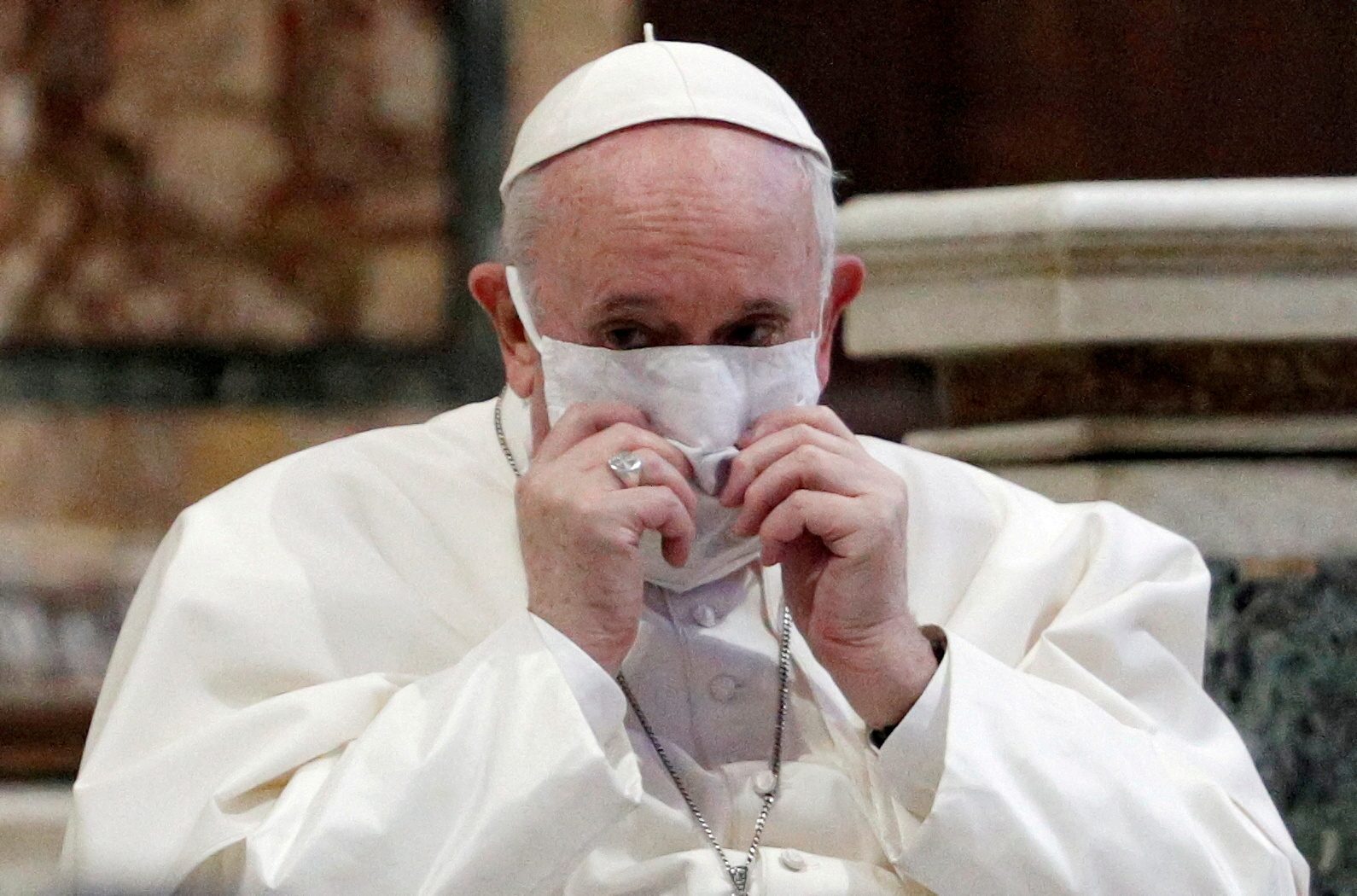 VACCINATED. Pope Francis wearing a face mask attends an inter-religious prayer service for peace along with other religious representatives in the Basilica of Santa Maria in Aracoeli, a church on top of Rome's Capitoline Hill, in Rome, Italy, on October 20, 2020.

Both Pope Francis and former pope Benedict have received the first dose of a vaccine against coronavirus, the Vatican said on Thursday, January 14.

The 84-year-old pope and the 93-year-old former pope, got their jabs as part of a Vatican vaccination program that began on Wednesday, January 13.

Both men are vulnerable to contracting the virus because of their age.

Francis is perhaps more at risk because part of one of his lungs was removed following an illness when he was a young man in his native Argentina.

Benedict is frail and suffering from a number of ailments related to old age, such as arthritis.

There have been fewer than 30 cases of coronavirus in the Vatican City, most of them among the Swiss Guard, who live in a communal barracks.

Pope Francis said at the weekend that everyone should get a jab. “It is an ethical choice because you are gambling with your health, with your life, but you are also gambling with the lives of others,” he told Italy’s Canale 5 TV station. – Rappler.com