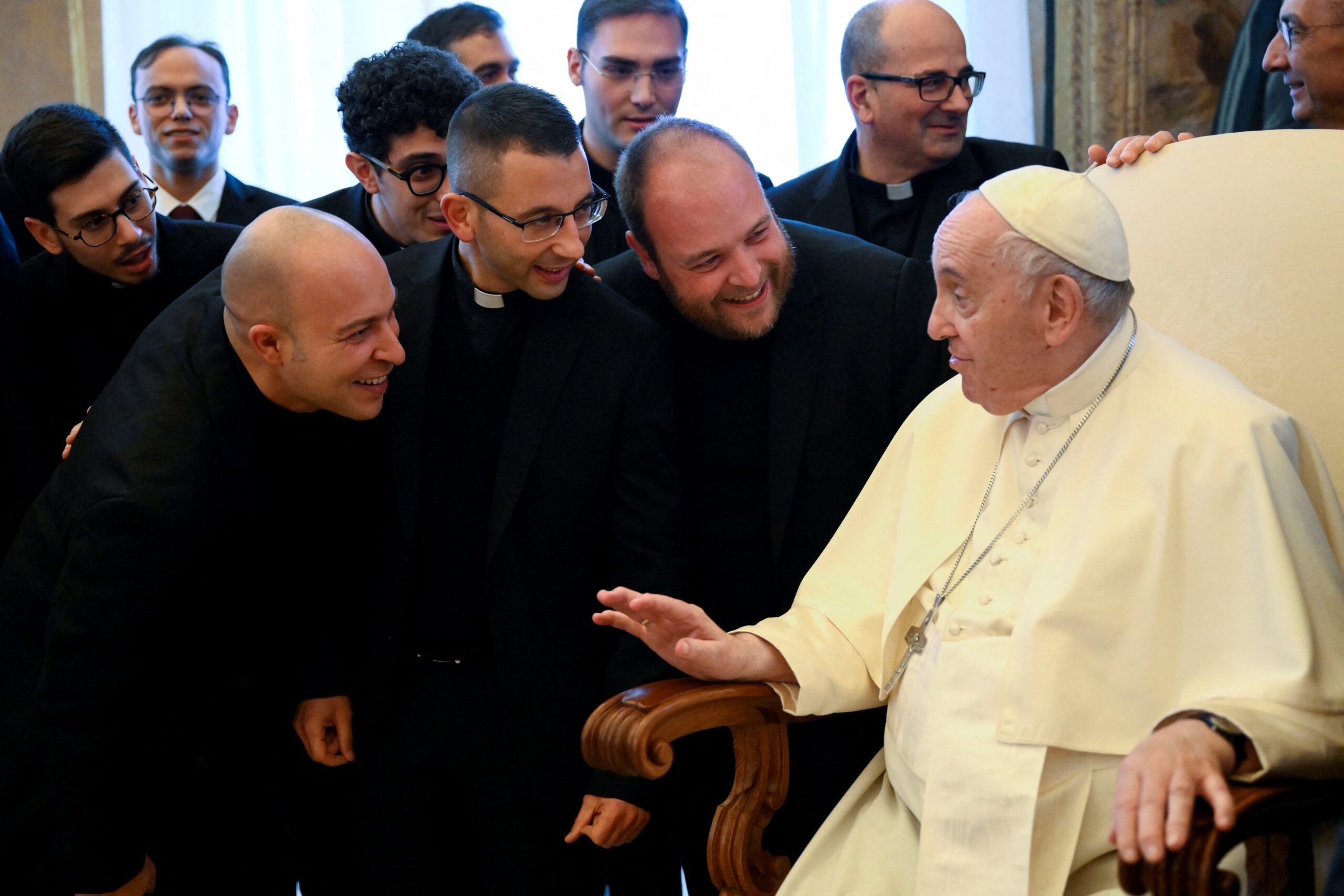 BIRTHDAY. Pope Francis meets with Seminarians of the Diocese of Rome during his 86th birthday at the Vatican, December 17, 2022.

Facebook Twitter Copy URL
Copied
The pope rewards three individuals involved in charity work, including a homeless man who gives other street dwellers part of the alms he receives

VATICAN CITY – Pope Francis marked his 86th birthday on Saturday, December 17, by rewarding three people involved in charity work, including a homeless man who gives other street dwellers part of the alms he receives.

The pope gave the three the Mother Teresa Prize as recognition of their different forms of charity. The nun, who died in 1997, worked among the poorest people in India and founded the Missionaries of Charity.

The homeless man was identified by the Vatican only by his first name, Gian Piero and his street name, Wué.

The other two honored were Franciscan priest Hanna Jallouf, a Syrian who works in his country, and Italian industrialist Silvano Pedrollo for his work in building schools and bringing clean drinking water to the poor in developing countries.

Pope Francis gave them the prize, a small globe of the world in a cube-shaped frame with an image of Mother Teresa holding a child, at a ceremony in the Vatican.

At the ceremony, the pope kissed the homeless man’s hand and one of the nuns of the order founded by Mother Teresa put a flower garland around the pope’s neck.

At a separate audience, Rome seminarians presented him with cake. No other particular birthday celebrations were planned.

Francis was born Jorge Mario Bergoglio in Buenos Aires in 1936. Next March, he will mark the 10th anniversary of his election as head of the 1.3 billion member Roman Catholic Church. – Rappler.com