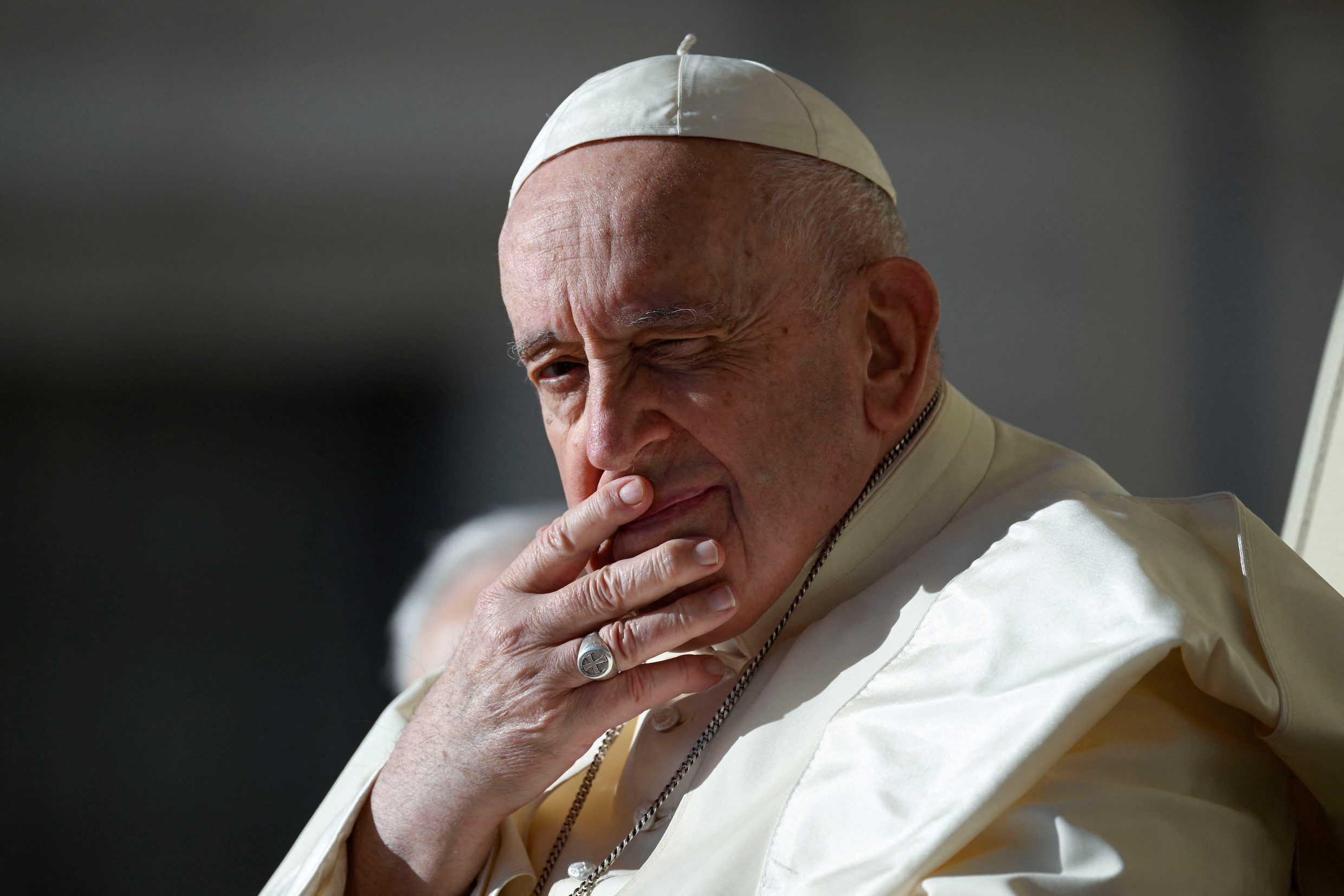 Facebook Twitter Copy URL
Copied
Pope Francis says he was told 'of the pain of these (Ukrainian) people, the savage acts, the monstrosity, the tortured bodies they find. Let us unite with these people, so noble, and martyred.'

VATICAN CITY – Pope Francis, speaking as Russian President Vladimir Putin warned the West he was not
bluffing about possibly using nuclear weapons, said on Wednesday, September 21, that thinking of such an act was “madness”.

Francis also said Ukrainians were being subjected to savageness, monstrosities and torture, calling them a “noble” people being martyred.

The Pope, discussing his trip to Kazakhstan last week to a crowd for his general audience in St. Peter’s Square, praised the central Asian country for giving up nuclear weapons after its independence from the Soviet Union in 1991.

“This was courageous. At a time in this tragic war where some are thinking of nuclear weapons – which is madness – this country said ‘no’ to nuclear weapons from the start,” Francis said.

Putin ordered Russia’s first mobilization since World War Two and backed a plan to annex swathes of Ukraine, warning the West he was not bluffing when he said he’d be ready to use nuclear weapons to defend Russia.

Francis, who did not name Russia or Putin, told the crowd of a conversation he had on Tuesday with Cardinal Konrad Krajewski, his charity chief who is delivering aid in Ukraine.

Vatican media said Krajewski, who is Polish, had to run and take cover after coming under light gunfire last week while delivering aid with a Catholic bishop, a Protestant bishop and a Ukrainian soldier. It said he also visited mass graves outside Izium, in northeast Ukraine.

“He (Krajewski) told me of the pain of these people, the savage acts, the monstrosity, the tortured bodies they find. Let us unite with these people, so noble, and martyred,” he said.

Ukrainian officials have said they have found hundreds of bodies, some with their hands tied behind their backs, buried in territory recaptured from Russian forces, in what President Volodymyr Zelenskiy called proof of war crimes.

Russia has consistently denied its troops have committed war crimes since it invaded Ukraine in February. On Monday, the Kremlin rejected allegations of such abuses in Kharkiv region, where Izium is located, as a “lie”.

Of the 111 civilian bodies exhumed by Wednesday, four showed signs of torture, Serhiy Bolvinov, the head of investigative police in the Kharkiv region, told Reuters at the burial ground. – Rappler.com