Pope Francis says with frailty and age, he is in new phase of papacy 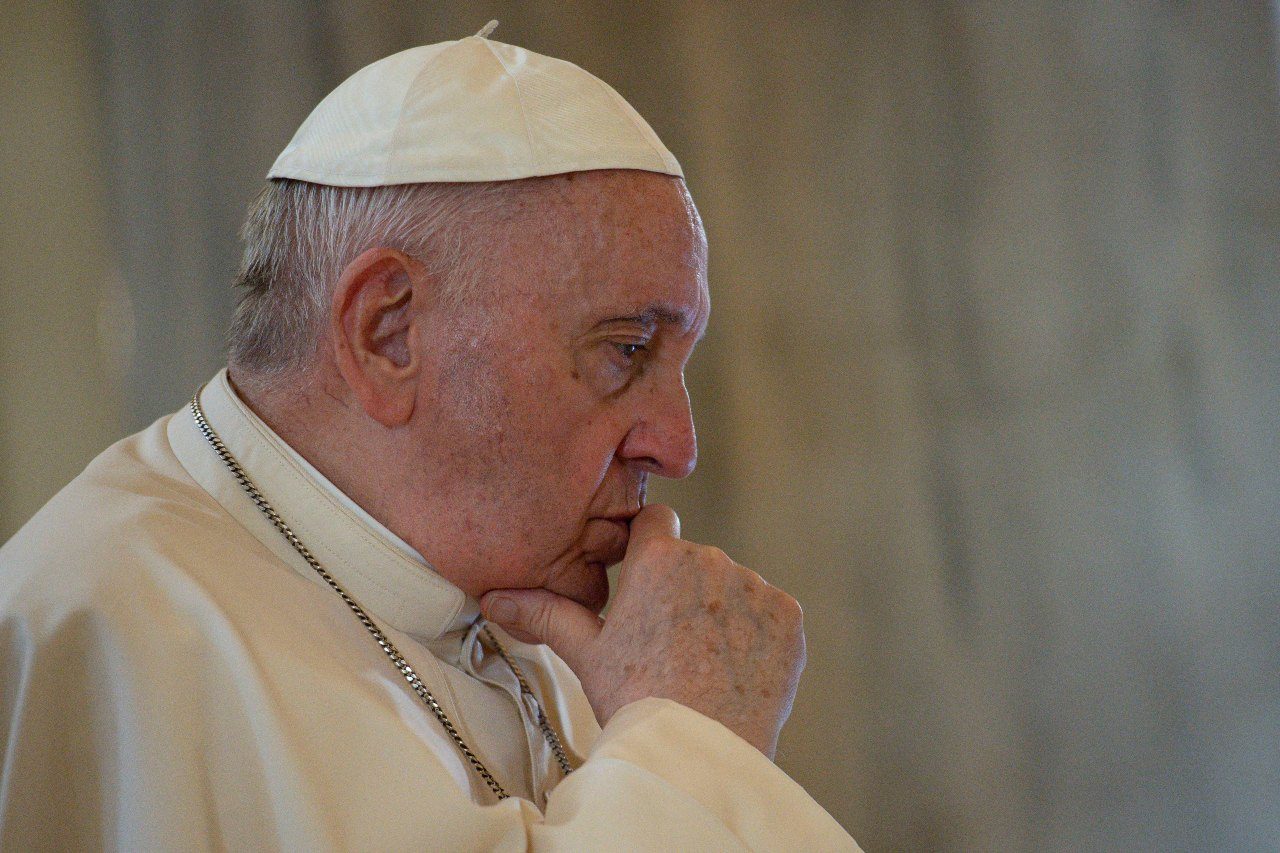 Pope Francis leads a prayer for peace from Basilica of St. Mary Major in Rome, Italy May 31, 2022. Vatican Media/Simone Risoluti/u00adHandout via REUTERS ATTENTION EDITORS - THIS IMAGE WAS PROVIDED BY A THIRD PARTY.

Facebook Twitter Copy URL
Copied
'I think that at my age and with this limitation I have to preserve myself a bit in order to be able to serve the Church, or decide to step aside,' the Holy Father says

ABOARD THE PAPAL PLANE – Pope Francis said on Saturday, July 30, that his advancing age and his difficulty walking have ushered in a new, slower phase of his papacy, and repeated that he would be ready to resign one day if serious health problems prohibited him from running the Church.

“I don’t think I can continue doing trips with the same rhythm as before,” he said in answers to reporters’ questions aboard the plane returning to Rome from a week-long trip in Canada.

For the past few months Francis, 85, has been using a wheelchair, a cane or a walker because of knee pain caused by a fracture and inflamed ligament.

He walked with a cane to the rear cabin where reporters travel, but sat in a wheelchair for the traditional, 45-minute post-trip news conference, the first time he has done so on his 37 international trips since he was elected as pope in 2013.

“I think that at my age and with this limitation I have to preserve myself a bit in order to be able to serve the Church, or decide to step aside,” Francis said.

The pace of the trip to Canada, which centered on his apologies for the Church’s role in residential schools to assimilate indigenous children, was slower than in the past, with usually only two events a day and long patches of rest time.

Francis said he preferred not to have an operation on his knee because he did not want a repeat of long-term negative side effects from anaesthesia he suffered after an intestinal operation a year ago.

“But I will try to continue to travel in order to be close to people because it is a way of serving,” he said.

He indicated that he would first make trip to places he had already promised to go, such as South Sudan, Democratic Republic of Congo, Lebanon, and perhaps Kazakhstan before deciding on future trips.

“I have all the good will but we will have to see what the leg says,” he said.

‘The door is open’

In an interview with Reuters this month, Francis said he had no intention of resigning soon.

He has said often that he could follow in the footsteps of Pope Benedict, who in 2013 became the first pope in 600 years to resign instead of rule for life.

“This, with all honesty, is not a catastrophe. There can be a change of popes, there is no problem with that,” he said. 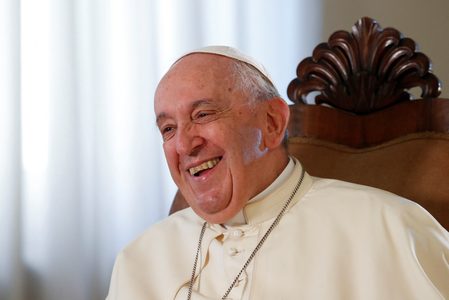 “The door is open. It is one of the normal options. Up until today, I did not use that door. I did not think it was necessary to think of this possibility but that does not mean that the day after tomorrow I don’t start thinking about it,” he said.

“This trip was a bit of a test. It is true that I can’t make trips in this condition. Maybe the style has to change, make fewer trips, make the trips I have promised to make, re-jig things. But it will be the Lord who decides. The door is open,” he said. – Rappler.com