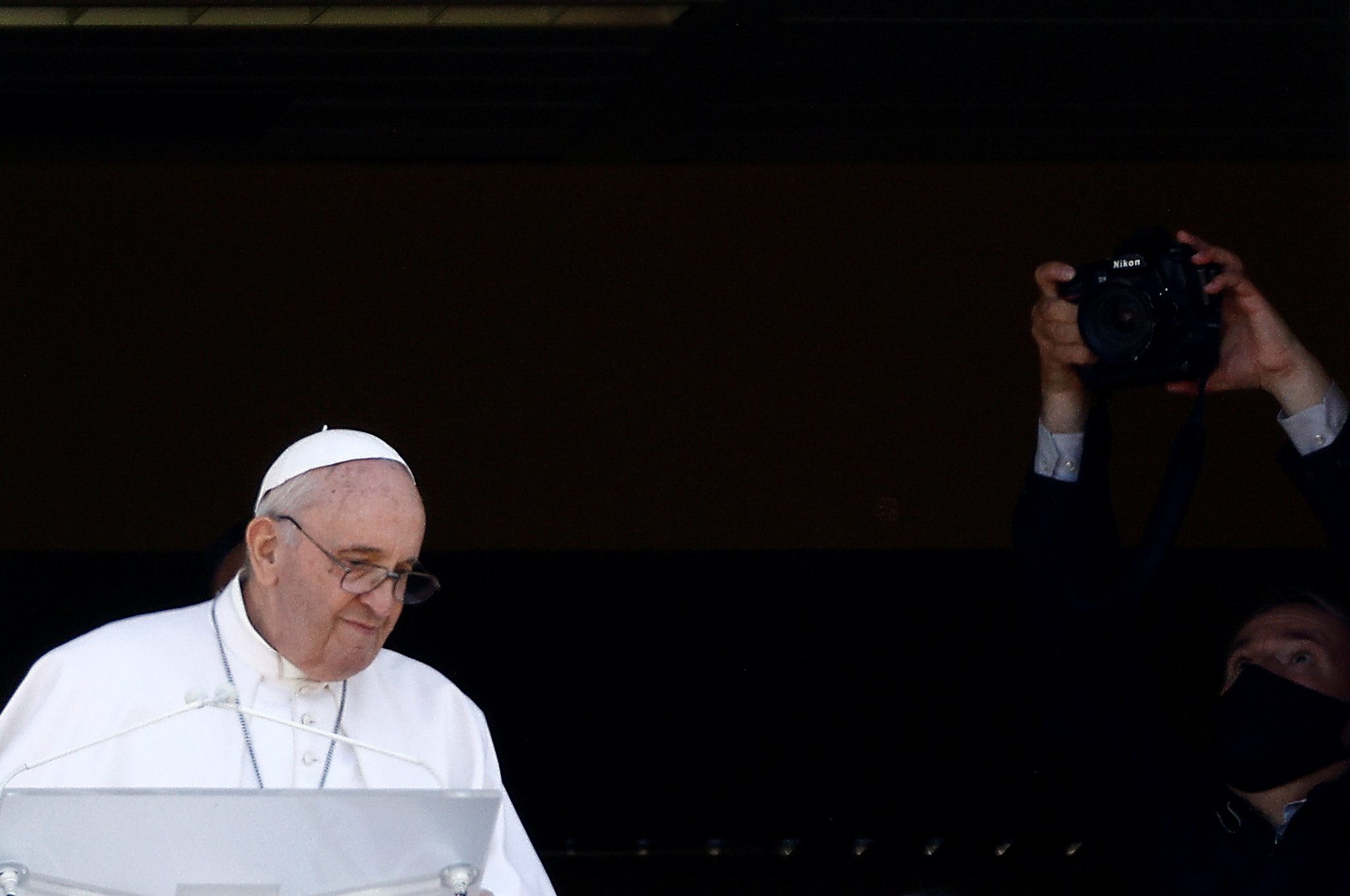 RECOVERY. Pope Francis speaks with a health worker at the Gemelli hospital, as he recovers following scheduled surgery on his colon, in Rome, Italy, on July 11, 2021.

Pope Francis has completed his post-surgery treatment but will remain in hospital a few more days in order to fine-tune his course of medication and rehabilitation, the Vatican said on Monday, July 12.

When the Pope entered hospital on July 4 to have part of his colon removed, the Vatican said he would stay about seven days, barring complications.

“His Holiness Pope Francis spent a tranquil day (Sunday) and completed his post-operative course,” spokesperson Matteo Bruni said in his daily statement on the Pope’s condition.

“In order to fine-tune his medical and rehabilitative therapy, the Holy Father will remain hospitalized for a few more days,” he said in the Italian-language statement.

Bruni said that before the Pope made his public address on Sunday, July 11, from the balcony of the Gemelli hospital, he visited children in the nearby cancer ward, some of whom accompanied him to the balcony and stood with him.

After the address, the Pope visited other patients and medical staff, Bruni said.

The Pope stood for about 10 minutes while delivering the address on Sunday and appeared in overall good condition, although his voice was raspy. The Vatican later released pictures of Francis being taken through the hospital in a wheelchair to visit the other patients and doctors. – Rappler.com