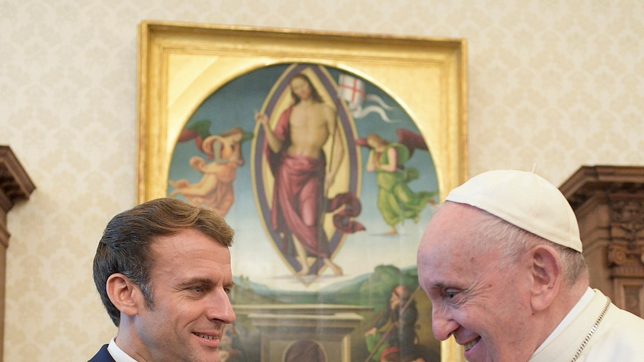 Pope Francis reacts during a meeting with French President Emmanuel Macron at the Vatican, November 26, 2021.

Facebook Twitter Copy URL
Copied
The Vatican releases a video of the two before and after the talks in the papal library showing them to be very friendly, with both laughing

Pope Francis, 84, joked on Friday “I’m still alive” when asked by French President Emmanuel Macron how things were going at the start of hour-long private talks in the Vatican.

A video released by the Vatican of the two before and after the talks in the papal library showed the two to be very friendly, with both laughing.

When the president sat at the Pope’s desk and asked how things were going, Francis answered in Italian “I’m still alive.” He shortly later said “perfect” but it was unclear whether he was referring to the same question.

Francis was hospitalized for 11 days in July during which he underwent surgery to remove part of his colon, which had narrowed. It was the first time he had been hospitalized since his election in 2013.

A Vatican statement did not disclose what the two had discussed privately but said Macron’s talks with top Vatican diplomats afterwards included climate change, Lebanon, the Middle East, Africa, and the forthcoming French Presidency of the European Union. 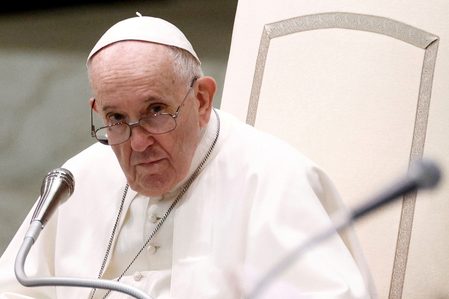 Shortly before the papal audience, Macron had told reporters he wanted to talk to Francis, among other things, about the equitable distribution of COVID-19 vaccines, the Lebanon crisis and migration.

Macron earlier on Friday told Britain it needed to “get serious” or remain locked out of discussions over how to curb the flow of migrants escaping war and poverty across the Channel as Britain and France continued to trade blame over the death of 27 migrants at sea.

France is also taking a leading role to help Lebanon emerge from its crippling economic crisis.

The Pope, meeting the prime minister of Lebanon on Thursday, compared the country to a dying person and promised to do everything in his power to help it “rise again”.

Macron gave the Pope a rare copy of a 1585 biography of St. Ignatius Loyola, the founder of the Jesuits, the religious order of which the Pope is a member. – Rappler.com