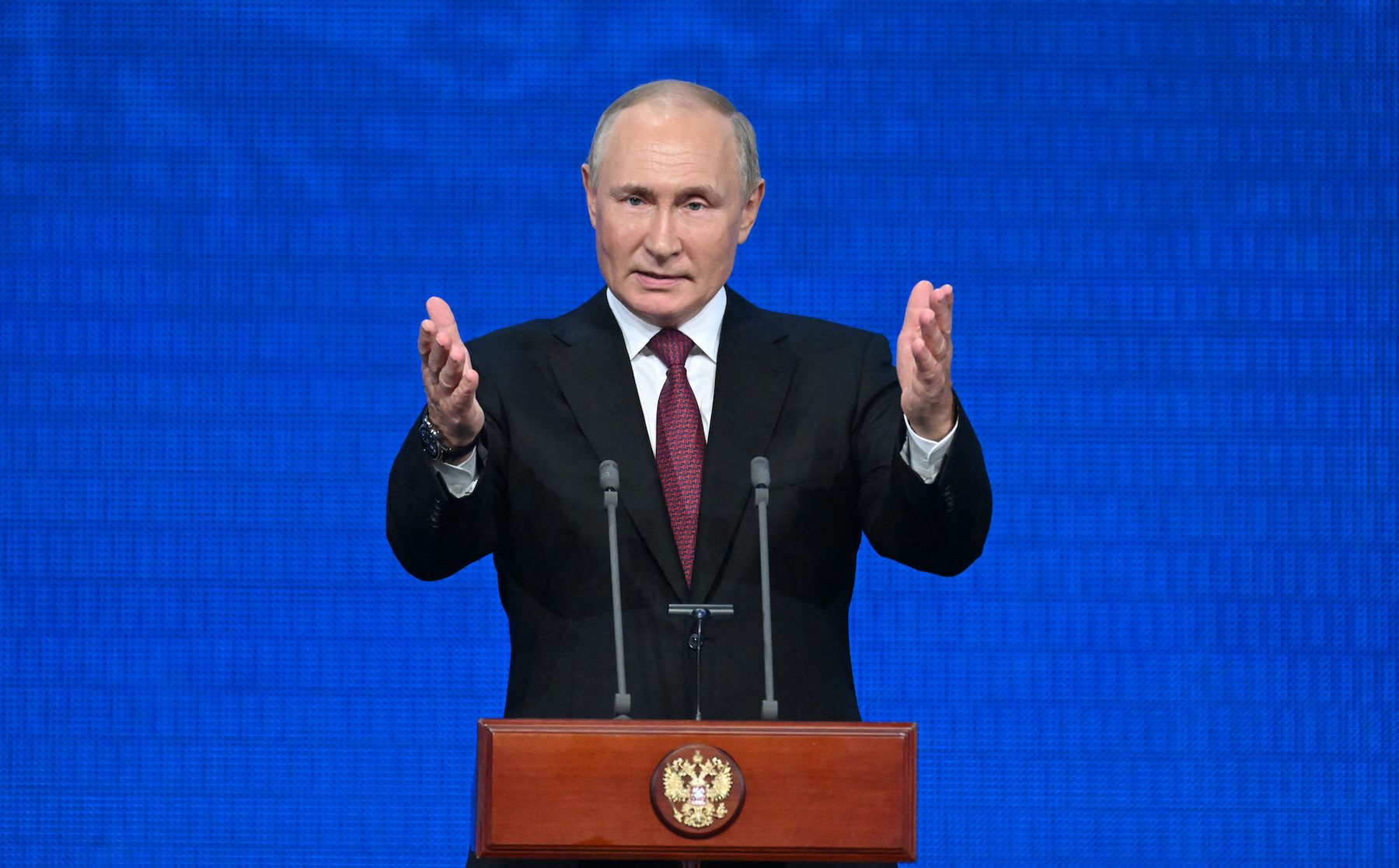 SPEECH. In this file photo, Russian President Vladimir Putin delivers a speech during an event marking the 100th foundation anniversary of the republics of Adygea, Kabardino-Balkaria, and Karachay-Cherkessia in Moscow, Russia, September 20, 2022.

“The results of the Party Congress fully confirm your high political authority, as well as the unity of the party you lead,” Putin told Xi, according to the Kremlin’s website.

Xi and Putin signed a “no limits” partnership agreement in February, three weeks before Russia’s invasion of Ukraine. Since then, China has taken a careful line, criticizing Western sanctions against Russia but stopping short of endorsing or assisting in the military campaign.

Last month during a face-to-face meeting between the pair, Putin said he understood Xi had “questions and concerns” about the situation in Ukraine, a surprising public acknowledgment of differences between them over the war.

Moscow increasingly sees Beijing as a key geopolitical and economic partner in the face of Western sanctions and isolation, and Putin has sought to foster warm personal ties with Xi.

The Russian president said he was confident that Xi’s reappointment would “strengthen China’s position in the international arena” and help the country realize its vast domestic investment and development plans, the Kremlin said. – Rappler.com

Biden: Putin’s talk of possible use of nuclear weapons in Ukraine is ‘dangerous’