FALLING SHORT. A child runs as climate change activists gather to protest outside of BlackRock headquarters ahead of the 2021 United Nations Climate Change Conference (COP26), in San Francisco, California, US, on October 29, 2021.

LONDON, United Kingdom – The world is falling far short at rounding up money to help struggling nations adapt to the increasingly dangerous impacts of climate change, according to a report released Thursday, November 3.

As well as finding the money and political will to slash emissions and contain global warming, hundreds of billions of dollars are needed to protect countries from changes that have happened much faster than scientists had anticipated.

In 2020, money from donor nations set aside for helping poorer countries adapt to climate change was just $29 billion — far below the $340 billion per year that could be needed by 2030.

“It’s time for a global climate adaptation overhaul,” said United Nations secretary-general Antonio Guterres in a media statement, noting he had asked green climate funds to work with public and private financiers to pilot a new accelerator for adaptation investment.

The accelerator will help financiers work with developing countries to invest in their adaptation priorities and specific projects.

Adaptation funds are often put into programs like improving food security by planting crops that are resilient to heat and drought, or in infrastructure, such as sea walls to help keep rising waters at bay.

At the UN climate summit in Glasgow last year, developed countries agreed to double support for adaptation financing to $40 billion per year by 2025.

At COP27 in Sharm El Sheikh, Egypt, beginning November 6, countries “must present a credible roadmap with clear milestones on how this will be delivered – preferably as grants, not loans,” said Guterres. 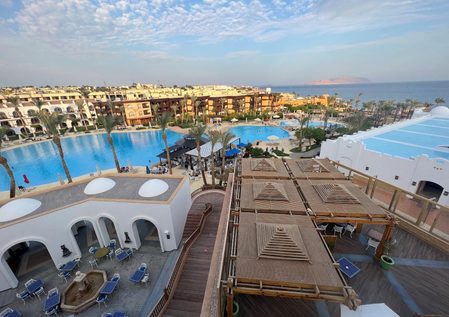 Africa, in particular, has struggled to respond to worsening weather extremes. Current annual adaptation spending on the continent is $11.4 billion – or about 40% of all climate finance, according to a report by the Global Center on Adaptation, an international solutions broker hosted in the Netherlands. Meeting countries’ emissions pledges would require an additional $41 billion a year.

“Adaptation finance is scaling too slowly to close the investment gap in Africa,” said Patrick Verkooijen, CEO of GCA. One of the key programs to combat this shortfall is the Africa Adaptation Acceleration Program which seeks to raise $25 billion for countries in the next three years.

It’s “the best vehicle we have to ensure the adaptation investment shortfall in Africa is met with action from all available sources including the private sector,” said Verkooijen. – Rappler.com