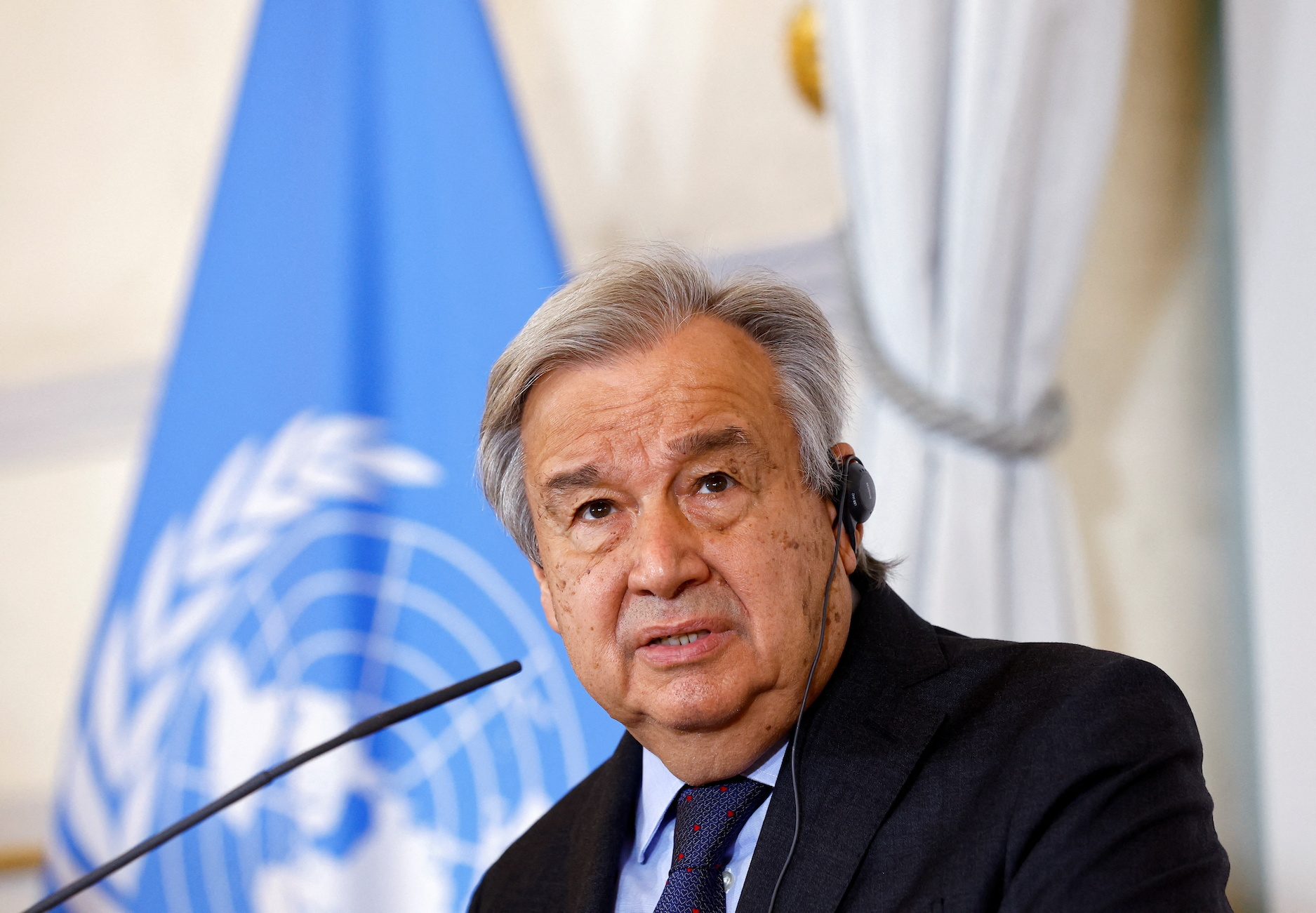 VIENNA, Austria – UN Secretary-General Antonio Guterres said on Wednesday, May 11, he was deeply concerned about hunger becoming widespread as the war in Ukraine threatened food security in different parts of the world.

Speaking alongside Austria’s chancellor and foreign minister in Vienna, Guterres also said talks were going on to evacuate more civilians from conflict zones in Ukraine and expressed confidence that more evacuations would happen in the future.

However, he played down the prospect of peace talks over Ukraine happening anytime soon.

The war in Ukraine has sent global prices for grains, cooking oils, fuel and fertilizer soaring, with United Nations agencies warning that the price hikes will worsen a food crisis in Africa.

The Russian invasion of Ukraine since February has disrupted shipping in the Black Sea, a major route for grains and other commodities, throttling exports from Ukraine and Russia.

“…I have to say that I am deeply concerned, namely with the risks of hunger becoming widespread in different parts of the world because of the dramatic food security situation we are facing because of the war in Ukraine,” Guterres said.

On the back of a visit to Moldova, a small country that has thrown its doors open to an influx of refugees from neighboring Ukraine, Guterres urged the European Union to ramp up financial support for the government in Chisinau.

Speaking at an earlier event, Guterres said the time would come when there are peace negotiations over Ukraine, but he did not see that time in the immediate future.

“This war will not last forever. There will be a time when peace negotiations will take place,” Guterres told a news
conference with Austrian President Alexander Van der Bellen.

“I do not see that in the immediate future. But I can say one thing. We will never give up,” he added, in remarks translated into German by an official translator. – Rappler.com