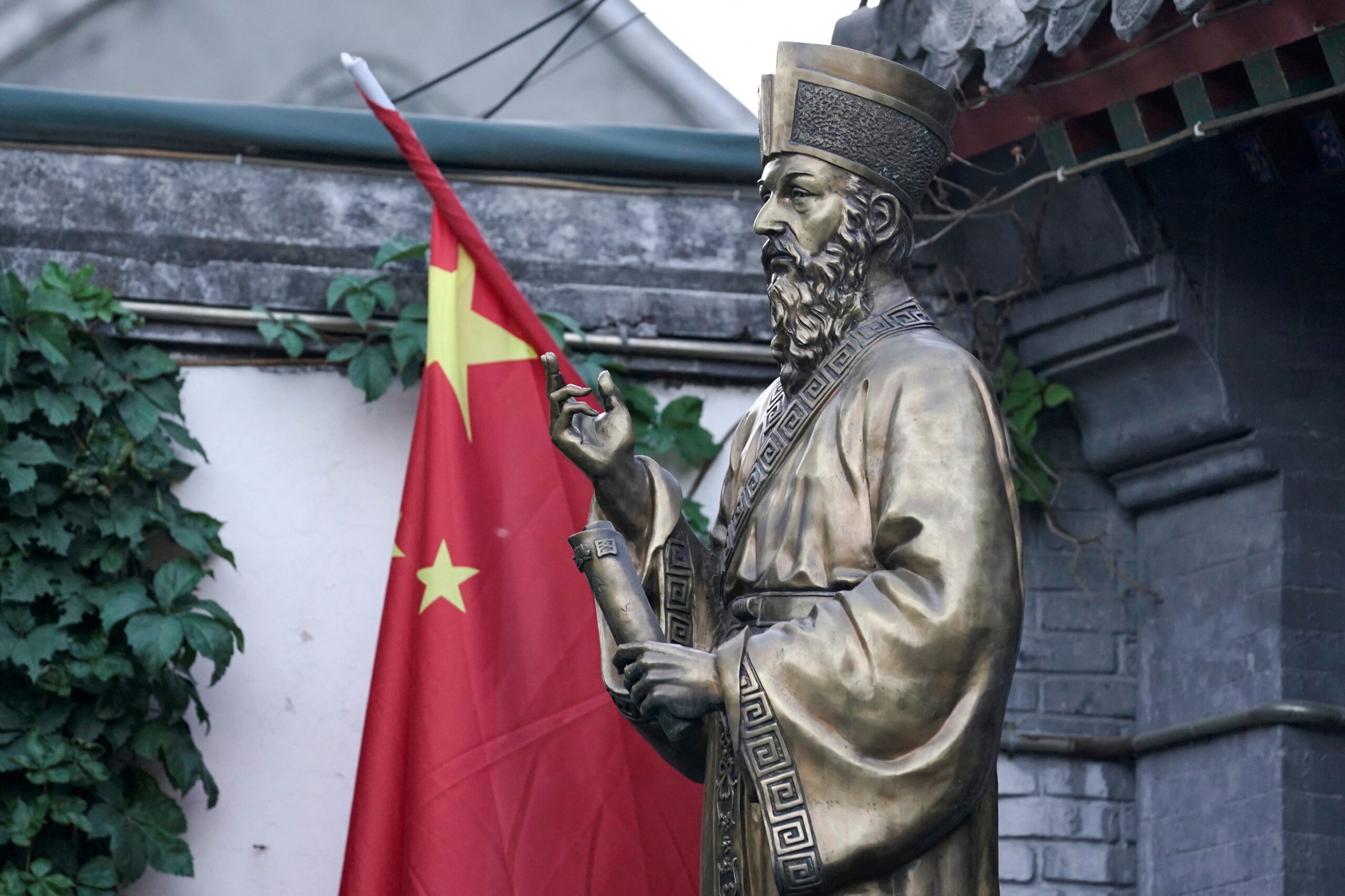 In this file photo, a Chinese flag is seen next to the statue of Italian Jesuit Matteo Ricci, the first builder of church during the Ming Dynasty, at the entrance of Beijing South Catholic Church, a government-sanctioned Catholic church, in Beijing, China September 29, 2018.

VATICAN CITY – The Vatican on Saturday accused Chinese authorities of violating a bilateral pact on the appointment of bishops by installing one in a diocese not recognized by the Holy See.

A statement said the Vatican learned with “surprise and regret” that the bishop of another district had been installed as auxiliary, or assistant, bishop in Jiangxi.

The unauthorized installation appeared to be one of the most serious violations of a 2018 agreement between the Vatican and Beijing on the appointment of bishops.

The Chinese foreign ministry did not immediately respond to a request for comment.

The accord, which some Catholics have denounced as a sell-out to China’s Communist authorities, was last renewed for a two-year period in October. Its details are still secret.

Jiangxi is not recognized as a diocese by the Vatican, the statement said, adding that the installation did not “conform to the spirit of dialogue” that both sides had agreed to in 2018.

It said, without elaborating, that the installation of the bishop, Giovanni Peng Weizhao, followed “strong pressure from local authorities.”

AsiaNews, a Catholic news agency, said Peng was secretly ordained a bishop with papal approval in 2014, four years before the accord, and spent six months under arrest at the time.

The Vatican was expecting an explanation from Chinese authorities and was hoping that the “similar episodes are not repeated,” the statement said.

The deal was a bid to ease a longstanding divide across mainland China between an underground flock loyal to the pope and a state-backed official church. For the first time since the 1950s, both sides recognized the pope as supreme leader of the Catholic Church.

Critics, including Cardinal Joseph Zen, 90, the former archbishop of Hong Kong, have denounced it as offering too many concessions to China.

The Vatican statement came a day after a Hong Kong court found Zen and five others guilty of failing to register a now-disbanded fund for pro-democracy protesters.

Only six new bishops have been appointed since the deal was struck, which its opponents say proves it is not producing the desired effects. They also point to increasing restrictions on religious freedoms in China for Christians and other minorities.

When the deal was last renewed, Secretary of State Cardinal Pietro Parolin, its chief architect, said that while the achievements since 2018 “may seem small,” in the context of a conflicted history they were “important steps toward the progressive healing of the wounds inflicted” on the Chinese Church. – Rappler.com