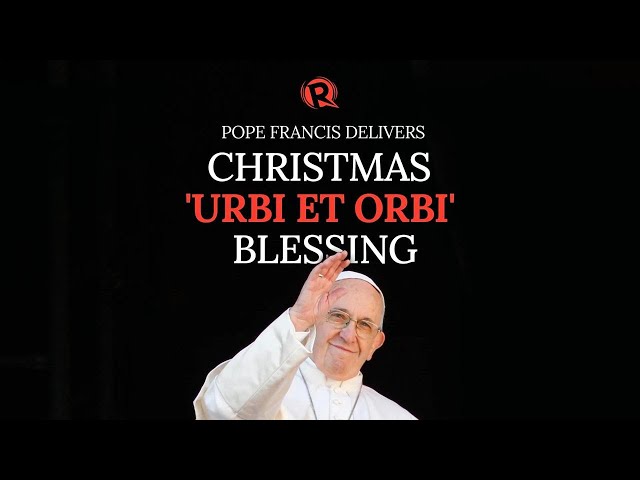 On one of Christianity’s greatest feasts, Pope Francis addresses Catholics and non-Catholics alike as he delivers his traditional “Urbi et Orbi” blessing on Christmas Day, December 25.

“Urbi et Orbi” is a Latin phrase that literally means “To the city (of Rome) and the world.”

During the “Urbi et Orbi,” the Pope delivers a speech tackling issues of global concern such as wars, human trafficking, and even the COVID-19 pandemic. The speech is followed by a blessing that comes with a plenary indulgence, the remission of temporal punishment due to sins that have already been forgiven.