WHO calls for strengthened role as US proposes new pandemic fund 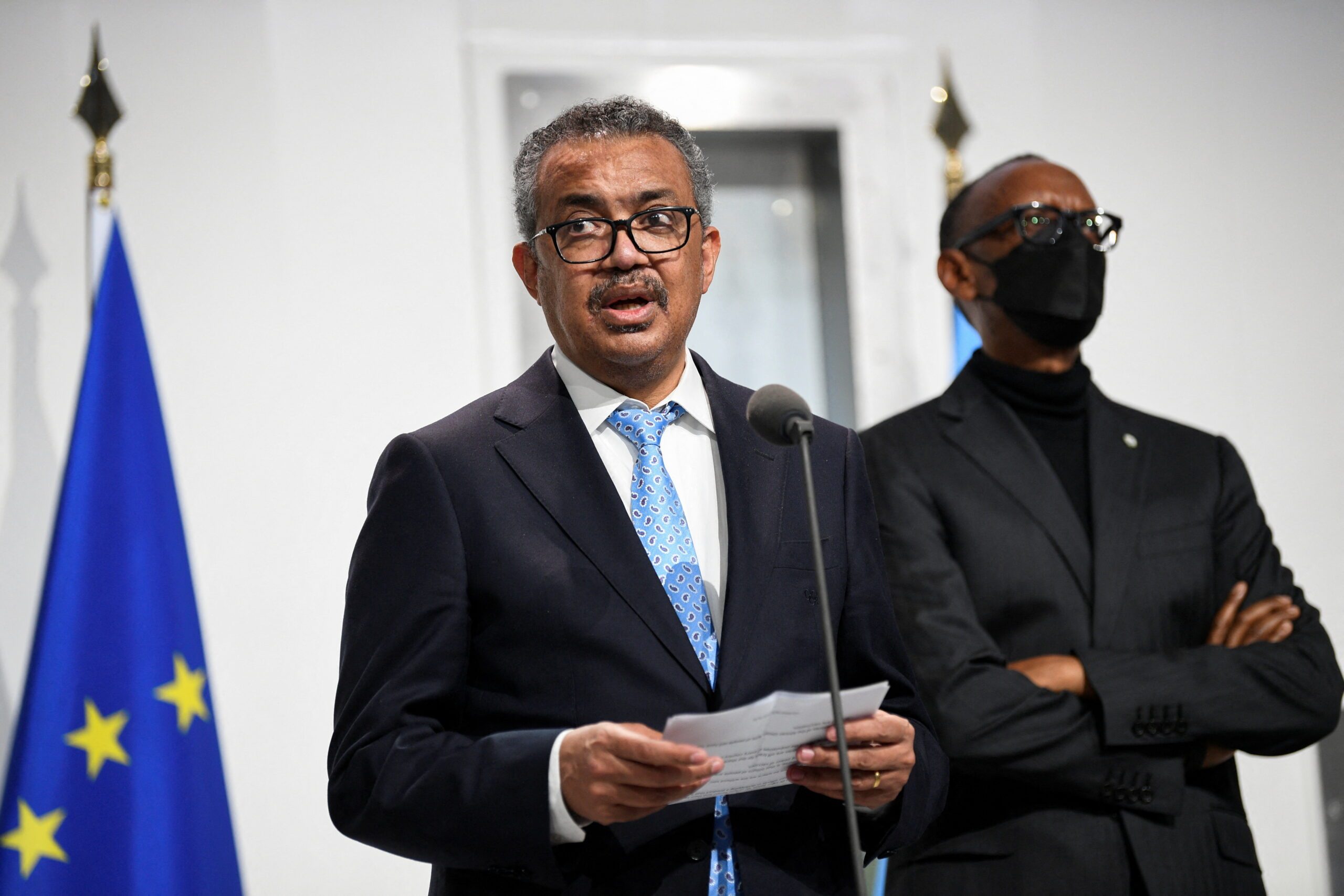 WHO'S ROLE. World Health Organization Tedros Adhanom Ghebreyesus speaks in front of so-called 'BioNTainer,' a system to produce vaccines in Africa, during a presentation in Marburg, Germany, on February 16, 2022.

JAKARTA, Indonesia – Efforts to strengthen global health security will only succeed if the role of the World Health Organization (WHO) is enhanced, the agency’s head said on Thursday, February 17, as its biggest donor, Washington, proposed a new global pandemic prevention fund.

Speaking via video link at a G20 meeting of finance leaders, WHO director-general Tedros Adhanom Ghebreyesus was responding to the idea of a separate global health fund tasked with delivering emergency funds, vaccines and other medical needs.

“It’s clear that at the center of this architecture, the world needs a strong and sustainably financed WHO…with its unique mandate, unique technical expertise and unique global legitimacy,” Tedros told a panel in the Indonesian capital.

“Any efforts to enhance the governance, systems, and financing of global health security can only succeed if they also enhance WHO’s role,” he said.

During the discussion, Italian Health Minister Roberto Speranza said, “The WHO must remain at the center of the global health architecture,” adding, “We need to work even more to create a stronger architecture on health policies.”

At a separate discussion, US Treasury Secretary Janet Yellen urged G20 members to back the proposed fund for pandemic prevention and preparedness.

Seeking to dispel reservations raised by some among the world’s 20 biggest economies, Yellen said it would not siphon off money needed to strengthen the WHO, or create a new multilateral body.

“We don’t see this as a pool of money that sits idly waiting to respond to the next pandemic,” she said, adding that the new fund would spur investment in disease detection and surveillance systems against future crises.

Indonesia is the host of the G20 this year.

Last week, its health minister questioned if the WHO was best placed to raise capital for a global health fund required to deliver emergency aid, including money, vaccines and diagnostics, in a future pandemic.

Under the current system, said the minister, Budi Gunadi Sadikin, countries were “basically on their own” in securing vaccines and vital medical supplies.

Top WHO donor the United States is also pushing for the creation of a separate fund, directly controlled by donors, that would finance prevention and control of health emergencies.

Strengthening the global health architecture is one of President Joko Widodo’s priorities during Indonesia’s leadership of the G20. – Rappler.com