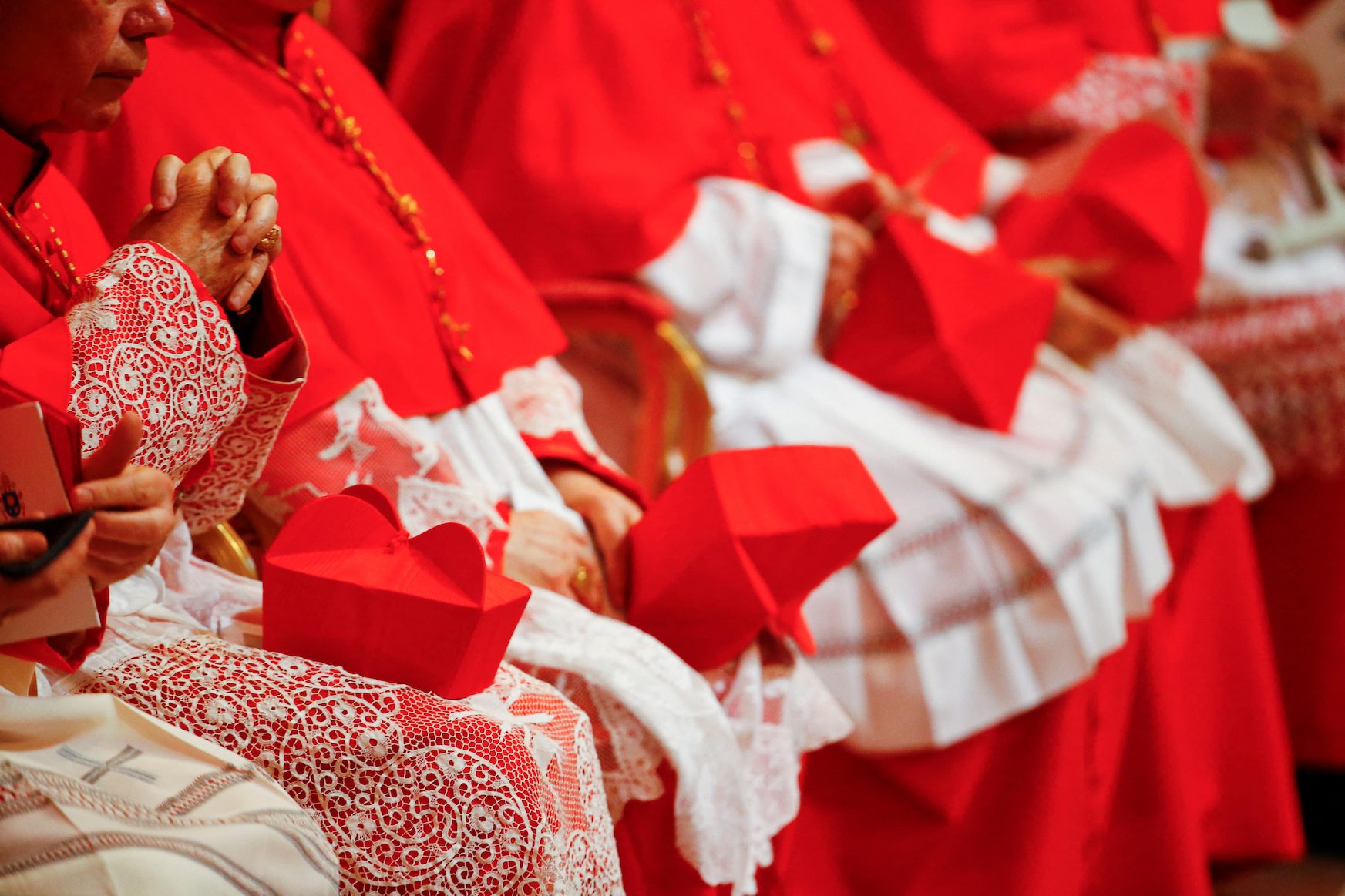 CHURCH. Cardinals are seen before a consistory ceremony to install 14 new cardinals in Saint Peter's Basilica at the Vatican, June 28, 2018.

Facebook Twitter Copy URL
Copied
'As far as the ordination of women is concerned, for example, view is very clear, that the question is closed. But the question exists and it has to elaborated and discussed,' Bishop Georg Baetzing says

VATICAN CITY – A leading German Catholic bishop on Saturday, November 19, contested the Vatican’s view that debates about women priests and homosexuality were closed, saying they will have to be confronted in the future.

Bishop Georg Baetzing spoke at a news conference at the end of a week of talks between Pope Francis and Vatican officials on one side, and all of Germany’s bishops on the other.

They centered on a controversial German progressive movement, known as the “Synodal Path,” that aims to give lay Catholics a say on some doctrinal matters as well as the appointment of bishops.

The movement has alarmed Catholic conservatives and moderates around the world, who fear that it could lead to massive splintering similar to what happened in Anglican and Protestant Churches after they introduced similar changes in recent decades.

“As far as the ordination of women is concerned, for example, (the Vatican’s) view is very clear, that the question is closed. But the question exists and it has to elaborated and discussed,” said Baetzing, who is bishop of Limburg and head of the German Bishops Conference.

The Catholic Church teaches that women cannot be priests because Jesus chose only men as his apostles, and that while same-sex attraction is not sinful, homosexual acts are.

Some Church progressives want the Catholic catechism to be changed so that it does not condemn homosexual acts in a committed relationship and to open a process leading to women’s ordination.

“All these questions are on the table (of the German Synodal Path) and all attempts of cancel them will not have success,” Baetzing said.

“Popes have tried to say the question (of women priests) is closed but the fact is that the question exists. Many young women say ‘a church that refuses all of this cannot be my church in the long run,'” he said.

Asked if he would bar priests in his diocese from blessing same-sex unions Baetzing said: “I will not deny God’s blessing from those in committed relationships who are seeking it”.

In July, the Vatican tried to slam brakes on the German movement, saying it risked causing a schism in the universal Church.

Baetzing said he did not see such a risk: “It (schism) is not an option for any bishop or lay person in Germany. We are Catholics and we will remain Catholics but we want to be Catholics in a different way.” – Rappler.com