WHO, at heart of world’s sluggish COVID-19 response, could face shake-up 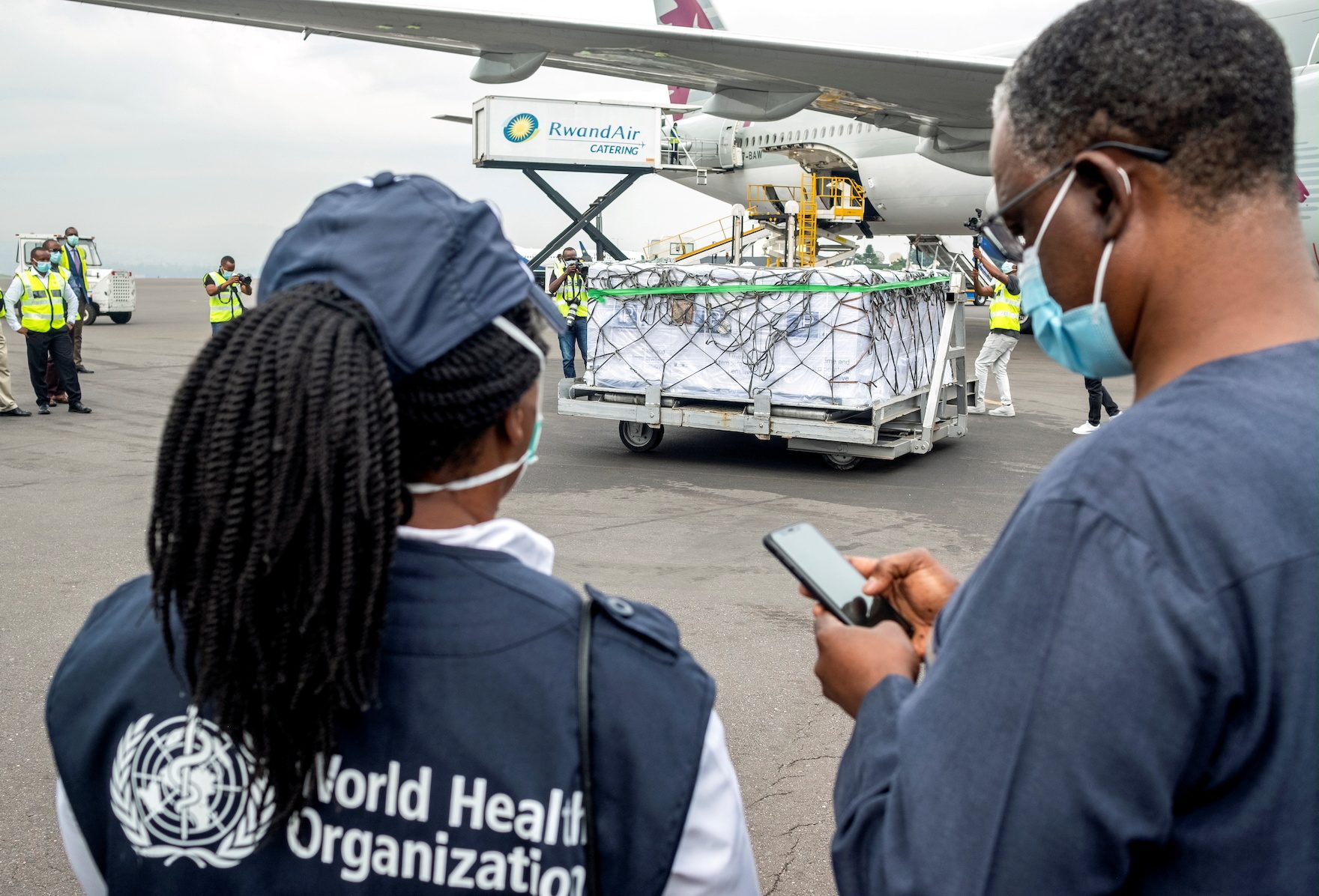 World Health Organization (WHO) officials attend the arrival of the first batch of vaccines against the coronavirus disease (COVID-19) at the Kigali international airport in Kigali, Rwanda March 3, 2021.

Facebook Twitter Copy URL
Copied
WHO's emergencies director says: 'Right now the pathogens have the upper hand, they are emerging more frequently and often silently in a planet that is out of balance'

The World Health Organization, at the heart of the world’s sluggish handling of the COVID-19 pandemic, faces a potential shake-up to prevent future outbreaks as a top official warned that “the pathogens have the upper hand”.

Health ministers agreed on Monday, May 31, to study recommendations for ambitious reforms made by independent experts to strengthen the capacity of both the UN agency and countries to contain new viruses.

Under the resolution submitted by the European Union, and adopted by consensus, member states are to be firmly in the driver’s seat of the reforms through a year-long process.

The new virus has infected more than 170 million people and killed nearly 3.7 million, according to a Reuters tally of official national figures.

Health ministers from WHO’s 194 member states will also meet from November 29 to decide whether to launch negotiations on an international treaty aimed at boosting defenses against any future pandemic.

WHO’s emergencies director, Mike Ryan, welcomed the decisions, telling its annual ministerial assembly: “Right now the pathogens have the upper hand, they are emerging more frequently and often silently in a planet that is out of balance.

The decisions were adopted in a plenary session on Monday at the end of its week-long assembly.

“A pandemic treaty under the roof of the WHO is the preferred way forward to strengthen the multilateral health architecture including the IHR (International Health Regulations) and to heed the call by so many experts to reset the system,” Chile’s ambassador Frank Tressler Zamorano said on behalf of 60 countries.

One panel, headed by former New Zealand Prime Minister Helen Clark and Ellen Johnson Sirleaf, a former president of Liberia, said that a new global system should be set up to respond faster to disease outbreaks to help ensure no future virus causes a pandemic as devastating as COVID-19.

The experts, who found crucial failures in the global response in early 2020, said that the WHO should be given the power to send investigators swiftly to chase down new disease outbreaks and to publish their full findings without delay.

They also called for setting up a Global Health Threats Council to maintain high-level political commitment to pandemic preparedness.

“The world was hit by this virus unprepared. And if another virus emerged tomorrow this would be still be the case,” Björn Kümmel, of Germany’s federal health ministry, said last week.

“A green light for this treaty process is the greatest commitment to learn from this crisis that this Assembly could have sent out. It is the most effective way to make sure that the global health crisis becomes the final one.” – Rappler.com