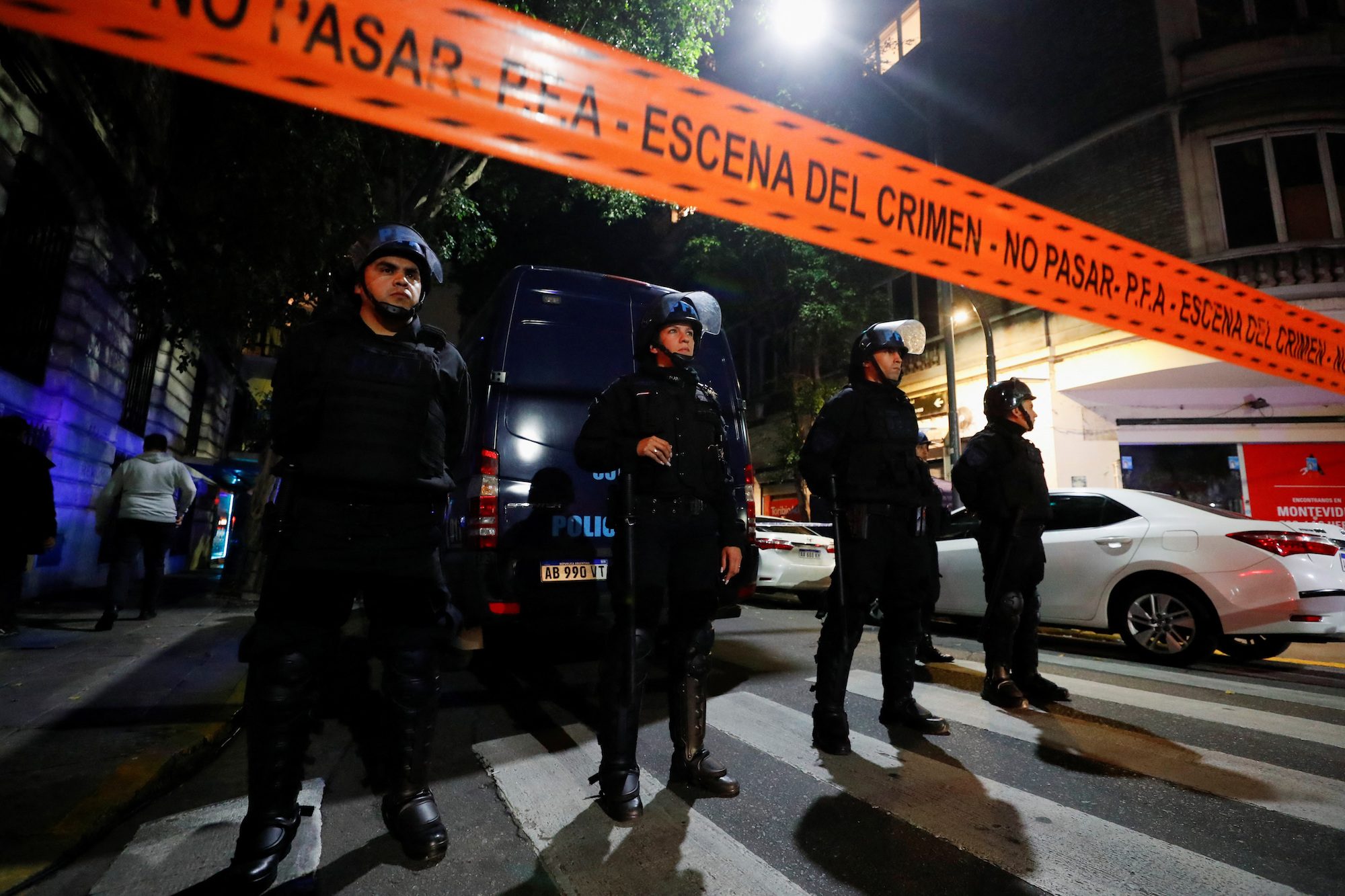 ATTACK. Policemen stand guard outside the house of Argentina's Vice President Cristina Fernandez de Kirchner after she was attacked by an unidentified assailant with a gun late on September 1, 2022, according to local television footage, in Buenos Aires, Argentina,

BUENOS AIRES, Argentina – Argentina’s Vice President Cristina Fernandez de Kirchner was threatened by a man with a gun late on Thursday, in what one government colleague described as an assassination attempt, but she was not harmed and no shots were fired..

The incident took place at the entrance of Fernandez de Kirchner’s Buenos Aires home, where hundreds of protesters have gathered in recent days to support the former president, who is in the midst of a corruption trial.

“When hate and violence prevail over debate, societies are destroyed and situations like these arise: attempted assassination,” he said in a tweet.

A police spokesman told Reuters that an “armed” man had been arrested near the residence and “a weapon was found a few meters from the scene.” He said the man could be of Brazilian origin.

Television footage had shown that no shots were fired after the man pointed a gun at Fernandez in the middle of a crowd. Local media noted that the man appeared middle-aged.

The Clarin newspaper reported that the gun was loaded, citing official sources. Reuters could not independently confirm this.

Government and opposition leaders, as well as politicians from other Latin American countries, expressed solidarity with Fernandez de Kirchner, who has been a divisive political figure and served as president for two terms between 2007 and 2015.

“Cristina is the victim of a criminal fascist who does not know how to respect differences,” added Brazil’s Luiz Inacio Lula da Silva, the frontrunner in next month’s presidential election. “Thank God she escaped unharmed.”

But some politicians dismissed the severity of the incident: “This seems to be the clumsy action of an unbalanced person with no connection to politics,” said lawmaker Martin Tetaz.

President Alberto Fernandez is expected to address the country on television later on Thursday. – Rappler.com