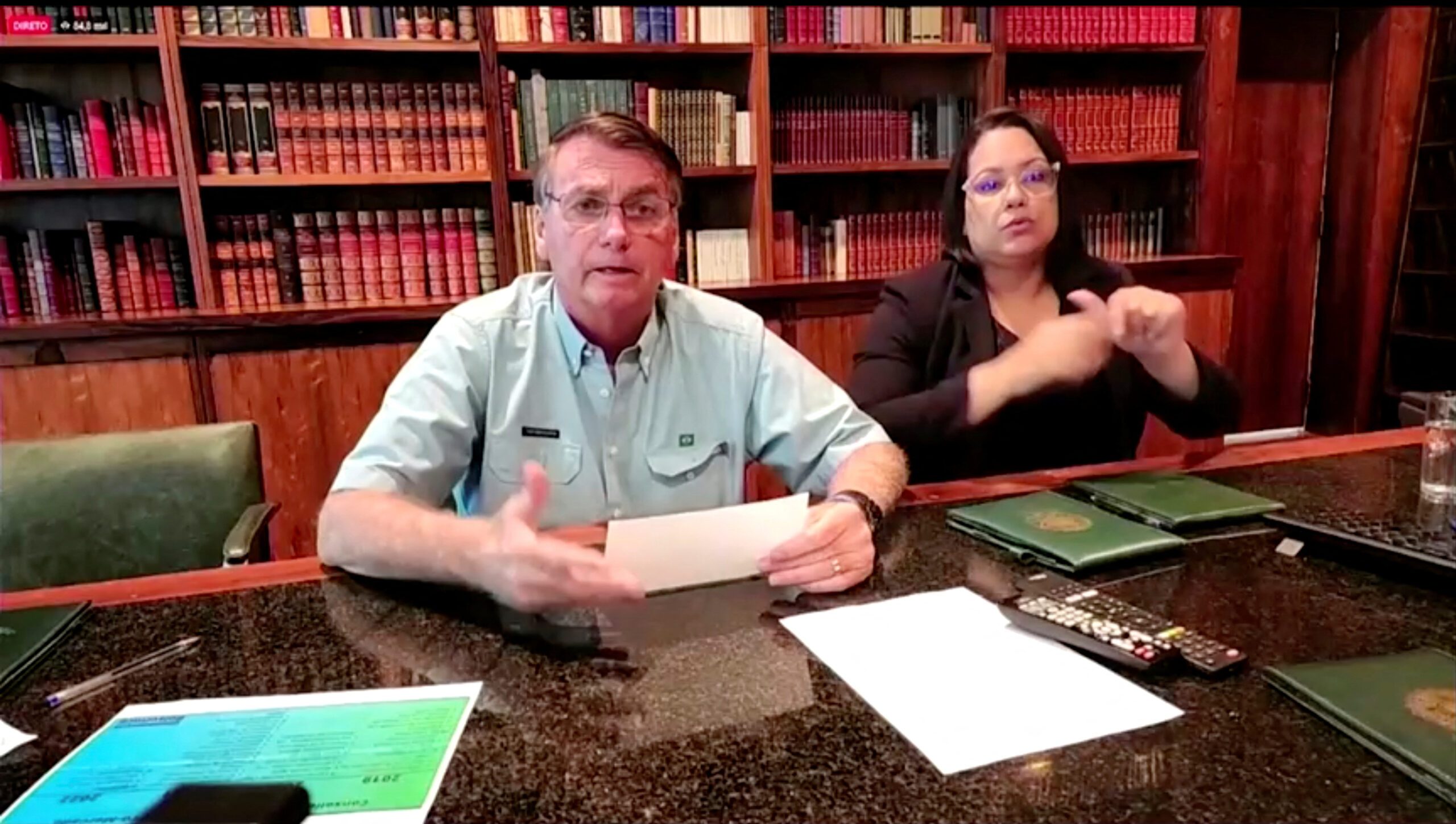 Presidency of Brazil/Handout via REUTERS

An official Brazilian plane landed in Orlando, Florida late on Friday, flight tracking website FlightAware showed. Although Bolsonaro’s destination has not been officially confirmed, his security staff were already in place in Florida.

Bolsonaro’s exit from Brazil came after he repeatedly said he would not hand over the presidential sash to Lula at Sunday’s inauguration, breaking with Brazil’s democratic tradition. He may also face legal risks from remaining in Brazil as his presidential immunity expires when Lula takes office.

His departure followed an emotional final address on social media earlier on Friday, in which he ran through the highlights of his time in office, sought to defend his legacy, and tried to inspire his followers into keeping up the fight against Lula.

Vice President Hamilton Mourao is now acting president after Bolsonaro left the country, his press office said. But Mourao will not pass the presidential sash to Lula, a spokesperson noted, raising doubts about who will do the ceremonial handover.

“I am in flight, back soon,” Bolsonaro was quoted as saying by CNN Brasil earlier in the day. His press office did not respond to a request for comment.

The U.S. State Department did not respond to a request for comment. The US embassy in Brasilia referred questions about Bolsonaro’s trip to the Brazilian president’s office.

Bolsonaro’s exit follows weeks of silence, after he lost Brazil’s most fraught election in a generation.

Some of Bolsonaro’s supporters have refused to accept Lula’s victory, believing his baseless claims that the October election was stolen. That has contributed to a tense atmosphere in the capital Brasilia, with riots and a foiled bomb plot last week.

In his social media address, Bolsonaro labeled the bomb plot a “terrorist act” for which there was no justification. He sought to distance himself from George Washington Sousa, the man who confessed to making the bomb, and who told police that Bolsonaro’s call to arms inspired him to build an arsenal of guns and explosives.

“The man had ideas that are not shared by any citizen, but now they classify him as a ‘Bolsonarista’,” the president said.

Yet Bolsonaro also praised protesters who have been camping outside army barracks across the country, urging the military to stage a coup.

“I did not encourage anyone to enter confrontation,” he said, adding that his supporters had merely been seeking “freedom.” He said the protests had been “spontaneous,” with no leadership or coordination.

Bolsonaro’s swift exit was a disappointment for many on the right, where his reputation has taken a beating for his post-election silence. Some of his diehard supporters at the entrance of the Alvorada Palace, the presidential residence where he lived, called him a “coward” during his speech, according to a Reuters witness.

Others felt abandoned by his departure.

“It feels as if my boyfriend has left me,” said Deise Casela, a 57-year-old widow, touching the Brazilian flag that was lowered after Bolsonaro left the residence. “I am mourning again.” – Rappler.com