DEATH. Gravediggers lead the coffin of Jose Roberto Inacio, 63, who passed away due to the coronavirus disease (COVID-19), in Piratininga, Sao Paulo state, Brazil March 24, 2021.

Facebook Twitter Copy URL
Copied
As much of the world appears to be emerging from the worst of the pandemic, Brazil's health system is buckling

José Roberto Inácio spent much of his life ferrying the sick and injured to the hospital in this quiet Brazilian town.

On Wednesday, March 10, the retired ambulance driver took the familiar route once more – as a passenger gasping for breath.

By the weekend, the 63-year-old’s kidneys were failing. He needed dialysis. He needed intensive care.

But at the small hospital where he was being treated even basic medical supplies, like a catheter, were lacking. He joined the list for a bed in an intensive care unit (ICU), but doctors told his family there were 70 people in this part of Sao Paulo state already in line.

Bauru, the nearest major town, only has 50 intensive care beds – and all were full.

“All his life he worked to save people, but in the hour that he needed help, there was nothing for him,” Inácio’s son Roberto, 41, told Reuters, eyes still blank with shock. “You watch a person dying, and you can’t do anything about it.”

Inácio was one of 3,251 people in Brazil killed by COVID-19 on March 23, then the highest daily death toll since the pandemic began. Around the world, nearly one in three COVID-19 deaths were Brazilian. Inácio was one.

As much of the world appears to be emerging from the worst of the pandemic, Brazil’s health system is buckling. Across the country there are over 6,000 people waiting for an ICU bed, according to government data. In 15 of Brazil’s 26 states, ICU capacity is at or above 90% full, as the country’s P1 variant fuels a second wave far deadlier than the first.

Even in Sao Paulo, Brazil’s wealthiest state with a sophisticated public hospital network, scores are dying in line for intensive care.

Despite the crisis, President Jair Bolsonaro continues to ridicule stay-at-home measures. He rarely wears a mask and has said he does not plan to get vaccinated. He told Brazilians to “stop whining” about the number of dead, now over 300,000 – the world’s second-highest toll behind the United States.

Brazil, a major global economy once lauded for its public health victories, has also been slow to secure vaccines for its 210 million inhabitants. Less than 10% of adults have received a first dose and only 3% are fully vaccinated.

Epidemiologists fear the worst is yet to come.

“This is going to be devastating,” said Albert Ko, a professor at Yale School of Public Health with decades of experience in Brazil. “Unless there’s a change in federal and state government policies, towards implementing effective lockdowns, we’re looking at a real humanitarian crisis.”

A giant billboard of Bolsonaro greets visitors to Bauru, a town of 400,000 about a four-hour drive from Sao Paulo.

The mayor, Suéllen Rosim, has railed against lockdown measures and aligned herself with the far-right leader. Last month, she defied a state government order to close nonessential businesses, allowing many to remain open despite surging COVID-19 cases.

A court ruling finally forced her to comply, but she continues to argue lockdowns are ineffective despite overwhelming evidence they have worked across the globe.

“There’s no science that shows that if I lock everyone up at home, everything will get better,” she told Reuters. “Bars and restaurants have been shut for weeks and the numbers haven’t stopped going up.”

She blamed the state for a lack of ICU capacity.

In response, the Sao Paulo government said it was working to increase the number of hospital beds in Bauru and across the region. The state criticized the municipality, which it said did not fund a single intensive care bed.

“The town is also responsible for the increase of intensive care and should do its part,” the state said in a note to Reuters.

On Bauru’s front line, doctors are exhausted, understaffed, and under-resourced against the relentless tide of infections.

“People have been talking for months about the risk of the public health system collapsing,” said Fred Nicácio, a doctor treating COVID-19 patients in Bauru. “Sadly, that moment has come.”

Ambulances dart across town carrying patients connected to green oxygen canisters, their belongings in black trash bags by their feet.

One patient in his 40s, between concentrated breaths, said he now understood the virus was no joke, as medics wheeled him into the hospital.

Beds are so scarce in Bauru that desperate relatives are turning to the courts, hiring lawyers to secure injunctions that would force hospitals – public or private – to take in patients. 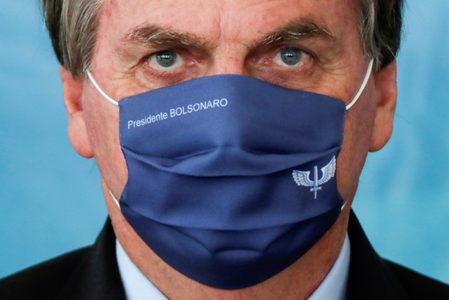 But lawyers cannot create ICU beds where there are none. Even private hospitals are struggling, sometimes begging the public sector to take patients needing intensive care off their waitlists.

Inácio’s son is haunted by the belief that his father’s death could have been avoided. If a vaccine had reached him in time, if his hospital had an extra catheter, if an ICU bed had become available.

Last Wednesday, one week after entering the hospital he knew so well, Inácio was buried.

Four men in white hazmat suits drove his body in a minivan the two blocks to the cemetery. They carted the wooden coffin between the rows of dead to a break in the red dirt.

No words were spoken. The only sound was the scratching of mortar and brick as the tomb was sealed.

From a distance, his son watched. – Rappler.com