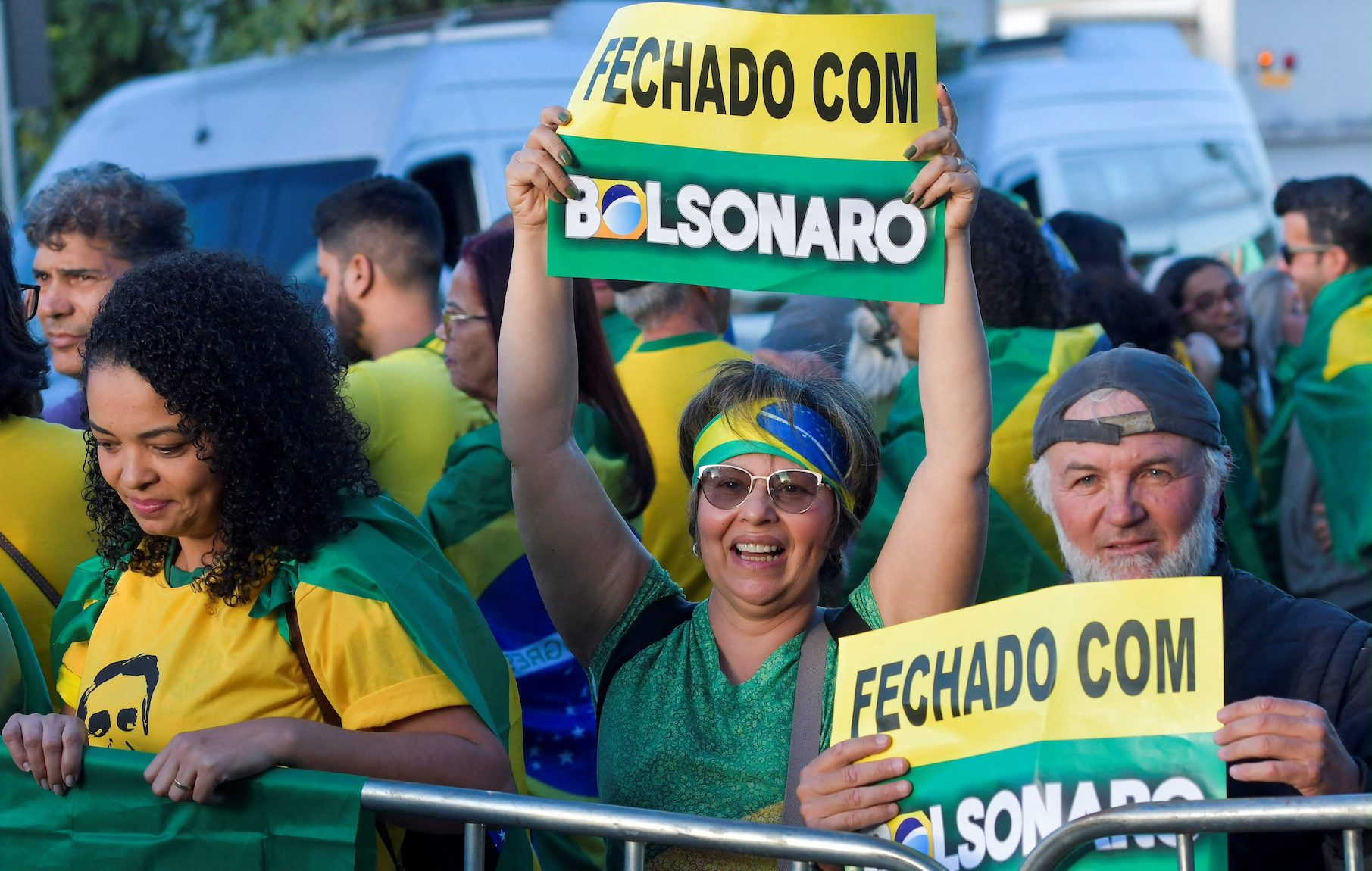 Facebook Twitter Copy URL
Copied
Parlasur, the parliament of South American trade bloc Mercosur, will send a formal observer mission for the first time in Brazil, as will the US-based Carter Center and the International Foundation for Electoral Systems

BRASILIA, Brazil – Brazil is preparing to receive a record number of international observers for its October election, according to electoral authorities and participating organizations, amid a polarized presidential race in which President Jair Bolsonaro has questioned the reliability of electronic voting machines.

Bolsonaro’s government objected to an invitation last month extended by Brazilian electoral authorities to the European Union to send observers for the first time, sinking that proposal.

But the parliament of South American trade bloc Mercosur, known as Parlasur, will send a formal observer mission for the first time, as will the US-based Carter Center and the International Foundation for Electoral Systems (IFES).

The 34-nation Organization of American States also will send more observers than it did in 2018, when Bolsonaro was elected.

“We don’t know the size of the mission yet, that will depend on the money available, but we intend to make it bigger,” said a source at the hemispheric forum in Washington, requesting anonymity to comment on preliminary discussions. “In 2018, there were 40 observers and we want to exceed that number.”

Bolsonaro, a far-right populist, gave vocal support to former US president Donald Trump’s baseless allegations of fraud in the 2020 election. He has raised similar doubts about Brazil’s electronic voting system, calling it liable to fraud, without providing evidence.

Those allegations, along with Bolsonaro’s criticism of the electoral authorities who defend Brazil’s voting systems, have raised concerns he might not accept defeat by his leftist rival Luiz Inacio Lula da Silva, who is leading in opinion polls.

“For this reason we are inviting, in an unprecedented way, all international organizations and specialized centers to act as observers of our election,” Edson Fachin, head of Brazil’s Superior Electoral Court (TSE) said last week.

“We are aiming for more than 100 international observers during the electoral process,” said Fachin, one of a rotating set of Supreme Court justices running the TSE this year.

Parlasur was invited by the TSE to send representatives for the 2018 election as foreign guests. This year, it will send an official election observation mission for the first time, according to the mission’s director Alexandre Andreatta.

He said the mission would have between 10 and 20 members.

The Carter Center, which has been a pioneer of international election observation since the 1980s, said it will send an exploratory mission to Brazil in June to study the possibility of observing the October vote, a spokesperson said.

The Community of Portuguese Speaking Countries has confirmed it will send election observers, Fachin said, and the Global Network on Electoral Justice, a pro-democracy organization, has been invited to do so, Fachin said. European electoral authorities have been invited as guests, he said. – Rappler.com