Recovered from virus, Brazil’s Bolsonaro says there’s nothing to fear 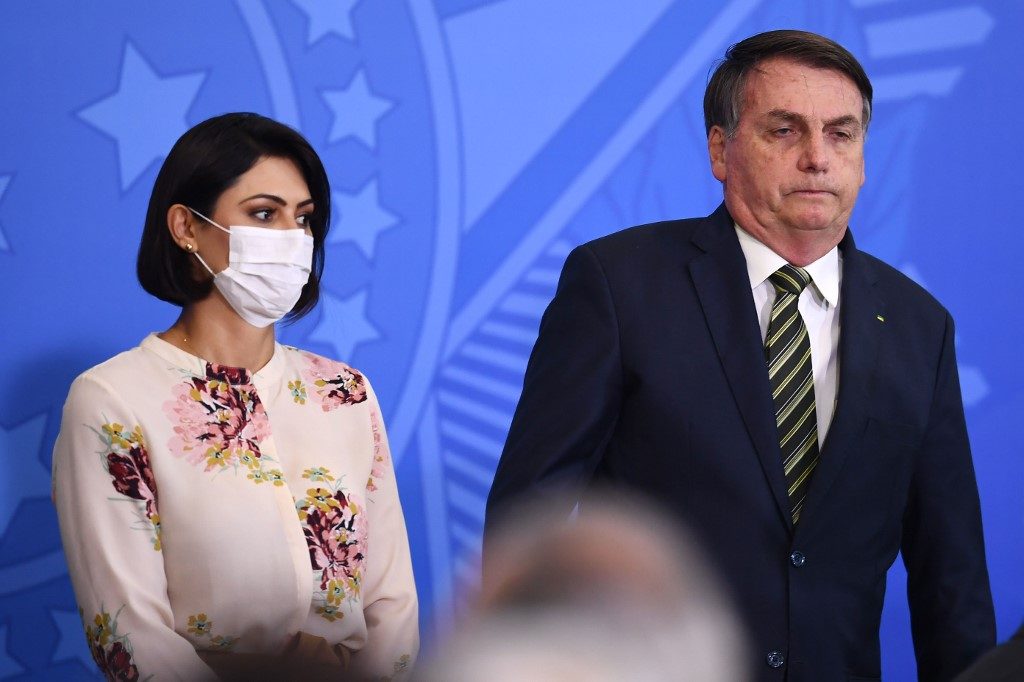 Facebook Twitter Copy URL
Copied
The far-right leader's latest bid to downplay the pandemic comes as Brazil closed in on the grim milestone of 100,000 people killed by the virus, the second-highest death toll in the world after the United States

Fresh off a bout of COVID-19, President Jair Bolsonaro said Friday, July 31, nearly everyone will probably end up catching the new coronavirus, urging Brazilians to “face up to it” and saying there was nothing to fear.

The far-right leader’s latest bid to downplay the pandemic came as Brazil closed in on the grim milestone of 100,000 people killed by the virus, the second-highest death toll in the world, after the United States.

Bolsonaro, who is just coming off 3 weeks in quarantine with a case of the virus, pointed to his own case as an example.

“I’m in the high-risk group,” the 65-year-old president told journalists during a visit to the southern state of Rio Grande do Sul.

“I regret the deaths. But people die every day, from lots of things. That’s life.”

Bolsonaro has faced criticism for his handling of the pandemic as it has surged in Brazil, the country with the second-highest number of cases and deaths in the world: more than 2.6 million and 92,000, respectively.

Bolsonaro, who has compared the virus to a “little flu,” has fought stay-at-home measures to contain it and regularly flouted social distancing guidelines, hitting the streets of Brasilia to exchange handshakes and hugs with supporters.

He tested positive for the virus on July 7 after coming down with a fever, and spent 3 weeks in isolation at the presidential palace.

On Thursday, in his first public event since his illness, he greeted a crowd of supporters in the northeastern state of Piaui, removing his face mask to loud cheers.

The same day, the president’s office announced his wife had tested positive for the virus.

Bolsonaro later revealed he was again feeling poorly and was taking antibiotics for an infection that he called “moldy lungs” caused by inactivity during his quarantine.

He is instead pushing the drug hydroxychloroquine as a treatment for the virus, and took it himself when he was infected, despite numerous studies finding it has no benefit against COVID-19. – Rappler.com