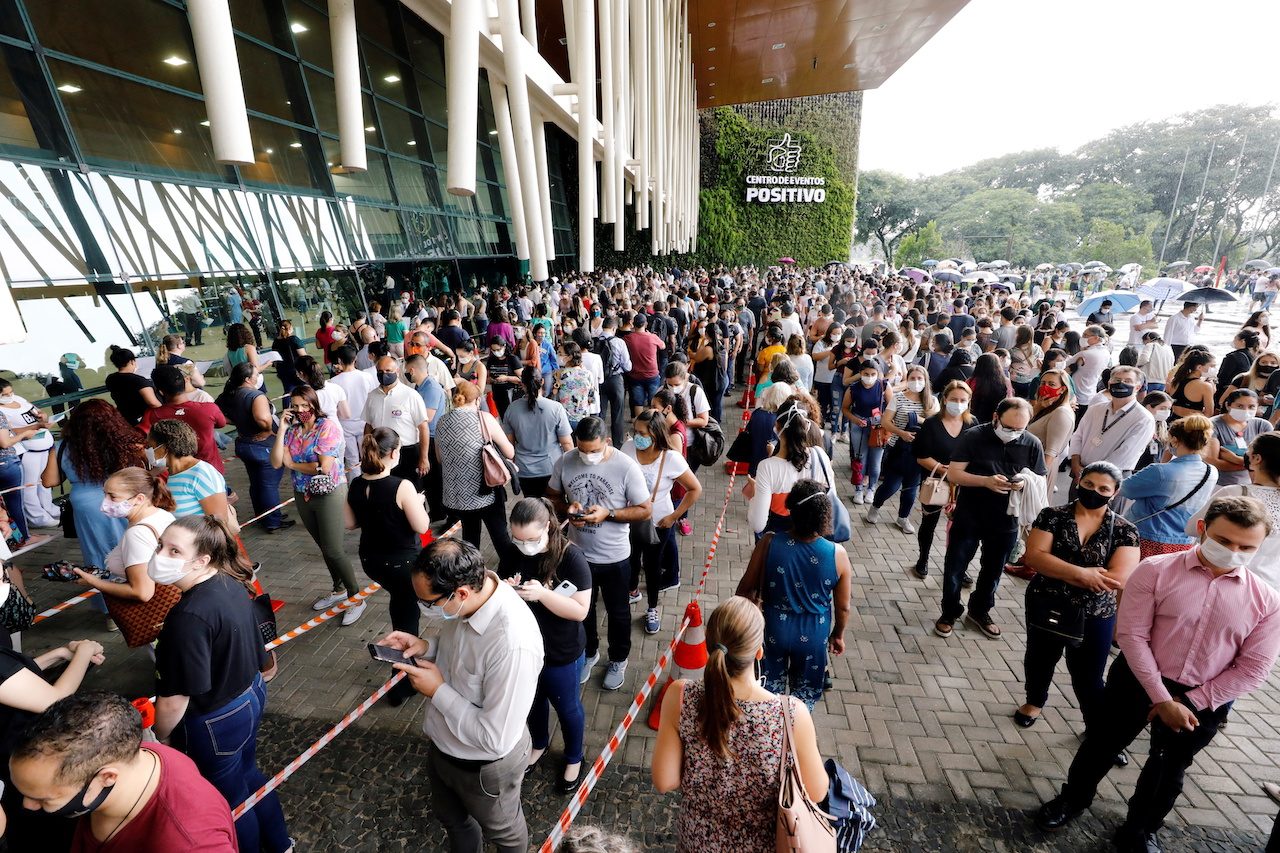 LINE. Healthcare workers line up before receiving the first dose of the Sinovac's CoronaVac coronavirus disease (COVID-19) vaccine in the Positivo event center at the Barigui Park in Curitiba, Brazil January 28, 2021.

Researchers in southern Brazil said they have discovered patients infected with two different strains of the new coronavirus simultaneously, reflecting concerns about the growing number of variants in the country.

The researchers, who posted their findings Wednesday, January 27, on medical website medRxiv, said their study would be the first in the world to confirm co-infection with two strains of the coronavirus. The study has yet to be published in a scientific journal and has not been peer reviewed.

The patients, both in their 30s, were infected in late November with the P.2 variant of coronavirus identified in Rio, also known as the B.1.1.28 lineage, and simultaneously tested positive for a second variant of the virus.

Their symptoms were reportedly mild, with a dry cough in one case, and coughing, sore throat, and headache in the second. They did not require hospitalization.

The cases underscore how many variants could already be circulating in Brazil and raise concerns among scientists that the co-existence of two strains in the same body could speed up mutations of new variants of coronavirus.

“These co-infections can generate combinations and generate new variants even more quickly than has been happening,” said the study’s lead researcher Fernando Spilki, a virologist at Feevale University in Rio Grande do Sul state.

“It would be another evolutionary pathway for the virus,” Spilki added.

New variants bring the risk of greater transmissibility and possible resistance to vaccines currently being developed. Mutations found in coronavirus variants in Britain and a more recent one in the Brazilian state of Amazonas appear to have made the virus more contagious.

The cases point to the significant viral load circulating in Brazil because co-infection can only occur when different viruses are being transmitted in high quantity, Spilki said. – Rappler.com