The Brazilian city being turned into a coronavirus ‘lab experiment’ 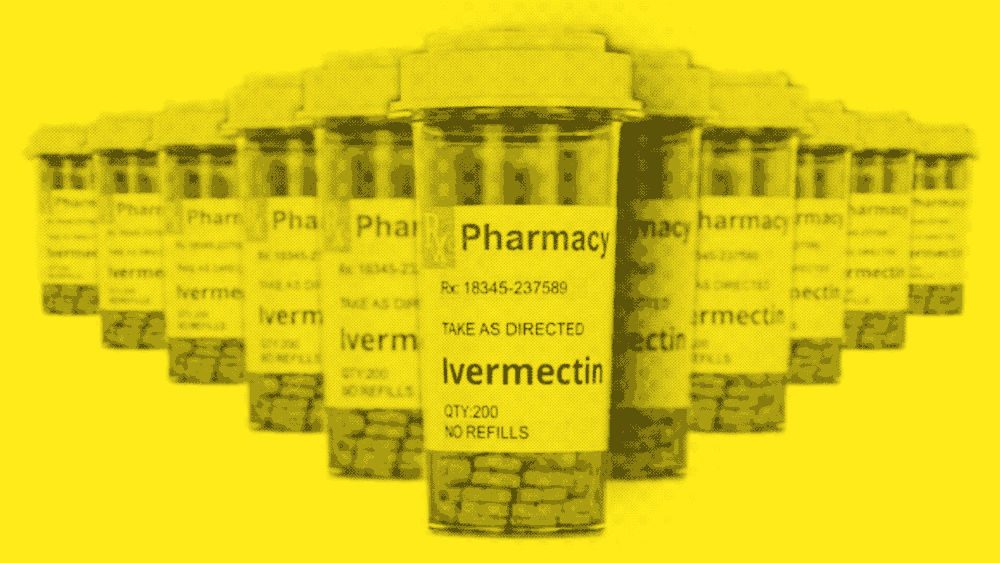 Facebook Twitter Copy URL
Copied
In a country with the world’s second-highest pandemic death toll, public officials and doctors are promoting a drug that scientists say is unproven against COVID-19
As published byCoda Story

The coastal city of Itajaí in southern Brazil is known for its port and sandy beaches, but recent questionable attempts to hold Covid-19 at bay have brought an additional notoriety. In early July, Mayor Volnei Morastoni — who also happens to be a doctor — took to social media to announce a massive giveaway of the antiparasitic drug ivermectin. The aim of the program was to protect residents against a disease rampaging across the country.

The only problem is that this widely used antiparasitic drug is unproven as a treatment or a protection against the coronavirus.

Proclaiming ivermectin “another weapon in our war against the coronavirus,” Morastoni urged everyone to embrace its use, avoid crowds and wear masks. Soon after, people began to line up outside the city’s 200,000 square foot events center to collect their allocation of the miracle immunity-boosting pills. Some had even taken a ferry from a neighboring municipality.

Behind the United States, Brazil has the second-highest Covid-19 infection figures in the world, with more than 3,600,000 confirmed cases and 115,300 deaths. People were understandably desperate to be shielded from the virus.

Morastoni’s move was not without precedent. In late April, Itajai’s local authorities launched a campaign to distribute the homeopathic remedy Camphora to residents as a protective measure. Soélia Fernandes Ferreira Nunes, a local accountant, dismissed the whole idea, skeptical that a single dose of five small pellets could prevent her from contracting the disease.

Her approach to ivermectin was different. Nunes believed that the drug was safe, because she had given it to her eight-year-old daughter during an outbreak of head lice at school. Despite the absence of conclusive scientific evidence to support the use of ivermectin, she decided that she and her family would take a chance on it.

“I figured it couldn’t do any harm,” she told me over the telephone. “If it’s something that can improve my immunity and make my body healthier, then I want it.”

After two of the three suggested doses, Nunes said that she and her daughter both experienced nausea and diarrhea. Although both are known side effects of ivermectin, she said that at one point she feared they could be symptoms of Covid-19.

Nunes, 48, also takes prescribed medication for high blood pressure. She said that she did consider whether taking ivermectin would have an adverse reaction with it, but did not consult with a physician.

“I also felt dizzy, I would be walking and have to lean on the fridge,” she added, describing another known reaction to the drug. “My husband said it was out of nervousness from following the news.”

As of July 31, authorities in Itajaí had handed out more than 1.5 million ivermectin pills. The town’s attempts to battle Covid-19 have attracted both praise and criticism — the latter especially after Morastoni suggested that diagnosed coronavirus patients should undergo rectal ozone therapy.

Some residents told me that they felt like “a national joke” and a “lab experiment,” and complained about misallocation of resources. The town has spent roughly $800,000 on ivermectin, but its death toll and case numbers continue to rise. When the initiative launched in early July, the city had confirmed 2,138 coronavirus cases and 45 deaths. By August 23, these figures had jumped to 5,020 and 144, according to the local government’s own data.

Nunes said she feels conflicted about taking the medication. She doesn’t believe that a cure for Covid-19 exists yet, but hopes that ivermectin will make her more resistant. Acknowledging the contradictions of her stance, she also said that she tries to follow recommendations by reputable health authorities and scientists, not politicians.

“It’s municipal election year and this is all campaign material,” she said. “They aren’t looking at lives, they’re looking at votes.”

Across Brazil, public officials, doctors and journalists are promoting ivermectin as a silver bullet. Despite contracting the virus himself, President Jair Bolsonaro has downplayed Covid-19 as a “little cold,” opposed lockdown measures and touted drugs like hydroxychloroquine as an answer. At least one of his ministers has alluded to the alleged benefits of ivermectin. Whether on its own or in combination with other medicines and supplements, the idea of repurposing this widely available drug is gaining traction in Latin America.

The surge of interest in ivermectin can be traced back to an Australian study published in April. The research conducted by Monash University showed that a single dose could eliminate the virus within 48 hours in a laboratory setting.

Scientists behind the research have noted, however, that clinical trials, of which at least 33 are ongoing worldwide, are still needed to determine the effectiveness on humans. “The potential use of ivermectin to combat Covid-19 remains unproven,” they stated.

The Pan American Health Organization has advised against the use of ivermectin to treat or prevent Covid-19, warning of a number of observational studies with high risk of bias and low certainty of evidence. One such paper prompted several Latin American leaders to endorse the drug, but has since been found to be based on unreliable data and retracted.

“There is a political narrative and a disinformation strategy in place to minimize the pandemic and make people think there’s an easy solution,” Fred Fernandes, a pulmonary specialist atHospital das Clínicas at the University of São Paulo Medical School, told me by telephone. “You replace one magic potion with another as a way to circumvent what scientific evidence is showing.”

On social media, proponents of ivermectin have resorted to fallacies and half-truths to support their claims, including that the long-standing use of the drug in Africa has helped to keep the pandemic under control on the continent.

Brazil’s main champion of ivermectin, Lucy Kerr, an ultrasound expert who talks about the supposed danger of mammograms to women, claims to have cured at least 20 patients in two days after reading the Australian study’s findings. The mayor of Itajaí has called her a “pioneer in the fight for ivermectin.” She often points to personal observations and testimonies shared by colleagues on WhatsApp groups as proof of the drug’s benefits. Her videos endorsing the drug, one of which was recently taken down by YouTube for spreading misinformation, reach hundreds of thousands of people.

“In-vitro studies required a dose 10 times higher than what’s currently used in tablets to have a modest action in terms of preventing viral replication,” said Margareth Dalcolmo, a pulmonologist and researcher with the Rio de Janeiro-based Oswaldo Cruz Foundation’s National School of Public Health, who has recovered from the disease. Her institution is part of a collective international effort led by the World Health Organization to test potential treatments for the coronavirus. Ivermectin is not included on this list.

“The way these pills, which I call ‘hope drugs,’ are being administered and distributed like candy bags, it’s very detached from reality. It’s irrational and reckless,” Dalcolmo added.

In June alone, 8.6 million packages of ivermectin, usually containing two or four pills, were sold nationwide. In response to the unprecedented demand, Anvisa, the Brazilian health regulator, prohibited the purchase of ivermectin without a prescription and underscored that there are no approved drugs for the prevention or treatment of Covid-19.

On Facebook groups such as Friends of Ivermectin, which has 6,000 members, users say that soaring prices and stock shortages have made the medication more difficult to get hold of. As a result, some people appear to be turning to veterinary versions. In line with a recent statement from the U.S. Food and Drug Administration, governing bodies representing veterinarians and pharmacists in Brazil have cautioned against the use of drugs intended for animals.

Instead of science-based information, the tone of conversation around ivermectin is increasingly being set by anecdotal evidence. Across social media, enthusiasts attribute their own or a relative’s recovery to the supposed “lifesaving properties” of the drug, urging others to publicly share similar stories.

Amid escalating political polarization in the country, Leonardo Weissmann, a consultant with the Brazilian Society of Infectious Diseases, said the drug has sparked “an ideological war.”

“No one speaks the same language anymore,” he added.

Nunes, her husband and daughter are set to take the last dose of ivermectin any day now. She still fears the disease, especially when notifications from the local government pop up on her phone about confirmed cases in her neighborhood.

However, unlike many of her fellow Brazilians, who have continued to crowd beaches and parks and are refusing to wear masks, she plans to stay at home in self-quarantine. “They think they are Superman or Wonder Woman and they are living as if there was no tomorrow,” she said. “But I won’t feel safe until there is mass testing and a vaccine.”

“I fear becoming one of those cases that end up on television of families who don’t have a chance to say goodbye to their loved ones.” – Rappler.com

Isabela Dias is an independent journalist based between the U.S. and Brazil. She writes about Latin America, immigration and human rights.