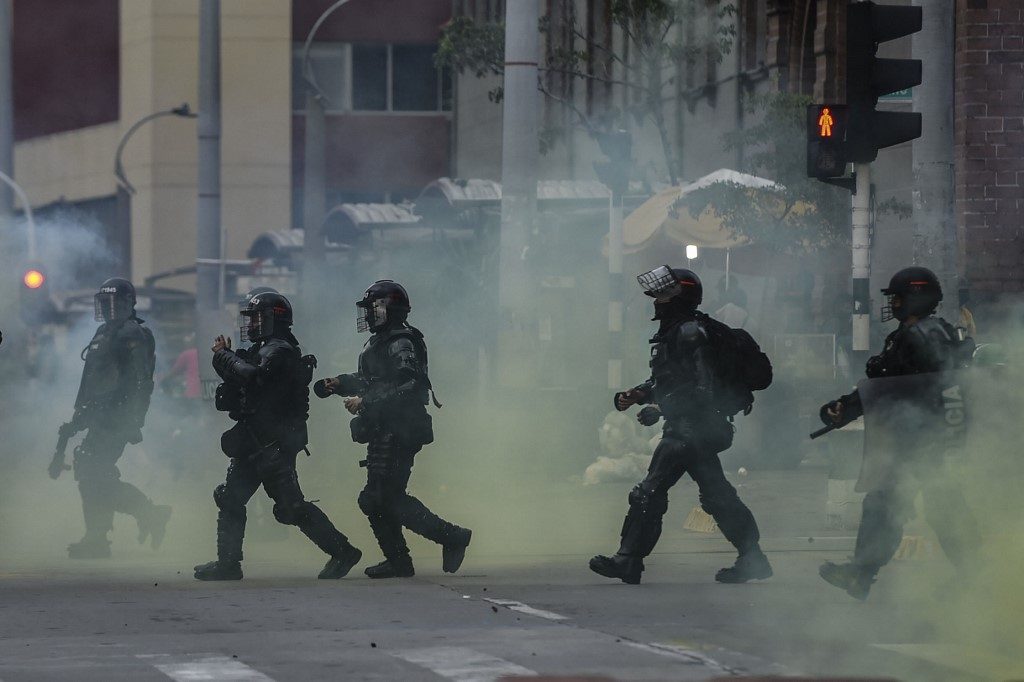 Riot police clash with demonstrators during a third straight day of protests against police brutality in Medellin, Colombia on September 11, 2020. - Colombia's defense minister on Friday publicly apologized for police brutality after the death of a man in custody sparked two nights of deadly rioting in the capital Bogota and other cities. (Photo by JOAQUIN SARMIENTO / AFP)

Colombian prosecutors on Friday, September 18, charged two police officers with torture and aggravated homicide after the death of a man in custody sparked deadly rioting in the capital and other cities. (READ: Colombia apology for police brutality fails to stop protests)

The two police involved in the arrest of Javier Ordonez, who was repeatedly tasered before dying later in custody, were charged with “torture and aggravated homicide,” prosecutor’s office official Francisco Barbosa said.

Five other police officers are under investigation in the case.

Thirteen people were killed in the protests, most from gunshot wounds, according to Bogota’s leftist mayor, Claudia Lopez, who accused police of firing on the protesters.

Public outrage was fueled by a video of Ordonez pleading with police as he lay on the ground being repeatedly shocked by the taser.

A lawyer for the victim’s family claimed the 43-year-old engineer had died later at a police station, after being brutally beaten.

Riots which also hit the cities of Medellin and Cali wounded more than 500 people, including 285 civilians and 315 police.

Defense Minister Carlos Holmes Trujillo was forced to apologize for the death of Ordonez, a father of two. – Rappler.com